By Alyssa Camparo on August 6, 2016 in Articles › Billionaire News

The future of one of fashion's biggest names has now been decided. Last week, Giorgio Armani announced he intends to create a foundation to safeguard the interests and autonomy of his company. While it's unclear how much of Mr. Armani's $9.6 billion fortune will go into the foundation, the foundation will, at the least, manage the approximately $3 billion fashion house he started in 1975.

Armani is one of the last independently owned fashion houses of its scale, and the designer whose name the label bears, is its owner, creative director, and CEO. Even at 82 years old, Mr. Armani is heavily involved with the day-to-day operations of the brand, including collection design. Allegedly, the fashion icon is so meticulous and hands-on that he even decides how the light switches look in his hotels. 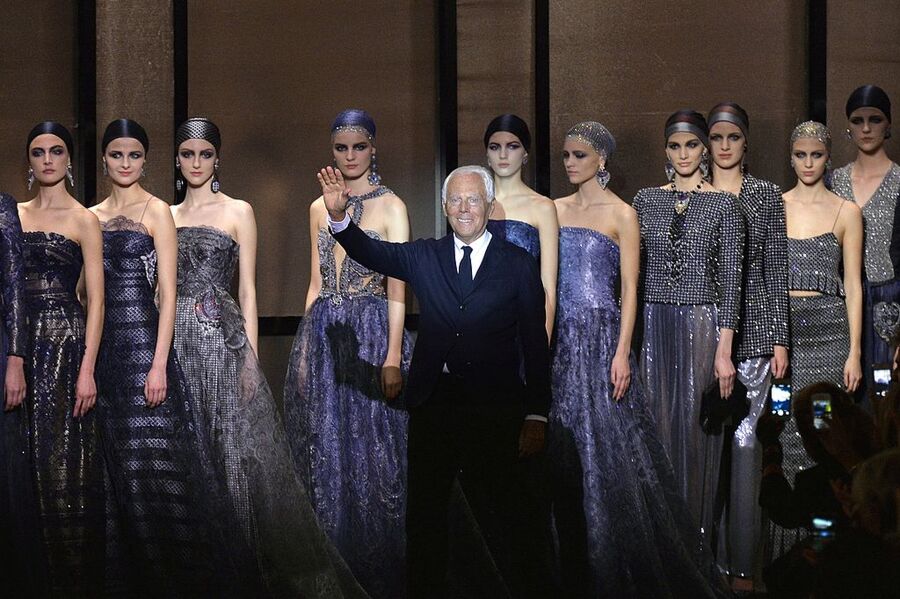 Although fashion conglomerates like LVMH and Kering have tried to convince Mr. Armani to sell the brand, he has consistently said no, arguing that mega-groups tend to erode the values of the labels they buy. His tight commitment to his label has led to concerns about succession quandaries, especially because Mr. Armani has no children. His nephew and two nieces do have spots on the board though.

"While I am alive, there will be independence," Mr. Armani told reporters last September after his spring-summer fashion show in Milan. "Soon after, perhaps I will have prepared the ground for a type of independence that is more measured, more controlled.

The designer who rose to prominence dressing Richard Gere in the 1980 film American Gigolo, may have found the type of controlled independence he was seeking. According to industry expert Marie Driscoll, "A foundation will be legally bound to honor Mr. Armani's wishes and is likely to protect and prolong the strong brand equity he has developed over the course of his career."

A foundation may also help the Armani brand avoid the pitfalls that have bedeviled other Italian-family-owned fashion companies. After fashion icon Gianni Versace was tragically murdered by a deranged fan outside his Miami mansion, his brother, sister, and niece struggled to put the pieces of his empire back together. Squabbles within the founding family also caused the Gucci brand to suffer. A foundation can provide clear direction.

In his statement, Mr. Armani said the company must stay committed to "innovation and excellence," and enjoy "appropriate investments, prudent and balanced financial management, limited recourse to debt and a careful approach to acquisitions." Although the next head of the company will certainly have some big shoes to fill, Mr. Armani's certainly laid the groundwork for future success.