By Brian Warner on September 6, 2022 in Articles › Billionaire News

At the beginning of the year, Gautam Adani's net worth was $75 billion. And while that was clearly a massive personal fortune, back on January 1, 2022, $75 billion wasn't enough to rank Gautam as one of the 10 richest people on the planet. He was #13. In fact, $75 billion wasn't even enough to make Gautam the richest person in his native India! He ranked second, behind Mukesh Ambani.

Fast forward to the present and the rankings have shifted quite a bit. Today, not only is Gautam the richest person in India, he's the third richest person in the world overall. He is the first person from Asia to rank in the top 3 of the world's richest people. 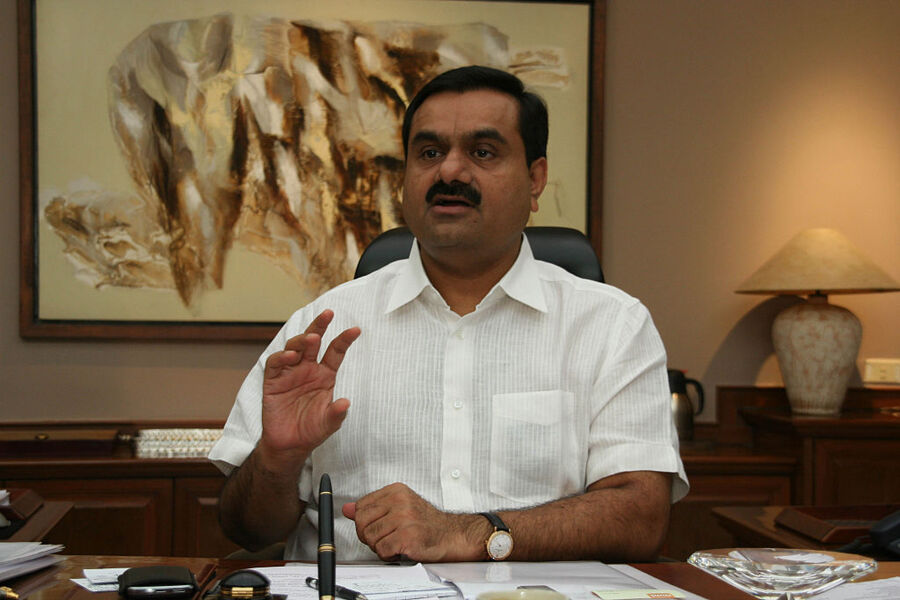 As we stated a moment ago, when Gautam Adani started the year, his net worth was $75 billion. At that point, he was $15 billion poorer than Mukesh Ambani, India's longtime richest citizen.

In the last eight months, Mukesh's net worth has dropped by a little more than $1 billion. Today Gautam is the richest person in India by a margin of $53 billion.

The Third Richest Person in the World

Today Gautam Adani's net worth is…

That's a $67 billion increase since the beginning of the year. No other billionaire on the planet has seen their fortune grow as much as Gautam Adani this year. The person whose net worth has grown the second-most in 2022 is Swiss fin-tech billionaire Guillaume Pousaz. Guillaume's net worth has increased a mere $12 billion year-to-date, from $7.5 billion to $19.5 billion.

Jeff Bezos started the year with a net worth of $190 billion, a full $110 billion more than Gautam.

On the literal flip side, Jeff Bezos has NOT had a very good year in terms of personal wealth. Year-to-date, Amazon's stock price has dropped 25%. That drop has shaved $41 billion from Jeff Bezos' net worth, leaving him with $149 billion today.

Out of all the billionaires in the world, Jeff has lost the fourth-largest year-to-date fortune. Bernard Arnault has seen his fortune drop $46 billion, Mark Zuckerberg has lost $66 billion and Binance founder Changpeng Zhao has lost $67 billion.

So not only has Gautam already jumped from #13 to #3 in the year so far, but he's within striking distance topping Bezos to become the world's second richest person.

Gautam still has a ways to go before unseating Elon Musk, whose net worth currently stands at $240 billion even after dropping $30 billion in the year so far.

Gautam Adani earned his fortune as the founder of the Adani Group which owns interests in power plants, ports, coal mining, gas and more. He owns 75% of the publicly-traded Adani Enterprises which he founded in 1988. 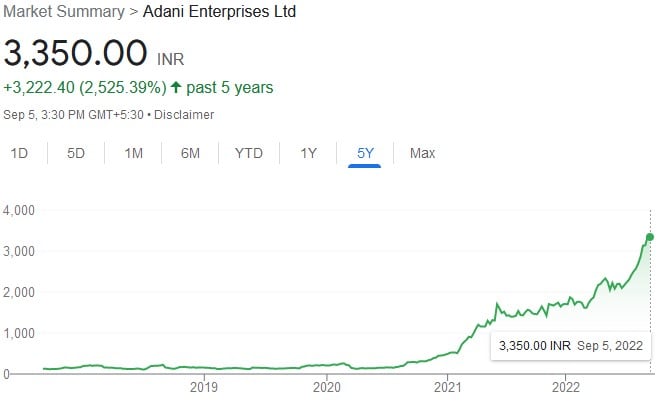 How do you think the world's richest people will rank by the end of 2022? Do you think Bezos will put up a fight to hold on to spot #2? Can you fathom a world where Elon Musk is unseated by Gautam Adani?