By Alyssa Camparo on May 20, 2016 in Articles › Billionaire News

Environmentalists rarely find reason to cheer. But this week, the Bill and Melinda Gates Foundation, the largest private philanthropy in the United States, gave them something to celebrate when it sold its entire $187 million stake in oil giant BP.

According to recent Securities and Exchange Commission filings obtained by The Guardian, the Foundation sold all of its shares in the oil company between September and December of 2015.

The Gates Foundation doesn't comment on its investments, so the motives for the sale are unclear. But Bill Gates told The Atlantic just last fall – as his Foundation was selling its BP stock – that he thought divestment was a "false solution" to climate change. It's likely the move has less to do with the health of the planet and more to do with the health of the Foundation's portfolio.

In November 2015, the Canadian research company Corporate Knights analyzed the Gates Foundation's investments and found that the philanthropy lost approximately $2 billion in three years by not decarbonizing its portfolio in 2012.

The finding isn't surprising. Oil prices are tanking and BP posted its largest ever annual loss, losing $6.5 billion in 2015. The oil company has hinted it may have to cut dividends if oil prices remain low. Big shareholders, like the Gates Foundation, can't be too fond of dividend-less holdings.

But some are hopeful the motivation behind the sale isn't totally economic. Before pulling its holdings out of BP, the Gates Foundation also sold off more than 8 million shares of Exxon worth nearly $825 million, in 2015. According to Scott Montgomery, who teaches energy economics and geopolitics at the University of Washington, selling stock in Exxon couldn't have been motivated purely by financial considerations.

"Exxon is a moneymaking machine," he told the Seattle Times last November. "I suspect that was very much an ethical choice."

Of course, now Exxon is embroiled in its own controversy. States are investigating whether the oil company knowingly misled investors and the public about climate change risks. The news motivated the Rockefeller Family Fund, a family that built its fortune from oil, to pull its holdings from Exxon. Perhaps the Gates Foundation had a fortunate premonition. 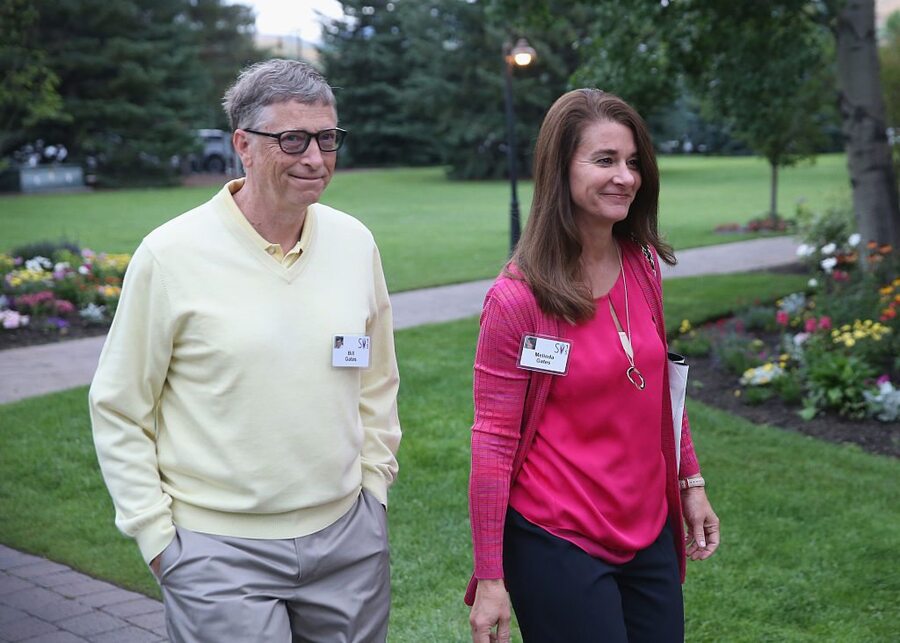 "We are thrilled that the Gates foundation continues to divest from fossil fuel stocks, but it's time to divest the rest," said Alec Connon of the Gates Divest campaign, a coalition of politicians, faith leaders, community organizers, and nonprofits based in Washington State.

Other leaders want the Foundation to voice an environmental motivation for divesting publicly.

"They're moving their financial capital – now it's time to use their moral capital and publicly commit to divestment," said Mike McGinn, who as mayor of Seattle in 2013, was the first mayor to commit a city to divestment. "By taking a public stand, Bill and Melinda Gates could help change the debate and speed up the international response to global warming."

It's likely environmentalists will cheer the Foundation's complete divestment from fossil fuel companies soon. But Bill and Melinda Gates will probably not take a public stand in favor of the move. Reinvesting their fortune in clean energy research and development may be statement enough.