By Joseph Gibson on September 24, 2021 in Articles › Billionaire News

Guo Wengui is often described as a "fugitive billionaire" due to his having fled criminal charges in his native China, and now he's reportedly run into some legal issues in the United States as well. The associate of Trump advisor Steve Bannon and primary financier of "Gettr," a social network for Trump supporters, has been hit with a $539 million fine by the Securities and Exchange Commission.

The fine, technically levied against multiple companies owned by Wengui, stems from a settlement involving illegal stock and cryptocurrency sales, and was recently announced in a press release from the SEC. The money will purportedly go towards restitution for investors who were wronged by Wengui's companies, as explained by Sanjay Wadhwa, the Deputy Director of the SEC's Enforcement Division:

"Issuers seeking to access the markets through a public securities offering must provide investors with the disclosures required under the federal securities laws. When they fail to do so, the Commission will seek remedies that make harmed investors whole, such as an unwinding of the offering and a return of the funds to the investors." 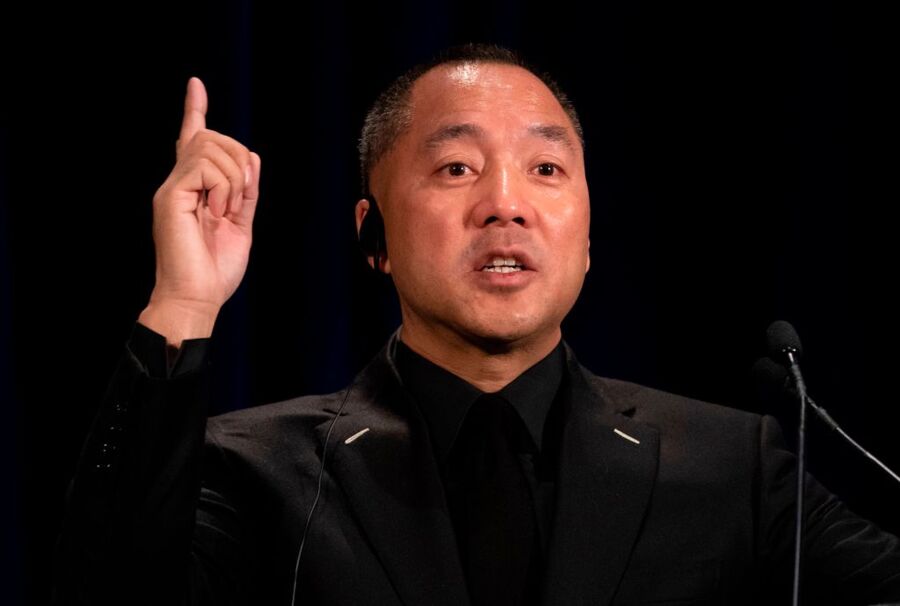 The settlement was agreed upon by Wengui's companies without admitting wrongdoing, according to the press release, and also forbids Wengui from selling any cryptocurrencies in the future.

The FBI was reportedly involved in the investigation of Wengui's business practices. It focused on the sale of stock in one of his companies called GTV Media, and unauthorized sales of cryptocurrencies called G-Coins and G-Dollars. According to the SEC, his companies made hundreds of millions of dollars on the illegal sales. As of this writing, Wengui has yet to comment on the settlement publicly.