From White Claw, To Sandwiches, To Kombucha: 10 Notable New Billionaires Of 2019

By Amy Lamare on December 27, 2019 in Articles › Billionaire News

The year (and the decade!) is almost over. It's been full of highs and lows in the stock market and in the ongoing trade war between the U.S. and China. Despite predictions of doom and gloom in regard to the price of goods due to the trade war, the year did mint a number of new billionaires. There are 200 new billionaires since January 2019. They come from all over the world, are involved in everything from down jackets to kombucha to sandwiches to White Claw. They range in age from 21 to 90. And yes, one of them, finally, is Kylie Jenner.

All 10 of these newcomers are entrepreneurs who are mostly self-made and whose products have become household names. 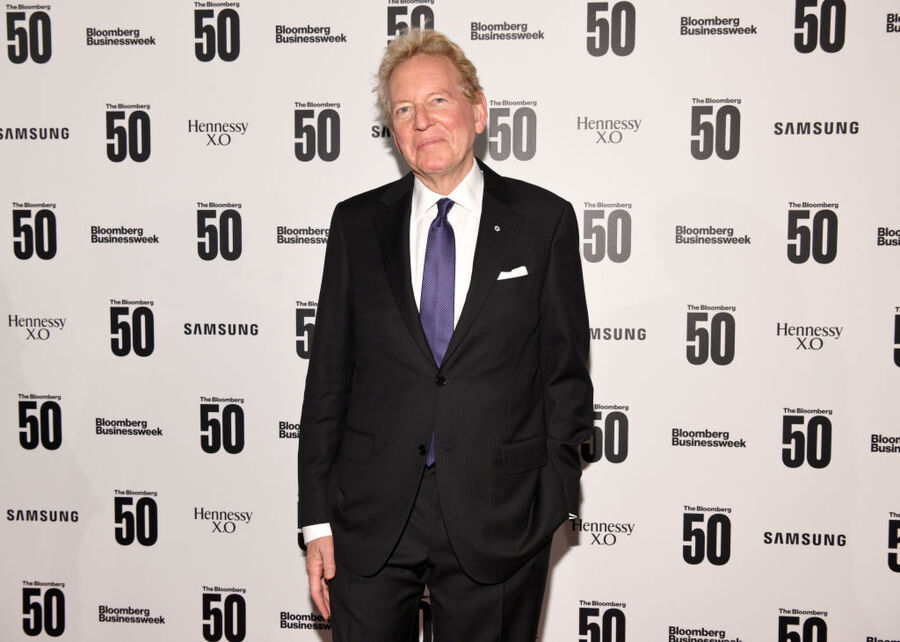 Tatyana Bakalchuk has done something that is hard to do – she has become a self-made billionaire.. Tatyana built her company, Wildberries, from nothing to a $1.2 billion online retailer. Wildberries was founded by Tatyana in 2004. It is the leader in Russian online retailing. You can buy everything from electronics to clothing. It has become one of the top five most valuable companies in Russia. The company is sometimes compared to Amazon. Bakalchuk started Wildberries a month after her first child was born. At the time, she just wanted to get back to her job as an English teacher but found the baby required a lot of her attention. She came up with the idea and she and her husband Vladislav invested $700 to launch Wildberries and an additional $70 per day on advertising. She envisioned the company as a place for people like her – a mom on a budget with limited time for shopping. Tatyana, now 43 and a mother of four children, ordered clothes in bulk from a mail-order catalog from Germany and posted the scanned photos of the clothes on her website. Today her site now sells 15,000 brands and attracts 2 million daily visitors. As founder and CEO, she led the company to $1.9 billion in revenue in 2018.

The Kombucha craze has been around for a number of years now. GT's Living Foods is the leading maker of the fermented beverage that has become a staple in the probiotics foods space. The founding story of the company involves a Buddhist nun, a cancer scare, a luxury department store, the fountain of youth, and an entrepreneurial 17-year-old from Los Angeles' ritzy Bel Air neighborhood. GT Dave, which is what he goes by – even on LinkedIn – was raised by parents who followed an Eastern philosophy, and GT Dave adopted a spiritual view of the world at a young age. In the early 90s, he was gifted a Himalayan Mother SCOBY – a symbiotic culture of bacteria and yeast which is the base ingredient used in kombucha – and was intrigued by the ancient healing properties, so he decided to brew his own tea from it. Then, in 1994, Dave's mom was diagnosed with a very aggressive form of breast cancer. She not only survived it, she completely healed from it. She had been drinking GT Dave's homemade kombucha tea. Inspired by his mom, it became his mission to make his Kombucha accessible to everyone. At 15, he started bottling his brew in the kitchen of his parents' home. GT Dave was the first person to put Kombucha on the shelves of health food stores. Now 41, GT Dave has created an entirely new product category that has grown into a mega-trend and his company has survived the onslaught of larger companies getting into the same product space. He has around 40% of the U.S. kombucha market and an estimated $275 million in annual sales.

Yes, yes, Celebrity Net Worth has eaten the proverbial crow and finally admitted that the youngest Kardashian/Jenner sister is a certified billionaire after she sold a 51% stake in Kyle Cosmetics to Coty. That gave her company, which got its start in 2015 selling lip kits, a valuation of $1.2 billion. Jenner is the youngest self-made billionaire in the world.

I've been obsessed with Kind bars for years, so seeing KIND Healthy Snacks founder become a billionaire is nice. Whether or not Kind bars are as healthy as the company claims is open to discussion. What is not open to discussion is how delicious they are. Lubetzky founded Kind in 2004. In 2017, Mars Inc. bought a minority stake in the company. In October, Kind acquired Creative Snack, Co. The company also announced it would lay off 15% of its employees by the end of the year.

Liautaud started his sandwich empire 35 years ago with a $25,000 loan from his father. It was reported this fall that Jimmy John's Gourmet Sandwiches was being acquired by the private-equity group Inspire Brands, Inc. The deal's value was not disclosed but was said to be an all-stock transaction. Back in 2016, Jimmy John Liautaud sold a majority of the sandwich franchise he founded to Roark Capital at a valuation of $2.3 billion. After that deal, Liautaud retained a 35% stake in his company and had a net worth before taxes of $1.7 billion. Before the news broke about the sale to Inspire Brands, a group that is also a part of Roark Capital, Liautaud had a net worth of $2 billion.

Lu is a serial entrepreneur who started a rental car company and a ride-hailing service before investing in Luckin Coffee. The chain's first store opened in October 2017 and now has more than 3,500 locations in China. The company went public on the Nasdaq in May. Lu was first an angel investor for the company and is now the chairman of the board. He owns about 25% of the company's stock.

Besides having a cool as hell name, Bravo is the first Puerto Rican-born billionaire. He is the hottest dealmaker on Wall Street and runs San Francisco-based buyout firm Thoma Bravo. The firm focuses on software deals and has $39 billion in assets under management. The firm has closed 230 software deals since 2003 that are worth more than $68 billion. Thoma Bravo is 100% owned by Bravo and his partners.

Wertheim started his career as a NASA engineer at Cape Canaveral where he designed a machine to make 15-inch, no-drip beeswax candles. He then went on to found Brain Power, Inc. in 1970. The company makes tints for eyeglasses. He made his first million by 1975. He took the profits from Brain Power and put them into a diversified stock portfolio that has made him a billionaire.

If you think White Claw came out of nowhere to suddenly be everywhere, well, you're not wrong. It has become a pop-culture phenomenon and a part of every basic bitch's starter package. This summer White Claw outsold every craft beer in the U.S. It also outsold Budweiser for a while. The founder of White Claw, Anthony von Mandl has been working in the spirits business since he got out of college in the early 1970s. Back then he was running a wine-importing business in Vancouver, British Columbia. He wasn't doing well. It was hard to convince Canada's draconian liquor boards to buy the foreign brands of wine he was selling. Then he hit upon an idea. That idea became Mike's Hard Lemonade. Two decades ago, you couldn't turn around without running into an ad for it, you couldn't go to a party without seeing it. They were everywhere. Fights broke out in liquor stores over the last six-packs of Mike's Hard Lemonade. These niche alcoholic beverages have made von Mandl, now 69, a multi-billionaire with an estimated net worth of $3.4 billion.

Divorcing Jeff Bezos has made MacKenzie Bezos the fourth-richest woman in the world and the 15th -richest person in the world. Her divorce settlement is the largest in history. Of course, she was integral to the founding and growth of Amazon. She was awarded 25% of Jeff Bezos' stock in Amazon. Shortly after, she did something Jeff has not done, joined the Giving Pledge.