By Amy Lamare on December 26, 2020 in Articles › Billionaire News

Margarita Olegovna Bogdanova was born in Leningrad, Russia in 1962. Her parents died when she was 11 and was raised by her grandfather. She studied law and economics in Moscow and Leningrad. In 1988, she was on a flight from Zurich to London when she met Robert Louis-Dreyfus. At the time she was selling electronic components in Russia. That flight changed the course of her life. Margarita and Robert married in 1992. She became the wife of a billionaire. The couple had three sons – Eric in 1992 and twins Maurice and Kyril in 1997. Robert died in 2009 after his battle with leukemia and Margarita took over as chairman of the venerable Louis Dreyfus Group. Louis Dreyfus is a global merchant with interests in agriculture, food processing, shipping, and finance. It owns and manages hedge funds, ocean vessels, telecommunications infrastructures, and real estate development. 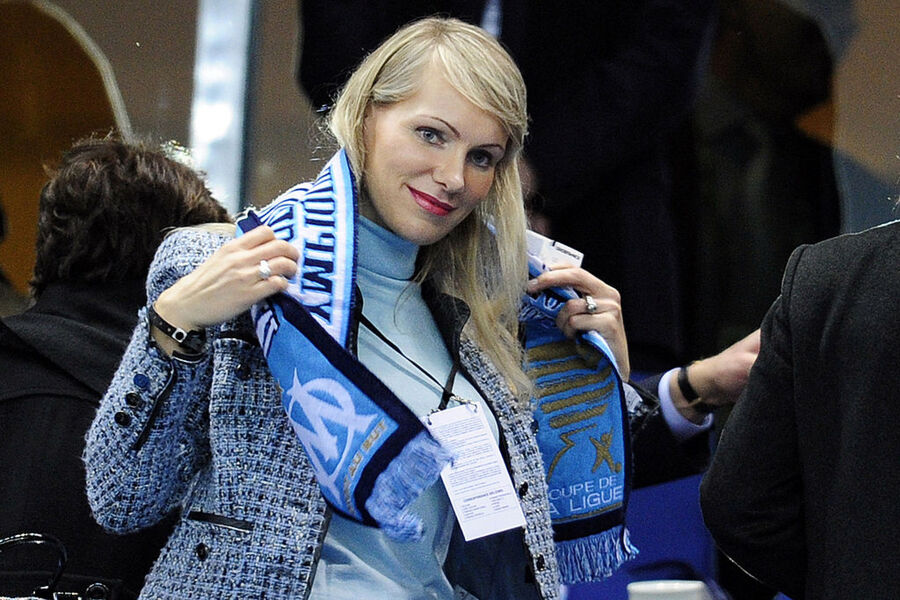 Over the course of the next decade, Margarita ran the 169-year-old business and did quite well at it. She also bought out family members' stake in the business to increase her holdings from 50% to 96%. At the same time, she's been locked in battles with her late husband's family over the business. Those legal battles came at a cost and now she has agreed to sell 45% of the business to a sovereign wealth fund in Abu Dhabi. Margarita will still be involved in the business continuing the work of her late husband as well as keeping the family name on the company.

Over the years, Margarita bought out family members at pretty high valuations as she increased her stake in the company. The price of the deal with Abu Dhabi hasn't been disclosed but it is likely to be lower than what Margarita paid to increase her stake in the company. Along the way, she also transformed the once secretive family-controlled company into one that is now opening up to an outside shareholder for the first time. When Margarita inherited her late husband's stake in Louis Dreyfus, the company was making hundreds of millions annually in its agriculture, forestry, real estate, and U.S. energy trading.  After Robert died, she started setting the strategy of the business which caused friction with the executive Robert had left in charge, Jacques Veyrat. Veyrat wanted to merge the agricultural business with an up and coming company called Olam International. Olam wasn't as large as Louis Dreyfus but it was listed on the Singapore Stock Exchange, which would have given the Louis-Dreyfus family an easy and expedient way to sell their stakes after a merger. However, Margarita killed the deal and Veyrat quit. Margarita claimed that it was about protecting Robert's children, grandchildren, and great-grandchildren.

Almost as soon as the deal was killed, the rest of the family put some of their stakes up for sale. Due to a deal Robert put in place years earlier, Margarita was forced to buy the shares at a price determined by the company's value and profitability. This was all during the boom years for not just the company, but the whole industry. Margarita paid top dollar for the shares. She needed cash to buy the family shares quickly so she started selling assets. As the profits for the agricultural business started to fall, her in-laws sold more and more shares. Margarita and Louis Dreyfus had to take on debt to buy the shares. She borrowed more than $1 billion from Credit Suisse and pledged some of her shares against the debt.

Margarita also went to court when family members sued her over how much she should pay for the stakes she was obligated to by. Months of legal battles ended up in a settlement, or, more accurately, settlements, since each member sued her separately. While all this was happening Louis Dreyfus' core business of trading cotton, sugar, and rice was struggling. Annual net income fell from more than $1 billion in 2010 to less than $500 million due to the oversupply of the crops for these products.

In 2019 and early 2020, Credit Suisse started looking for private equity companies, sovereign wealth funds, and other trading houses about a deal. No one was interested in a minority stake in Louis Dreyfus. And then the coronavirus hit and governments across the globe wanted to secure long-term food supplies for their citizens. That helped to raise profits for crop traders like Louis Dreyfus and the Abu Dhabi sovereign wealth fund came calling.

If the deal goes through, it should take care of most of Louis Dreyfus' and Margarita's debt. The company revealed that at least $800 million would be used to repay the $1.05 billion loan. It is estimated that that would leave more than $1 billion to repay other debt.

After a decade of family battles, Margarita Louis-Dreyfus will end up with a 55% stake in Louis Dreyfus, the same amount she had in 2009 when her husband died. There is one big difference though – the commodity trading business is the only asset left, she sold most of the other profitable business units of Louis Dreyfus over the last decade. In 2012, Margarita told Bloomberg: "My main goal is to ensure the long-term survival of the company and the name of the company."

She has done that—albeit at great cost.