From $50K A Year Assistant To Billionaire: The Steve Ballmer Story

By Amy Lamare on August 8, 2018 in Articles › Billionaire News

Today, Steve Ballmer is a billionaire and owner of the NBA's Los Angeles Clippers with a net worth of $28.5 billion. But back when the now 62-year-old was 24, he dropped out of the MBA program at Stanford to take a job at his former Harvard classmate Bill Gates' new company Microsoft. It was a gamble that clearly paid off, but not before it totally scared his parents. After all, he had an undergrad degree from Harvard, was getting his MBA at Stanford, and was throwing it all away to take a $50,000 a year job as an assistant. 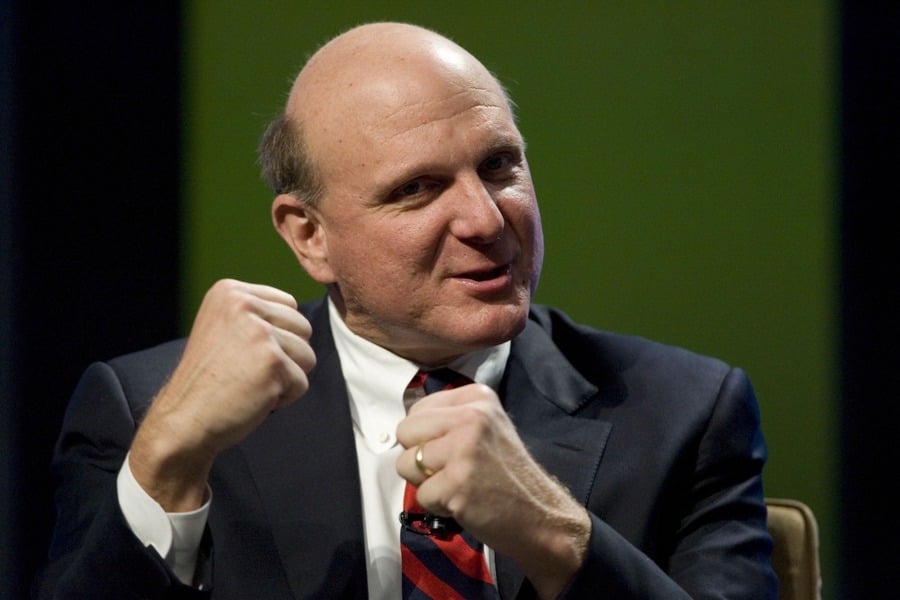 Ballmer started off as the assistant to the president. He was Bill Gates' assistant. He set up the accounting department to be more professional. He was HR and hired everybody. For this, he was paid $50,000 and also received 5 to 10% equity in Microsoft and 10% of the profit growth he generated.

When Ballmer joined Microsoft, Gates was doing everything from coding the software to hiring employees because he would not delegate. By bringing in his college friend, he was able to let go of some of that workload and in time Ballmer taught him how to hire people rapidly and create teams and organizations.

Ballmer made himself indispensable in 1980 when he played a key role in Microsoft's negotiations with IBM. The venerable computer giant had approached Microsoft with an idea to make computers available to everyday people and wanted Gates' company's help. Ballmer closed the deal with IBM to run Microsoft's software on their new personal computers. After that, Ballmer quickly rose through the ranks at Microsoft until 1998, when Gates asked Ballmer to be president of the software giant. In 2000, he became CEO of Microsoft. Ballmer was integral in leading the company through their anti-trust legal battle, the dot-com bubble, and the launch of Xbox, acquisition of Skype, and creation of Microsoft's $20 billion enterprise business.

Ballmer led Microsoft for almost 15 years when he retired. He stepped down as CEO in 2014. He retained his 4% state in the company, which is a considerable contributor to his fortune. He is also Microsoft's largest individual shareholder.