By Joseph Gibson on July 17, 2019 in Articles › Billionaire News

Over the last few years Bill Gates has fluctuated between being the first or second richest person in the world. He has never dropped below #2. Until today. French billionaire Bernard Arnault has been on an absolute tear in the last 12 months. Since January alone, Bernard's net worth has increased by some $39 billion. As of today, he is the second richest person on the planet right behind Amazon founder Jeff Bezos. And with that swing, for the first time in decades, Bill Gates will have to settle for #3.

The news comes shortly after Arnault's fortunes in finance led his personal net worth to crack the $100 billion margin for the first time. It now sits at $108 billion, which gives him an edge of roughly a billion dollars over Bill Gates, but still leaves Bezos and his $125 billion net worth plenty of breathing room, at least for now. Also worth noting is the plain truth that were it not for his ambitious philanthropic efforts, Gates would almost certainly be not just still ahead of Arnault in terms of net worth, but still the richest person in the world ahead of even Jeff Bezos. This is based on the fact that Gates is estimated to have donated some $35 billion and counting to his own Bill & Melinda Gates Foundation over the years. 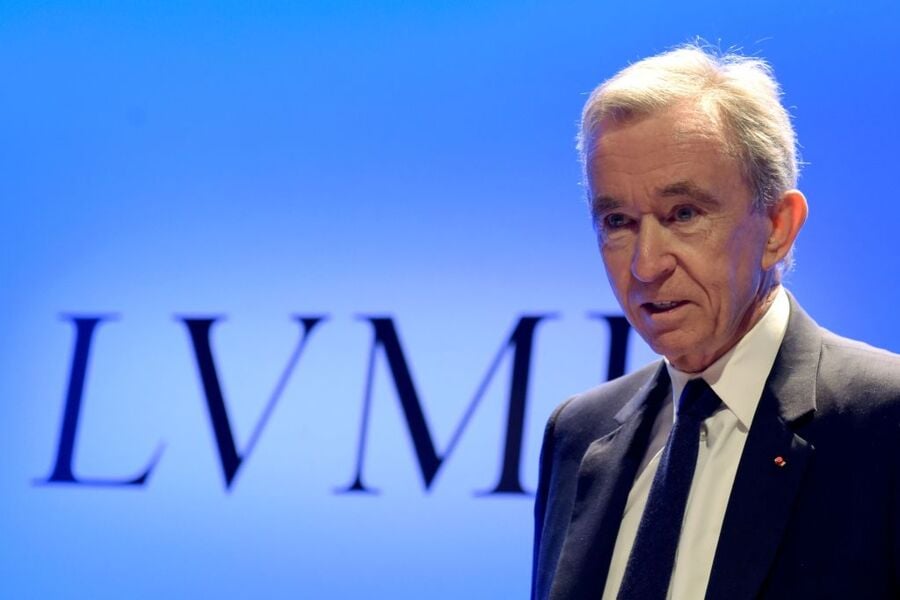 As for Arnault, his massive fortune comes from his 50% control of French luxury brand LVMH. LVMH owns brands such as Louis Vuitton, Moet and Hennessy (hence LVMH).  In addition to his work in the world of luxury fashion and alcohol, he's known for having amassed an impressive collection of art, including works by famous artists like Jean-Michel Basquiat, Pablo Picasso, and Andy Warhol. He also made headlines earlier this year after the infamous Notre Dame fire when he and a group of other financial heavyweights in the French luxury field pledged some $650 million towards reconstructing the Cathedral and repairing the damage done in the fire.

Bezos, Arnault, and Gates currently make up the only three members of the $100 Billion Club, so hopefully they can keep any internal competition between them on a civil and friendly basis.