By Brian Warner on March 4, 2022 in Articles › Billionaire News

On Thursday French authorities confirmed that they had seized a 280-foot yacht belonging to Igor Sechin, the CEO of Russia's state-owned oil company Rosneft. The yacht is named "Amore Vero," which translates to "True Love" in Italian.

Here is photo of Igor's yacht taken yesterday in a shipyard of La Ciotat, near Marseille, presumably just after being seized: 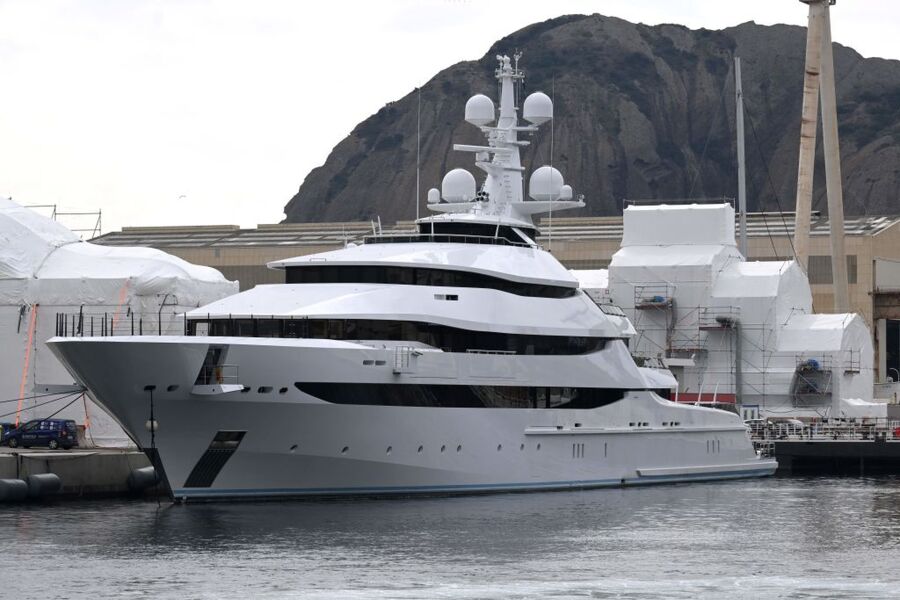 Igor's yacht was undergoing repairs at the shipyard. At the moment French authorities swooped in, the crew was reportedly in the process of "making arrangements to sail it urgently."

The yacht arrived in France for repairs on January 3rd and was not due to depart until mid-April.

According to a handful of yacht-tracking sites, Amore Vero is valued at between $100 and $150 million. Annual operating costs are at least $10 million.

Amore Vero is actually not the yacht's original name. When Igor first took ownership in 2013, the vessel was called the St Princess Olga. At the time he was married to a woman named Olga. After their divorce in 2017, he renamed the yacht Amore Vero.

Igor is reportedly a former KGB agent. He has sanctioned by the US since 2014 when Russia first invaded Crimea. The European Union sanctioned Igor on February 22.

Rosneft's stock has dropped 60% since mid-February when Ukraine was invaded by Russia and sanctions began dropping.