For the last roughly 15 years, the race for the title of the richest woman in the world has largely been a two-family, four-women race. Alice Walton has topped the list. So has her sister-in-law, Christy Walton. The late Liliane Bettencourt has topped the list. So has her daughter Francoise Bettencourt-Meyers. Of course both of these families preside over two of the biggest companies in the world: Walmart and L'Oréal. All of them inherited their fortunes but are far from idle in their family business or other ventures. This year, Francoise has once again jumped Alice to be named the richest woman in the world. Bettencourt-Meyers' $58 billion net worth tops Walton's $54 billion this year.

Francoise Bettencourt-Meyers started to be included on the list of the wealthiest women in the world after her mother Liliane passed away in 2017 at the age of 94. Francoise inherited her mother's enormous L'Oréal fortune upon her death. The Bettencourt family still has a 33% stake in L'Oréal, which has a valuation of $107.5 billion and $32.6 billion in revenue last year. Liliane's father, Eugene Schueller, founded the popular cosmetics company in 1907. When he died, Liliane was his only heir. Similarly, Francoise is Liliane's only heir, so when she died, under French law, at least half of her mother's fortune must pass on to her. Liliane Bettencourt had a net worth of $46 billion at the time of her death. 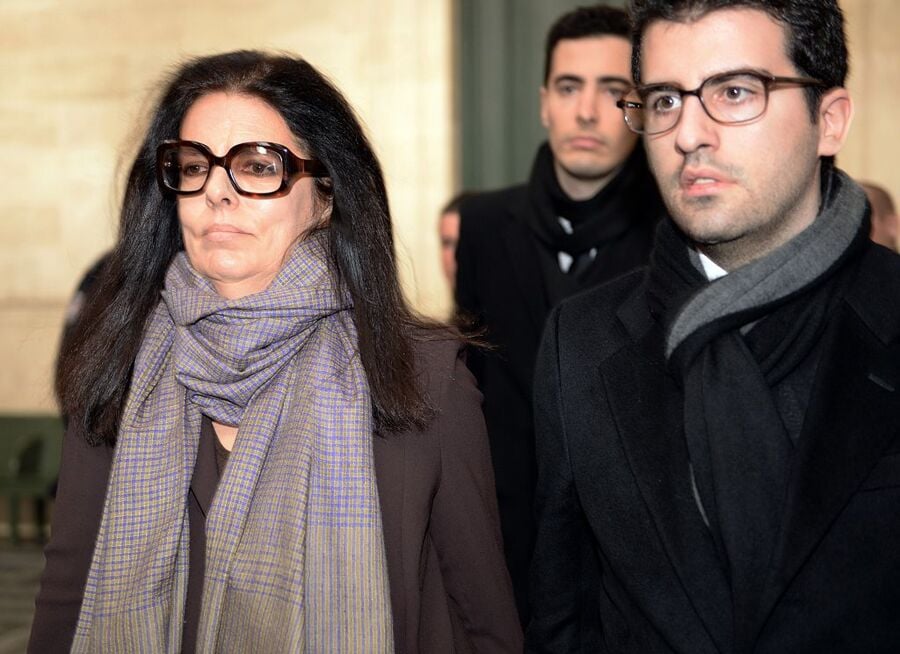 Alice Walton is the youngest child of Walmart founder Sam Walton and his wife Helen. She was born on October 7, 1949 in Arkansas. She inherited her fortune but hasn't just sat around and watched it grow. She graduated from Trinity University in Texas in 1971 with a B.A. in economics and finance. Walton began her career in finance at First Commerce Corporation as an equity analyst and money manager. Later, she was vice chairperson and head of investments at Arvest Bank Group. In 1988, Walton founded the investment bank Llama Company where she served as its President, Chairperson, and CEO.  In the late 1990s, she closed Llama Company and moved to a 3,200-acre ranch in Milsap, Texas. She called it Walton's Rocking W Ranch. Walton lives in a 4,432-square-foot house. She is an avid horsewoman and equestrienne. She has a role at the Walton family foundation but not the company. Walton was married twice, both in the mid-1970s, both brief. She has no children.

Francoise Bettencourt-Meyers was born on July 10, 1953. She is the president of the Bettencourt family foundation and the Bettencourt Schueller Foundation, which had about $683 million in assets as of the end of 2010. She is also an academic who has authored books on Jewish-Christian relations and Greek mythology.  Her husband, Jean-Victor Meyers, is the grandson of a rabbi who was murdered at Auschwitz. When Francoise and Jean-Victor got married it created quite a scandal. Eugene Schueller was accused of collaborating with the Nazi regime. This isn't the only controversial event in the Bettencourt family, however.

In 2008, Liliane became the center of a trial and media frenzy over a lawsuit Francoise filed against Francois-Marie Banier, accusing him of taking advantage of her mother. Banier vehemently denied the charges that he exploited a physical or psychological weakness in Liliane for personal gain. The lawsuit alleged that over the course of Banier's friendship with Liliane, he compelled the heiress to bestow gifts worth $1.5 billion on him as well as make him the sole heir to her fortune, minus her stake in L'Oréal. The case became known across France as "The Bettencourt Affair." As a result of the trial, the already strained relationship between Liliane and Francoise was permanently damaged. The two did not speak to each other for years. In 2010, Liliane was replaced on the board of L'Oréal by Jean-Victor Meyers. In 2011, after a three-year legal battle, Liliane's fortune was placed under Francoise's guardianship.

Alice Walton is no stranger to legal troubles herself. Alice has a history of reckless driving, car accidents, and DUIs. However, money talks and Alice's attorneys have taken some creative paths towards making sure their client never feels any repercussions from her actions. On the evening of October 7, 2011, she was pulled over, failed her field sobriety test, and got off scot-free. Why? Because Walton has practically made a career out of reckless car accidents and DUIs yet has never faced any consequences for them – even when they've caused the death of another person. In 1983, during a Thanksgiving family trip near Acapulco, Mexico, Alice Walton lost control of her rented Jeep and plunged into a ravine. She shattered her leg, was airlifted out of Mexico, and underwent more than two dozen surgeries to repair her leg. In April 1989, Alice Walton was speeding down an Arkansas road, when she plowed into 50-year-old cannery worker Oleta Hardin, who had stepped out onto the road. Hardin was killed. No charges were filed against Walton. She didn't even get a traffic ticket.

In 1998, Walton reportedly hit a gas meter while driving under the influence. She broke her nose when her car hit the meter followed by a telephone box. Walton's attorneys argued that fatigue from a long day at the office was to blame for her crash that day, not her blood alcohol content, which was, by the way, six points over the legal limit. She was convicted of four counts of drunken driving and had she been any regular non-billionaire person, could have faced up to a year in prison. Walton paid a $925 fine and walked free.

All this just goes to show that money doesn't automatically buy an easy life or guarantee you'll remain on good terms with your family. We're living in weird times so far in 2020 and nothing feels normal, not even for the world's wealthiest, though, to be fair, they do have much larger houses to shelter in than the average person.

Both Walton and Bettencourt-Meyers are putting their money to good work during this pandemic. Alice Walton, through Walmart and the Walmart Foundation, has committed $25 million to support organizations on the front lines responding to the COVID-19 outbreak. Francoise Bettencourt-Meyers' through L'Oréal's U.S. division is donating $250,000 to Feeding America and matching additional employee donations of up to $25,000. L'Oréal is also manufacturing hand sanitizers that will be provided free to employees and healthcare professionals; donating more than $1 million in personal care and hygiene products to Feed the Children, and donating N95 respirator masks used in some of the company's production facilities to hospitals.