By Joseph Gibson on August 24, 2016 in Articles › Billionaire News

One of the more commonplace notions one hears about Donald Trump lately is that despite his presidential campaign and Republican primary success, he doesn't actually want to be President of the United States. Instead, according to this idea, he's actually in the political game for the same reason he's done everything else over the course of his controversial career: to make money. That may or may not be the case, but a new data-intensive study released by the makers of the Foursquare social check-in app reveals that in the short term at least, Donald's presidential hopes have had a clear negative effect on his bottom line.

Foursquare used its own data to measure foot traffic for various Trump-branded casinos and hotels throughout the country, and the numbers would appear to be on the wall: There are fewer people visiting them this year than there were last year. The months of June and July are both particularly striking, given that the summer tends to be the peak season for casinos and hotels, but they both showed losses in foot traffic compared to the previous year – 14 percent for June, and 17 percent for July. 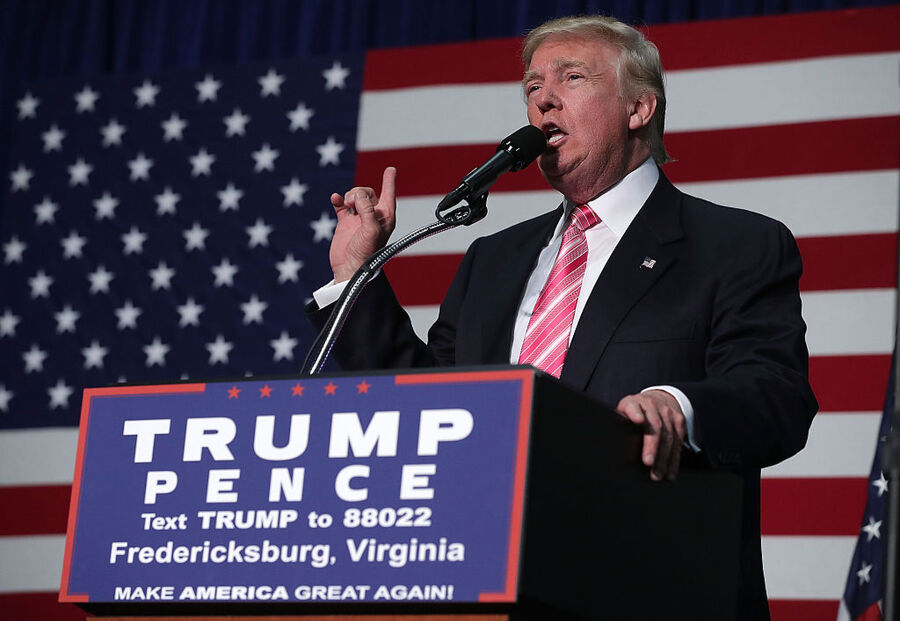 Of course, there are any number of reasons for people to stay away from Trump's various vacation destinations, so the Foursquare study doesn't necessarily indicate growing distaste for Trump's political ambitions. But another indication that more people may be fed up with the Trump name than ever before comes when you look at the locations of many of the properties in question, which tend to be in "blue" states less friendly to Trump's new right-wing wheelhouse. Here's an excerpt from the study about what might be called a "blue state effect:"

"Breaking out Blue States, the loss in foot traffic runs deeper than the national average. For the past five months, Trump's blue state properties  —  spread between New York, New Jersey, Illinois, and Hawaii  —  have taken a real dip, with diminishing visits starting in March and a widening gap that continues straight through July, when share fell 20% versus July 2015."

Trump's famous unpopularity with women is also reflected in Foursquare's findings, with a 29 percent decrease in "visit share" in July compared to the previous year. So if Donald Trump really is running for President to increase the value of his personal brand, it would appear that he may need to forget about America and focus on making the Trump name great again.