By Venus Lockett on July 26, 2015 in Articles › Billionaire News

Jeff Bezos, the founder of the notorious online mega shopping center, Amazon.com, had a really good week. Not only was the company celebrating its 20th Anniversary, its share price jumped 18% after releasing impressive performance data that reported a 26% increase in North American sales. And with the share price jump. Bezos' net worth increased by $8 billion!

Initially founded in 1994, the site began as a source to purchase and sell books only. With a solid plan to become the leading site in E-commerce, the CEO swiftly moved forward in order to enact his business plan. Naming his site after the world's largest river, Jeff Bezos set out with the goal of literally conquering the world. After a series of ups and downs, narrowly avoiding bankruptcy, fighting off a slew of competitor sites, all while slowly (sometimes rather abruptly) building up his inventory, adding services, and taking other innovative measures, the site is stronger than ever. What's more, following a particularly dismal year in 2014- when the site's first smartphone flopped and pressures from investors were mounting- the mogul brought in 2015 with a bang. Earlier this year, the site earned its 1st two Golden Globe Awards for its original series, Transparent. Moreover, in light of recent financial events, Amazon now has a lager market cap than longtime retail-giant Wal-Mart. 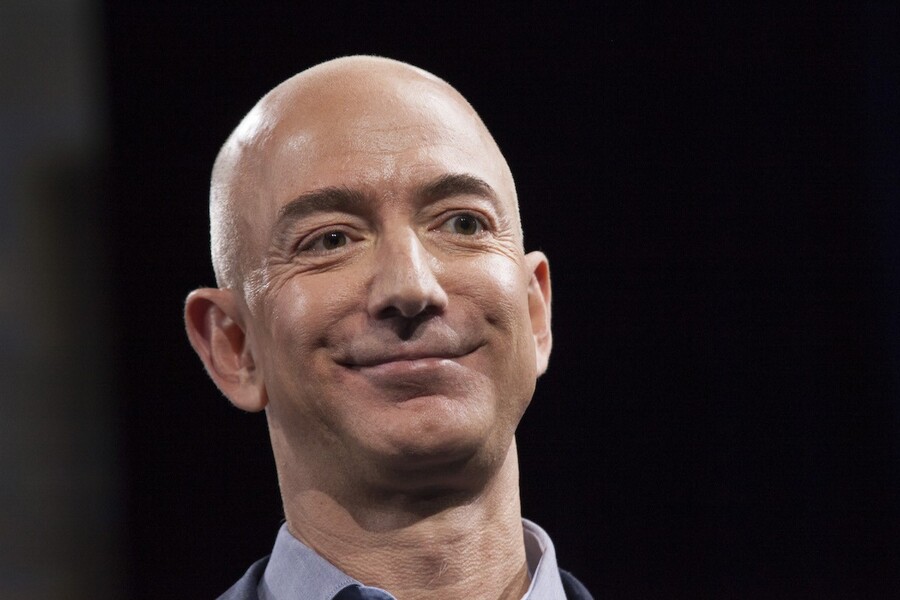 Jeff Bezos has had quite a roller coaster ride of gains and losses in the last few decades, but he just received an incredible boost in net worth. As the owner of 83,921,121 Amazon shares, during the last week he saw his net worth increase by $8.05 billion, prior to the market opening on Friday. His previous net worth was $34.7 billion, but after approximately 45 minutes worth of trading, his net worth jumped up to $43.2 billion.

Furthermore, still not totally content, it has been said that the entrepreneur plans to continue to reinvest in the company, continuing to find new and innovative ways to make consumers more dependent on the brand. Finally surpassing the retail giant Wal-Mart, the company is officially the highest valued retail company in the world. Now reportedly the 5th richest person in the world, it seems as though Bezos is attempting, yet again, to go for the number 1 spot. Whether he will make it, only time will tell. Nevertheless, the mogul had better get a handle on reports that many authors have been assembling to file a suit against the mogul for abusing power and unfair payments. No matter how rich, writers are a sector you'd be remiss to piss off.