By Brian Warner on October 9, 2019 in Articles › Billionaire News

"We are fucked." I imagine this phrase has been uttered more than a handful of times at WeWork headquarters in New York City. It's probably a phrase that has also been uttered quite a bit at one of the many homes of former WeWork CEO Adam Neumann. What an insane 60 days Adam Newmann has had. Two months ago, Adam was sitting pretty with a paper net worth of $4.7 billion. In the last 30 days alone, Adam has been fired from the company he founded, become the laughing stock of the business world and lost at least 90% of his wealth. But worst of all? There are now rumblings of a personal bankruptcy on the horizon. Here's how that could play out…

In case you have been living under a rock, on August 14, WeWork parent company the We Company filed an S-1 form to announce their intention to secure an Initial Public Offering. From the moment the S-1 landed, the document became a punchline. Not only because it used silly metaphors and grandiose statements that had nothing to do with operating a professional business, but also just from a straight-up business evaluation perspective. The S-1 revealed that WeWork lost $900 million in the first six months of 2019. It's currently losing $700 million per quarter. That's $233 million per month. That's $7.7 million every single day.

As of this writing, WeWork has $2.5 billion in cash on hand for operations. Using some basic math, we know that without a massive cash infusion through an IPO or new private investment round, WeWork will run out of money sometime in the first quarter of 2020. Who is going to step in and save a company that shreds $7.7 million per day? Likely no one, so the company could very realistically go bankrupt in the next 150-200 days. 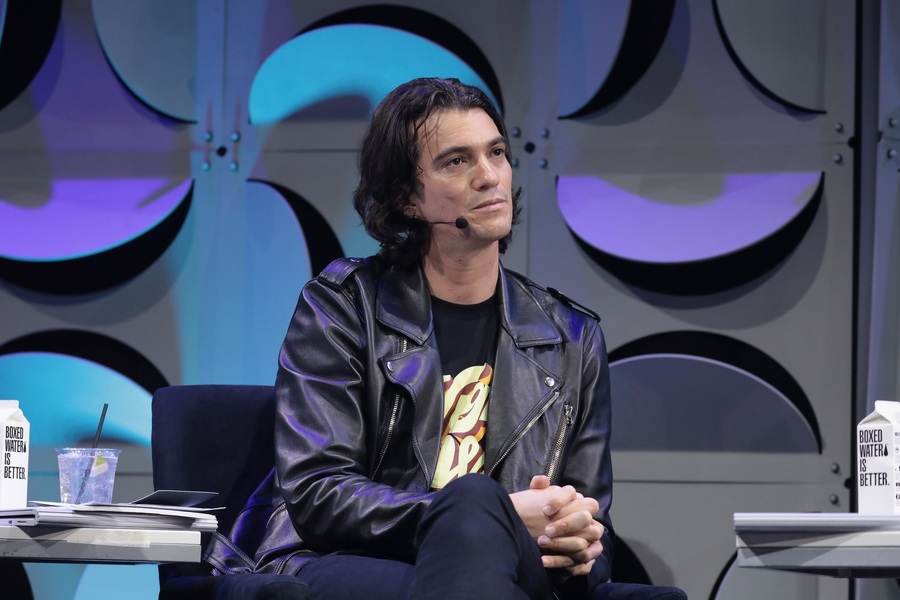 Over the last few years, Adam Neumann's net worth soared thanks to private valuation fundraising rounds that seemed to think WeWork was the next Amazon or Google. His roughly 10% stake was worth $4.7 billion (pre-tax) when SoftBank invested $2 billion at a $47 billion valuation back in 2018. WeWork's investment banks JP Morgan and Goldman Sachs were telling anyone who would listen that WeWork would be worth $60+ billion when it went public. Had that happened, Adam's pre-tax paper net worth would have been $6 billion.

Along the way, Adam sold off large chunks of his personal equity stake to fund a lavish lifestyle. This isn't totally uncommon but Adam took it to an unprecedented level. Many insiders sell of shares during private funding rounds to shore up a little liquid equity. Maybe the CEO wants to buy a house, or fully fund his children's college funds. A little beak-wetting is perfectly understandable.

However, we now know that Adam Neumann did a little more than wet his beak. He dunked his whole head, over and over.

During his reign as CEO Adam cashed out $740 million in the form of private equity sales and personal lines of credit from banks. He used that money to buy a $35 million home in New York City, a 60-acre estate in Westchester County, New York, a $21 million home in the Bay Area and TWO lavish homes in the Hamptons.

So is he riding off into the sunset the only survivor of the WeWork fiasco? That's what most people assume, but there's another potential outcome here: An Adam Neumann personal bankruptcy.

You see, Adam didn't simply sell off personal shares for a total of $740 million. A large portion of that $740 million number that has been repeated over and over in the press actually came in the form of mortgages and personal lines of credit from banks. For any line of credit or mortgage, the major question here is whether or not he used his shares in WeWork as collateral to secure those loans. If he did, the next big question is whether or not he PERSONALLY guaranteed those loans.

A personal guarantee on a loan means if it ever goes bad, the borrower has to personally cover the debt. Believe it or not, that's not always the default.

Adam reportedly had a $500 million line of credit from J.P. Morgan alone. Let's say that number is correct. J.P. Morgan wouldn't have just handed him $500 million for fun. They would have required he put up his shares in WeWork as collateral. Probably seemed like a no-brainer just a year ago. Adam's shares were worth $4-5 billion, so it would have made perfect sense for him to essentially put $500 million of his shares up in hock for the loan.

But here's the problem (that you've probably already figured out): WeWork is no longer worth $47 billion. After the fallout from the S-1, WeWork's bankers reduced the potential IPO valuation to $20 billion but there were no takers. It's been reported that WeWork is worth less than $10 billion. Less than $5 billion. If they are 150 days away from being out of business, it's worth less than zero today.

If WeWork is worth zero, Adam's collateral is worth zero. If he has hundreds of millions of dollars in loans, credit lines and mortgages, those debts would trace back to him personally if they are personally guaranteed.

As of this writing, we no longer believe Adam Neumann is a billionaire. We've reduced our net worth estimate for him from $4.7 billion to $500 million. That's a 90% reduction in net worth in around 30 days. Perhaps that's as bad as it gets for Mr. WeWork. Or maybe there's more pain on the horizon…