Former Mayor Michael Bloomberg struck a lot of deals while he was at the helm of New York City. As a successful businessman who has amassed a $36.5 billion net worth, he knows how to cut a deal. In 2011, he put together an ambitious plan with Cornell University to create a technical school on Roosevelt Island. Sounds great, right? But 2011 was four years ago. What's going on with this plan now?

Just this week, Bloomberg put his money where his mouth is and donated $100 million to the project. His funding will help make the first phase of construction on the $2 billion campus possible. For his donation, the Bloomberg Center, a building designed to be self-sufficient in its energy use, will be named after his daughters Emma and Georgina.

The decision to create the school came from a realization that the U.S.'s largest city needed to diversify its economy beyond its traditional reliance on the finance and banking industry on Wall Street. Other traditional New York industries include media, entertainment, and tourism. With the new school, leaders at Cornell and in Bloomberg's former administration hope to address the lack of applied science and engineering in New York. 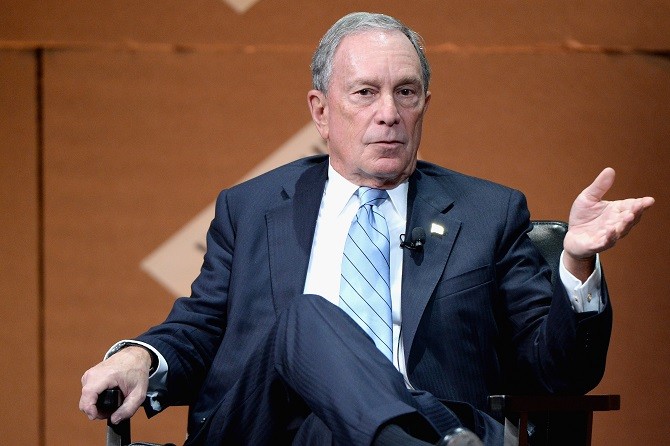 Bloomberg's $100 million donation doesn't even make a dent in his more than $36 billion net worth but it will breathe life into the Cornell Technical Institute. It is hoped that the campus will create entrepreneurs that will push New York's economy in a new direction through the applied sciences. The school will offer Master's Degrees exclusively.

Cornell Tech is a joint venture between the prestigious Ithaca, New York university and Technion-Israel Institute of Technology in Haifa, Israel. Getting the school approved is one of the key achievements of Bloomberg's third term as mayor of the Big Apple. Seventeen universities competed for the chance to create a world class applied sciences school on land owned by the city. The campus' first phase will open in 2017 and will span 12 acres and house 2,000 students. The campus will lay from river to river on the island between Manhattan and Queens.

Bloomberg's generous donation was announced before the groundbreaking ceremony on Tuesday, June 16th. The 73-year-old former mayor is the billionaire founder of Bloomberg News and Bloomberg LP. He donates hundreds of millions of dollars annually in support of public health, art, culture, education, and the quality of life in urban areas. He's also donated more than $1 billion to his alma mater, Johns Hopkins University, over the decades.

Classes began in January 2013 for Cornell Tech at a temporary space in Manhattan donated by Google. Currently, the school employs 15 faculty members and has 24 grad students pursuing degrees.