At One Point He Was The 7th Richest Person In The World. Today Eika Batista Is Serving 30 Years In Prison For Bribery

By Joseph Gibson on August 22, 2018 in Articles › Billionaire News

It has not been a good year for Eike Batista. Not long ago, Eike was richest person in Brazil and the seventh richest person on the planet with a net worth of $35 billion. He was married to a Playboy Playmate and famously kept his favorite super car of the moment parked in his mansion's custom living room. In a glowing 60 Minutes interview, Eike predicted that within 10 years he would be the richest person on the planet with a net worth north of $100 billion. That was roughly 10 years ago. So how'd his prediction turn out? Well, he is not worth $100 billion. And even if he was, he'd still be $50 billion away from being the richest person on the planet (Jeff Bezos). Tragically, Eike's fortune is gone. He's actually $1.2 billion in debt. It gets worse. He was recently slapped with a 30-year prison sentence. The crime? He paid $16.6 million to the then-governor of Rio de Janeiro in exchange for lucrative government contracts, a bribery scheme that was exposed by the Brazilian government's massive "Carwash" corruption probe. Marcelo Bretas, the presiding judge over the case, made no bones about precisely why he decided to throw the book at Batista:

"Precisely because he was a world-famous businessman, his criminal business practices were potentially capable of contaminating Brazil's business environment and reputation, causing deep scars to the confidence of investors and entrepreneurs who, in the recent past, saw Brazil as a good investment option."

Batista was reported to be under house arrest at the time of the sentencing, while the ex-governor he was convicted of bribing, Sergio Cabral, was actually in prison. Meanwhile, Batista's lawyer Fernando Martins said in an email to the press that they were planning on filing an appeal. 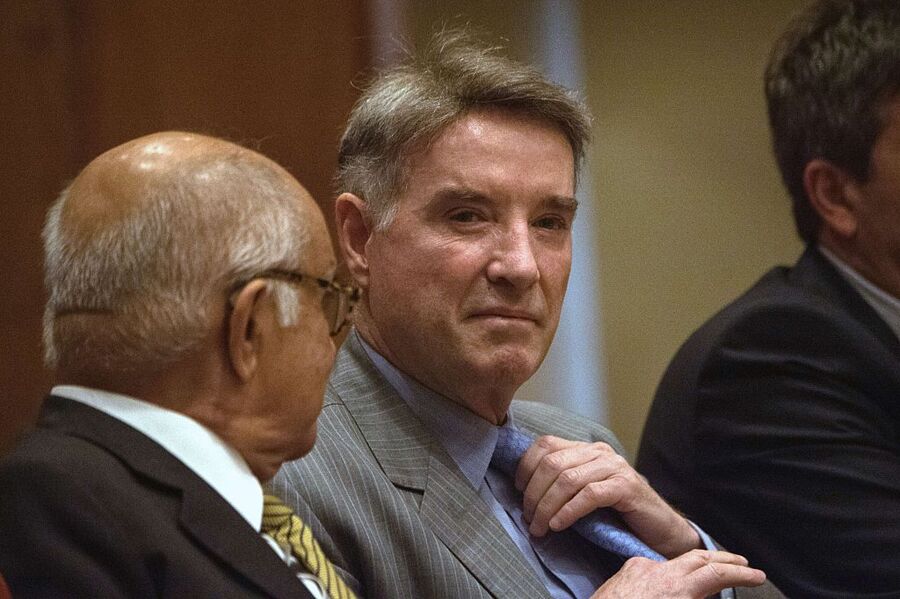 The Carwash corruption probe in Brazil began in 2014 and has sunk a lot of big time political figures in the country, even up to Brazil's former President Luiz Inacio Lula da Silva. Its exposure of massive corruption in the country has remained a hot political issue in Brazil, but some have pointed to the release of some of its convicts as evidence that lengthy prison sentences like Batista's might not ultimately stick.

When authorities raided Batista's mansion in 2017, they found a safe full of cash, as well as a Lamborghini Aventador parked in the living room, and Batista himself was declared an international fugitive from justice and jailed upon his return.

It's all part of a meteoric rise and fall for Batista. At the beginning of this decade he was one of the richest people on Earth with a net worth of around $35 billion. Unfortunately, in August 2012, the worldwide commodities markets had clearly peaked, and along with that, so did Eike Batista's personal wealth. Over the following 12 months, oil production at his largest company, OGX, declined 87%. OGX went from producing 750,000 barrels of oil per day to just 15,000. The collapse of mineral prices obliterated Batista's remaining four companies in similar fashion. To make matters even worse, Eike personally guaranteed $3.5 billion worth of corporate loans, causing a variety of creditors to circle him like vultures. OGX eventually filed for bankruptcy; it is the largest bankruptcy in the history of Latin America. Then, after a series of additional misfortunes for his chain of startup companies including huge debts and investigations into accusations of insider trading, in 2015 he became one of the few "negative billionaires" by being more than a billion dollars in the red. As of right now, Eike is officially worth NEGATIVE $1.2 billion.

His lawyers plan to appeal the 30-year sentence, but this has been one of the most dramatic falls in the history of wealth and billionaires.