Former Billionaire Anil Ambani Makes $80M Payment To Stay Out Of Prison, Thanks To His Brother

By Joseph Gibson on March 28, 2019 in Articles › Billionaire News

They say it's better to have loved and lost than never to have loved at all, but it still doesn't seem like much fun to be a "former billionaire," especially if your claim to that title didn't involve voluntarily giving your riches away. It becomes even less fun when, like former billionaire Anil Ambani, you're also facing a stint in prison, which he avoided thanks to an $80 million payment from his brother Mukesh Ambani (current billionaire and richest person in Asia).

Anil was on the hook for 5.5 billion rupees, or about $80 million US, in debt to a company called Ericsson AB for services rendered. In February, he saw his guarantee to pay the debt backfire when the top court in India demanded he do so or go to prisoAnil Ambanin, forcing him to turn to his older brother and sister-in-law to clear off the debt. 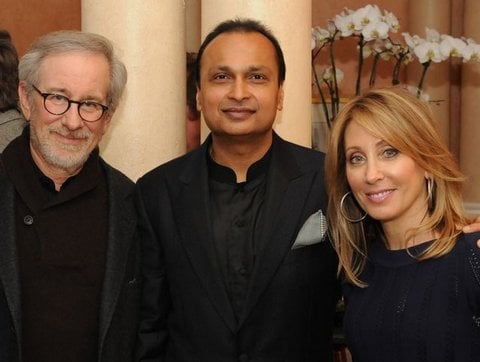 Photo via wikicommons/Sgatet of Reliance Group

The payment is the latest development in the long Ambani family saga, which for many years has involved a feud between the two brothers over the massive business empire they inherited from their father.

Anil's personal fortune has seen one of the largest and fastest reversals in history, as older brother Mukesh's fortune grew almost proportionately. He was reportedly worth some $31 billion back in 2008, while now he has "only" about $300 million to his name.

That puts Anil Ambani in company with figures like Masayoshi Son of Japan, who is reported to have lost some $70 billion in the dot com bubble burst of the early 2000s, and Eike Batista of Brazil, who in the last ten years has seen his fortune dwindle from $30 billion to more than a billion dollars in the red in 2015. That made Batista one of the few "negative billionaires" to ever accumulate more than ten figures in debt.