For The First Time In History, The 10 Richest People In The World Control More Than $1.3 Trillion

By Brian Warner on April 30, 2021 in Articles › Billionaire News

Something that has never existed in history, exists right now for the first time. As I type this article, the 10 richest people in the world control more than $1.3 TRILLION in personal net worth. The combined fortune of these 10 fortunate humans has been teetering just below $1.3 trillion for weeks. By our estimation, their combined net worth just broke $1.306 trillion, to be exact. That's one trillion, three hundred and six billion dollars. Controlled by ten men.

This is CelebrityNetWorth.com so we're not here to denounce these 10 tycoons for being so exceptionally rich. But it is rather remarkable and maybe a teeny bit unsettling to see so much wealth owned by 10 humans?

What Happened This Week?

Several of these tycoons are sitting at all-time net worth highs because the companies they founded hit all-time share price highs.

As I type this article, the share prices of Amazon, Facebook, LVMH, Google and Berkshire Hathaway are all at all-time highs. Microsoft and Oracle are both just a few dollars shy of all-time highs. Tesla is the only company that is nowhere near its peak price per share at this moment. Tesla is currently around 30% lower than its all time high of $900 per share, which was achieved back in January.

The richest person in the world today is Jeff Bezos. We currently estimate that Jeff Bezos' net worth is $206 billion.

For perspective, in 1995 it took just $14.8 billion to be the richest person in the world.

The person who held that title back in 1995? Bill Gates.

Fast forward 26 years and today Bill's net worth is has shifted one decimal shift to the right, from $14.8 billion to $146 billion.

Stunningly, $146 billion isn't even enough to place Bill in the top three anymore. He is out-ranked by Bernard Arnault's $155 billion and Elon Musk's $175 billion.

Another interesting thing that happened this week for the first time ever: Warren Buffett was out-ranked by BOTH Google founders. Larry Page has topped Warren before because he owns a tiny bit more Google stock than his co-founder Sergey Brin. Sergey had never topped Warren before this week, and has never ranked this high before (#7). 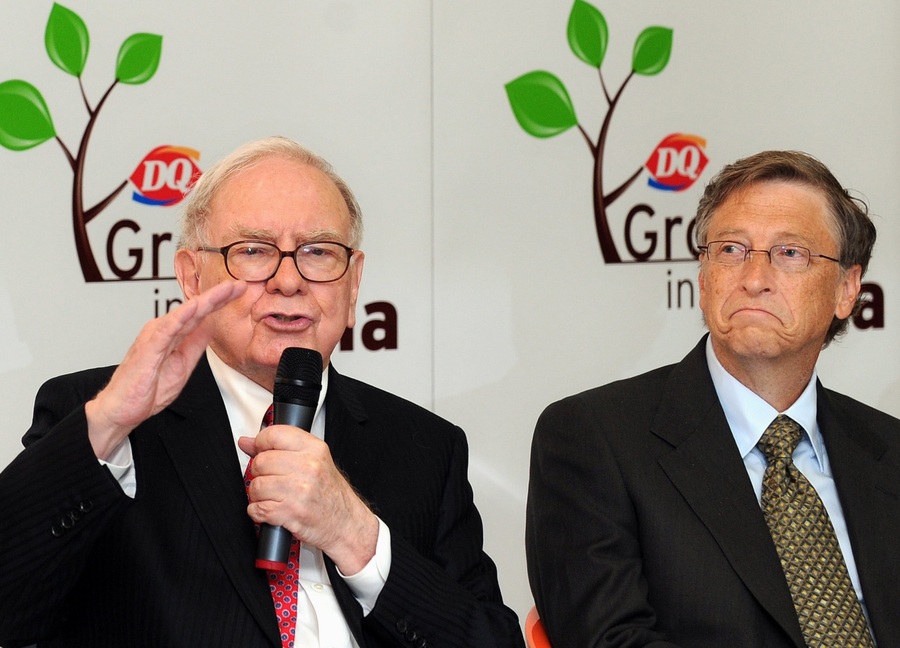 The 10 richest people in the world:

For perspective, one year ago the combined net worth of the 10 richest people in the world was $676 billion. That's a 92% increase in a year.