By Brian Warner on November 17, 2021 in Articles › Billionaire News

As you read this article, there is a seemingly bland lawsuit underway in a Florida courthouse. On the surface "Kleiman v Wright" is a very basic business partnership lawsuit. The kind that is probably tried before juries in dozens of courtrooms across the United States every single day of the year (minus holidays). But! When you dig a little below the surface, you quickly realize this lawsuit is anything but basic.

The lawsuit alleges that the two men are together "Satoshi Nakamoto" – the mysterious pseudonymous father of bitcoin.

Most importantly, the family's lawsuit believes that Craig Wright controls Satoshi Nakamoto's collection of 1.1 million bitcoins. In other words, they are suing for a 50% share of what is currently the 15th largest private fortune in the world. At today's prices, 1.1 million bitcoins are worth around…

A week ago, when bitcoin hit an all-time high of $68,990, Satoshi's 1.1 million bitcoins were briefly worth…

Enough to be the 13th-largest fortune in the world.

If you believe David Kleiman's heirs, this man currently controls that fortune: 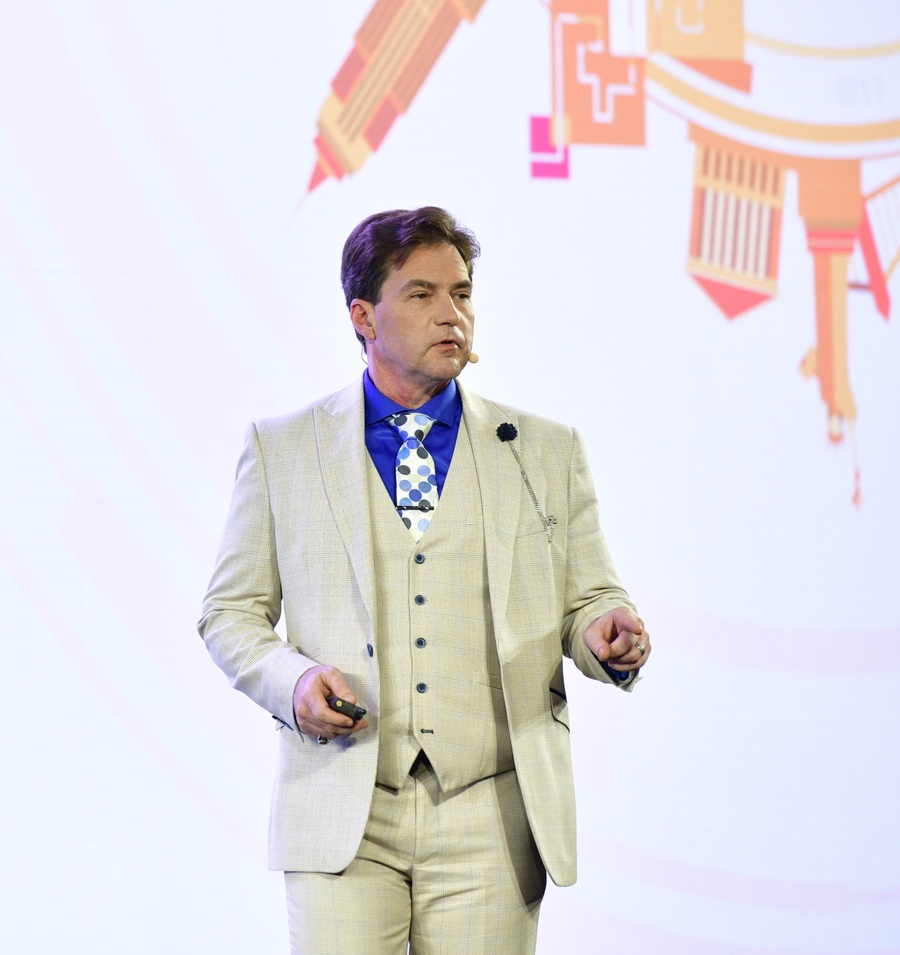 The domain name Bitcoin.org was registered in August of 2008.

On October 31, 2008, a programmer using the name Satoshi Nakamoto uploaded a nine-page white paper to a cryptography mailing list. That paper, titled "Bitcoin: A Peer-to-Peer Electronic Cash System," outlined bitcoin as we know it today – an electronic form of cash that would allow people to exchange value without needing a bank or third party intermediary.

This person going by "Nakamoto" implemented the bitcoin software on January 3, 2009. On that date, he mined what is now called the "genesis block of bitcoin." As a reward for mining the genesis block Nakamoto received 50 bitcoins. At the time those 50 bitcoins were basically worthless. Today, 50 bitcoins would cost you almost exactly $3 million.

One of Satoshi's strokes of genius was the concept of built-in scarcity. Only 21 million bitcoins will ever exist and only 20 million will ever be available to be mined by the general public.

Because over its first year of bitcoin's operation Satoshi mined 1 million coins for himself. At some point his collection increased to 1.1 million according to today's lawsuit.

In 2011 Satoshi stopped working on Bitcoin and hasn't been heard from since.

Kleiman vs Wright vs Nakamoto

If you believe the family of David Kleiman, in early 2008 Craig sought help from David in penning what became that nine-page white paper and writing the code for bitcoin. The two then launched bitcoin together on that fateful day in January 2009.

In 2011 David Kleiman incorporated a business in Florida called W&K Info Defense Research, LLC. The Kleiman family alleges that this business was a partnership with Craig Wright that mined roughly 1 million bitcoins via the pseudonym Satoshi Nakamoto.

On April 1, 2013, just a few weeks before David Kleiman's death, the USD value of one bitcoin topped $100 for the first time. So, in theory, at the time of David's death, Satoshi's 1.1 million bitcoins were worth $110 million. So, in theory, David's share was around $55 million.

David Kleiman died on April 26, 2013 of natural causes. He had been paralyzed since 1995 and his death was reportedly related to a staph infection.

Kleiman left a will. There is no mention of bitcoin in the will. There's also no evidence that any of his friends or family were aware of his involvement in bitcoin. These points would later be brought up by Craig Wright's lawyers as evidence Kleiman was not involved in bitcoin. After all, if you controlled a $55 million asset, wouldn't you mention it in your will? Or to a friend?

In December 2015, a Wired magazine article claimed that Craig Wright "either invented bitcoin or is a brilliant hoaxer who very badly wants us to believe he did."

Several hours after the Wired article was published, Craig's home and office in Australia were raided by Australian Federal Police as part of an Australian Tax Office Investigation.

The day the Wired article was published Gizmodo published a separate story in which it purported to have received evidence from a hacker who supposedly broke into Craig Wright's email accounts and found proof that Satoshi Nakamoto was a joint pseudonym used by Wright and Kleiman.

In May 2016 Craig Wright came out publicly for the first time claiming to be the creator of bitcoin.

In April 2019 Craig registered the original white paper and the code for Bitcoin 0.1 with the US Copyright office.

In recent years he has been known to sue people who call him a fraud or question his assertions of being the founder of bitcoin. He recently was involved in a copyright lawsuit against a website that merely hosted the white paper.

Putting the lawsuit aside for a moment, there is a very simple way for Craig Wright to prove he created bitcoin once and for all. All he has to do is access Satoshi's wallet. That wallet, which has been dormant for over a decade, holds 1.1 million bitcoins. If he simply transferred one bitcoin to a pre-selected charity, that would be irrefutable proof. On the other hand, if Craig proved he was Satoshi AND the Kleiman's lawsuit is successful, he could be forced to hand transfer around $33 billion worth of bitcoins to his former partner's heirs…