By Amy Lamare on August 6, 2017 in Articles › Billionaire News

As a country, Nigeria is rich in oil. They have the second largest economy in Africa. Lagos is an enormous, vibrant port city of more than 20 million people with an economy that is larger than many countries in Africa. In many ways, Nigeria is a rich country. However, almost 100,000,000 Nigerians live on less than $1 per day, making extreme poverty a big problem in the country. Then there's the Boko Haram, the Islamic extremist group based in Northern Nigeria, which has left five million people in need of basic necessities like food. The U.N. believes that northeast Nigeria, the strong hold of the Boko Haram, could be at a huge risk of famine.

Here's the thing, though—many of, if not all of, these problems with extreme poverty and potential famine in Nigeria could be solved if the richest billionaires in the country got together and helped. Oxfam calculated that it would cost $24 billion to eradicate extreme poverty in Nigeria. That's living on less than $1.90 per day. That's just about the total of the net worth of the five richest people in Nigeria. 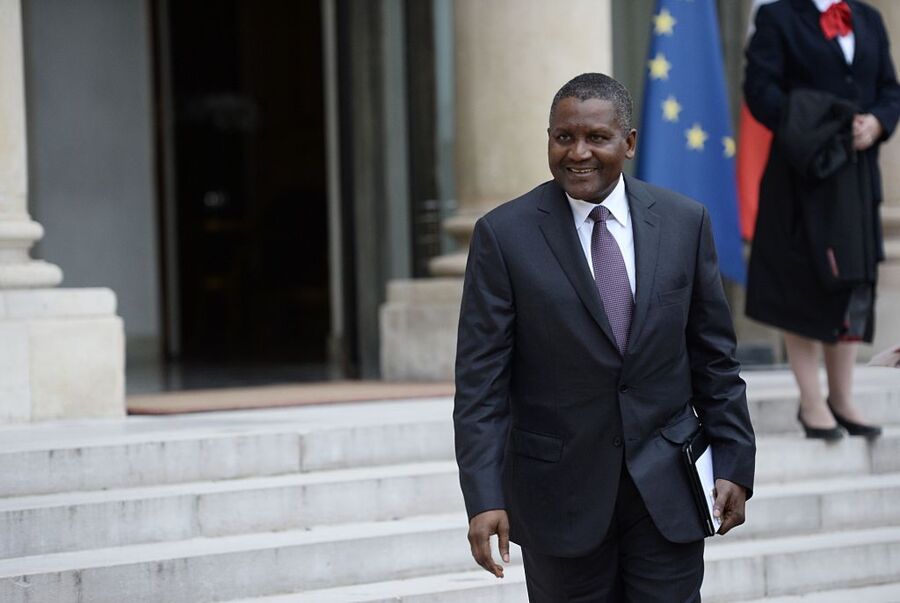 Nigeria's first female billionaire, Alakija, 66, is Nigeria's first female billionaire. She began her professional career as an Executive Secretary in Lagos, Nigeria, while simultaneously launching her own tailoring business. Her company flourished, and she went on to become the National President and a Trustee for the Fashion Designers Association of Nigeria. In the early 90s, she applied for a license to begin prospecting for oil. It turns out, the plot of land she was granted was sitting on over 1 billion barrels of potential oil. She owns 60% of the drilling venture that is off the coast of Nigeria. Star Deep Water Petroleum Limited, a Texaco company, and Petrobras, a Brazilian company, own the rest of the drilling operation. After the billion barrels were discovered, the Nigerian government attempted to take the land grant back. A 12 year legal battle ensued that reached all the way to the Supreme Court of Nigeria. Folorunsho was victorious and her patience was rewarded handsomely. As soon as the legal verdict came down, Folorunsho was instantly worth billions of dollars.

Femi Otedola made his fortune through his company Forte Oil, which runs more than 500 gas stations across Nigeria. He also has interests in finance and power generation.

Abdulsamad Rabiu is the founder of the conglomerate BUA Group, which has interests in rice, sugar, edible oil, real estate, and cement. He took over the business in the 1980s when his father was arrested on charges of rice hoarding.