He Xiangjian is one of the wealthiest people in China. He founded the Midea Group, one of the biggest manufacturers of home appliances. Last weekend he was the target of an attempted kidnapping at his luxury villa in Foshan city in southern Guangdong province. Luckily, his son was present and was able to thwart the kidnapping and seek help. On Sunday night, police in Foshan received a call saying that intruders had broken into Xiangjian's mansion. It is believed that the call was made by Xiangjian's 55-year-old son, He Jianfeng. The son reportedly got out of the house, dove into a nearby river, and swam for help. The neighborhood was under lockdown between Sunday evening and Monday morning while police investigated the attempted kidnapping. Five suspects were arrested in connection with the crime.

The police are still investigating the crime. Xiangjian's company Midea issued a statement saying: "Thank you to the police, thank you to the media, and to all sectors of society for your concern." Xiangjian is one of the richest people in China. He built his company from the ground up when he was 26. The company started out making car parts and bottle lids. Today, it is one of the biggest home appliance and air conditioning companies in China. Midea also owns the German company Kuka, one of the largest robotics companies in the world. Midea's total 2019 operating revenue topped $33 billion. 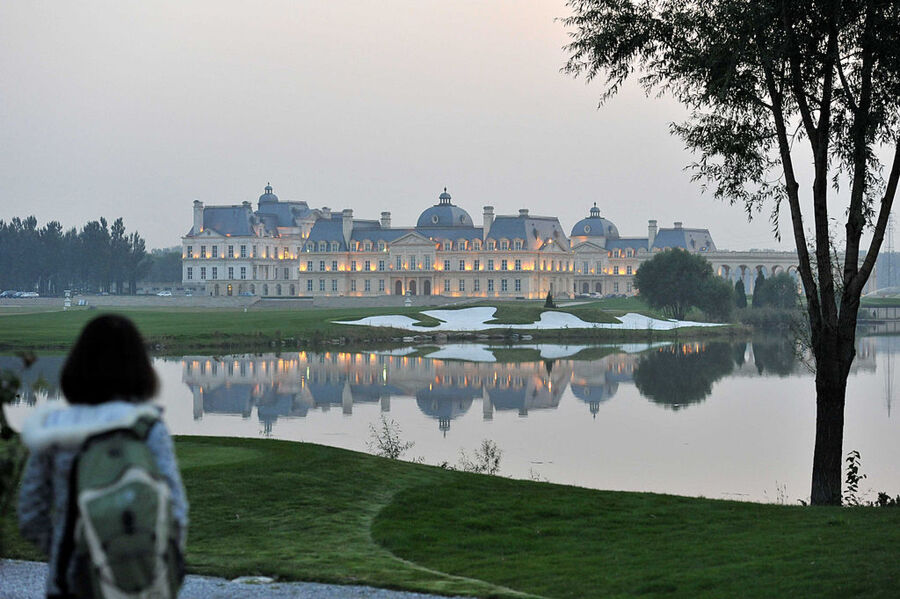 A mansion in China (STR/AFP via Getty Images)

During the kidnapping attempt, Xiangjian, 77, was held hostage with other members of his family. His son was able to escape the house and go for help. The initial call for help indicated that the kidnappers were in possession of explosives. Police were called around 5:30 pm Sunday and told that a private home in Junlan International Golf Life Village had been broken into. The caller, presumably Xiangjian's son, said the people inside the house were being threatened.

Xianjian keeps a low profile in comparison to his other billionaire peers in China. He lives in a European style mansion with Roman columns. The property normally has a large security presence, prompting people to ask how five would be kidnappers gained access to the house in broad daylight. Midea gave employees Monday off while the company carried out a risk assessment.

He Xiangjian has a net worth of $9 billion.