Ferrari Heir Sees Net Worth Surge On Success Of Stock

Piero Ferrari, 74, is the son and only living heir of Enzo Ferrari, founder of the car company that bears his name. When he was a kid, his dad really didn't want him to get into the family business, which at the time, was race car driving. Piero was never allowed to sit in the family racecars and was wholeheartedly discouraged from even considering getting into racing. That worked, and Piero went off and earned a degree in engineering from the University of Modena. He started working at Ferrari as an English translator for his father and later as supervisor of the production of road cars and co-organizer of the racing department. When Enzo Ferrari died in 1988, Piero was the sole heir and was made vice chairman of Ferrari.

Interestingly, Piero is the son of Enzo and his mistress Lina Lardi. As divorce was illegal in Italy until 1975, he wasn't recognized as Enzo's son until after Laura Ferrari's death in 1978. Piero was not allowed to take the Ferrari name until after Enzo's death in 1988, but at that time he was also handed the whole Ferrari company. 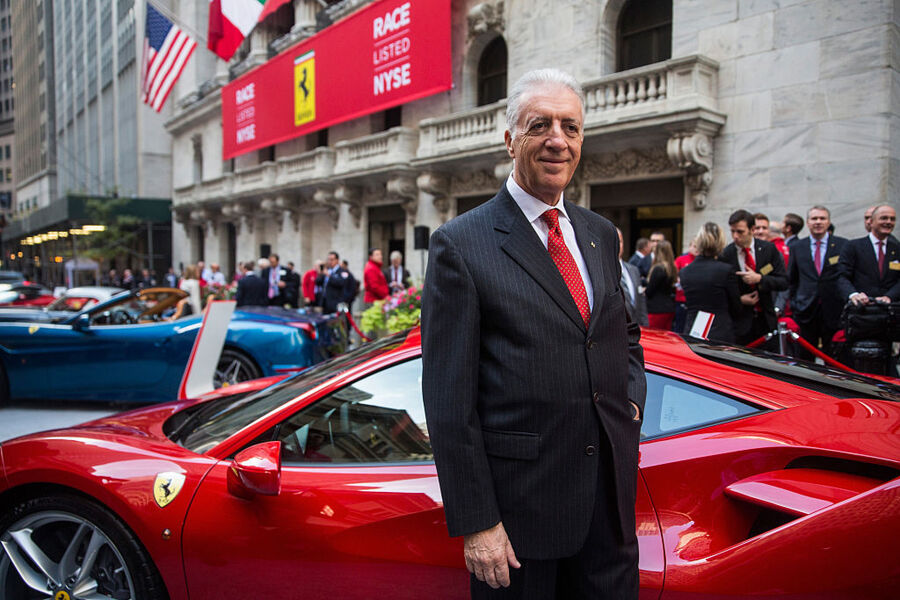 It was the October 2015 IPO of Ferrari that made Piero a billionaire with a $1.3 billion net worth. At the time of the IPO, the company sold 17.2 million shares with a valuation of the company at $11 billion. Ferrari is a brand that inspires loyalty. And the brand is pretty invincible as well. Of the 10 most expensive cars sold at public auction, nine have been Ferrari automobiles. It wasn't a surprise that going public would be very profitable for Piero Ferrari and other shareholders, but even in 2015, no one could have foreseen how well Ferrari's stock would do. Thanks to a surge in share value, Piero now has a net worth of $3.5 billion.

Piero Ferrari is the only surviving son of Enzo, and according to reports he has no plans to sell his stake in the company his father started in 1929. Fiat Chrysler owns 90% of Ferrari. Piero owns the remaining 10%.

Piero Ferrari is married to Floriana Nalin. The couple has a grown daughter, Antonella, and two grandchildren.