By Brian Warner on February 7, 2022 in Articles › Billionaire News

Last week at this time, Mark Zuckerberg was safely one of the five richest people on the planet with a net worth of $122 billion. At that point the only human beings richer than Zuckerberg were Bill Gates, Bernard Arnault, Jeff Bezos and Elon Musk. Unfortunately a lot has happened in the last week… and none of it has been good news for Facebook or Zuck.

Last Wednesday Facebook released a disastrous quarterly earnings report. The company missed on all of its major financial metrics and issued negative forward-looking guidance that admitted to significant competition coming from TikTok and a body blow coming from Apple's war against app tracking.

As I type this article (on Monday February 7 at 1:20 PM PST), Facebook's stock is getting clobbered yet again. The stock is down another 5+% on news that they might have to go so far as to shut down Facebook and Instagram in Europe in order to comply with a potential upcoming data privacy rule on the continent.

As the owner of roughly 13% of the company's outstanding shares, this kind of blood bath obviously has a massive impact on Mark's net worth. 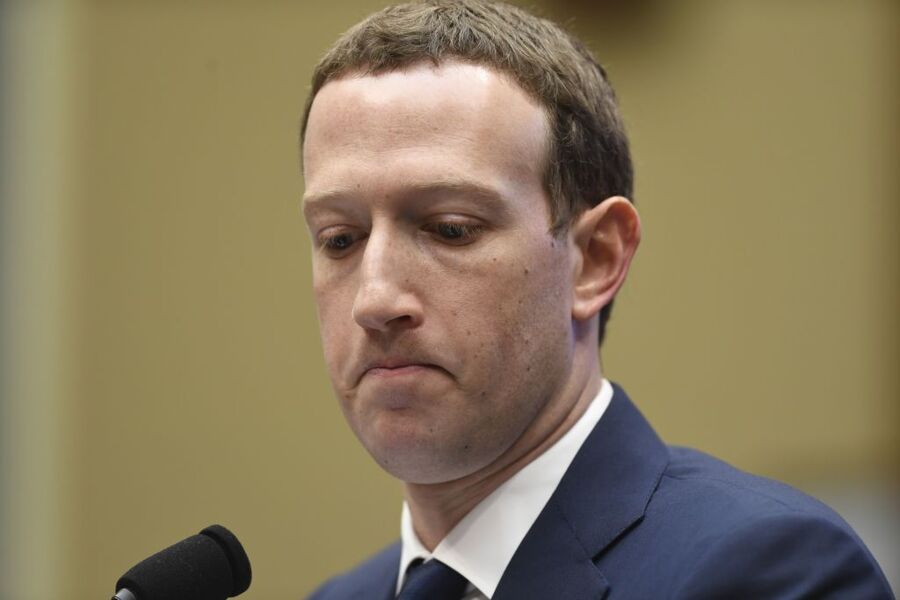 As we mentioned previously, at this time last week Mark Zuckerberg's net worth was $122 billion. As I type this article, Mark's net worth is teetering on $80 billion and leaning towards $79 billion.

That's a $42 billion drop in a week. This latest plunge is the first time Mark has been worth less than $100 billion since August 2020 when he first hit centibillionaire status.

Just a few months ago Facebook was on top of the world. In September 2021 Facebook's market cap hit an all-time high of $1.07 trillion. At that level, Mark's net worth was $140 billion. That was high enough to make him the FOURTH richest person in the world.

At $80 billion Mark is no longer one of the 10 richest people in the world. By our count, he ranks at #12. And compared to his all-time high net worth of $140 billion, he has lost $60 billion in wealth in a matter of months.

Mark and Facebook seem to have been facing non-stop existential PR disasters from the moment the company went public nearly a decade ago. But I have to say, this time does feel a little different. For the first time ever, they're facing real competition from major rivals while also being investigated for anti-trust violations.

Full disclosure – I own 36 shares of Facebook in my stock portfolio. Those shares lost a little over $3,000 in value on Thursday. Not the biggest tragedy in the world, but still not fun.

On the other hand, I do take a little bit of pleasure in watching Facebook stumble. At least a dozen times in the last 6-7 years CelebrityNetWorth's Facebook "reach" has been cut off by mindless and unexplained Facebook algorithm changes. CelebrityNetWorth has around 500,000 Facebook fans and on a GOOD day our articles reach 30,000 of those fans. That's 6%.

When I started investing in our Facebook page back in 2015 the average post reached at least 25% of our fans. I invested hundreds of thousands of dollars building the fan page only to see our reach slowly dwindle. If you had told me back in 2014 that in 8 years our average post would reach 6% of fans, I would have taken those hundreds of thousands of dollars and bought a condo or a just invested in something else.

I will admit it's been a bit better in the last year, but then it drops off a cliff for a few months without any warning.

Here are some real numbers:

In January 2021, the posts we published to our Facebook page resulted in a little over 2 million visitors coming to CelebrityNetWorth from Facebook. That was our biggest Facebook traffic month ever.

So ya. I think Mark and his employees can find a way to swallow this recent plunge.