By Amy Lamare on January 14, 2018 in Articles › Billionaire News

Surely you've seen ads for or driven past a location of DriveTime. It is the fourth-largest used car dealer in the United States. DriveTime is the brainchild of 60-year-old convicted felon Ernest Garcia II. Recently, Garcia stood next to his son Ernest Garcia III as he rang the bell at the New York Stock Exchange. It was a rare public appearance for Garcia, as he had purposely stayed out of the public eye for decades. However, when his used car e-commerce company went public, he decided to come out and celebrate his achievements.

Garcia is from Gallup, New Mexico. His father owned a liquor store and was also town's mayor. He went to the University of Arizona and was a member of the Wildcats' golf team. When he was offered a job as a stock broker, Garcia dropped out of college. Several years later he became a real estate developer in Phoenix. One of the banks he worked with was the infamous Lincoln Savings & Loan. Charles Keating ran the bank. The bank's failure caused a scandal in Washington D.C. due to Keating's connections to a number of U.S. senators. 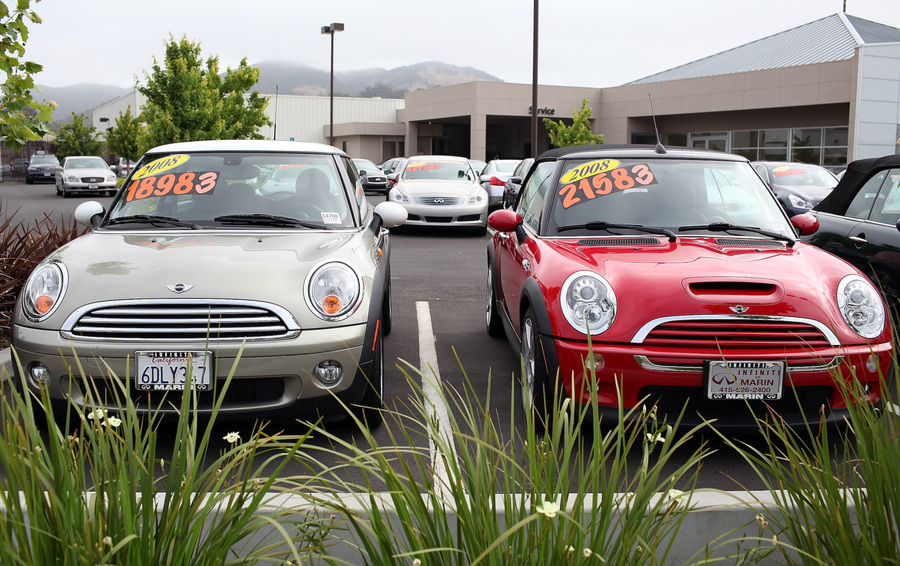 Garcia pled guilty to a charge of bank fraud in relation to his relationship with Lincoln Savings & Loan in 1990. He was 33 years old and received a sentence of three years of probation. He was also required to cooperate with the U.S. attorney prosecuting Keating. Garcia filed for bankruptcy protection for his company and personally.

Garcia's professional and financial comeback began when he acquired the rental car company Ugly Duckling for less than $1 million. He tried but failed to turn the company around, so he merged it with a small finance company and rebranded it as a used car seller and finance company for people with bad credit. Garcia took Ugly Duckling public in the 1990s and raised $170 million in the IPO. As the stock market soared in the 1990s, so did Ugly Duckling and Garcia issued more and more shares in the company. In the early 2000s the fortunes of Ugly Duckling had taken a turn for the worse and Garcia took the company private but buying up all the shares he didn't already own for $18 million. At the time, Ugly Duckling had revenues of $600 million annually. Garcia then rebranded the company as DriveTime Automotive. Today, DriveTime has annual revenues of $2.5 billion. It is a profitable business that has billions in car financing receivables.

Ernest Garcia III joined his father's company after he graduated from Stanford with an engineering degree. Garcia III started the company Carvana as a subsidiary of DriveTime in 2012. Carvana bought most of its inventory of used cars from DriveTime. Carvana also used DriveTime's financing division at first. Carvana has since spun off into its own business. Garcia II does not sit on the board of Carvana so as not to involve his ex-con past in his son's company. He is, however, the biggest single shareholder in Carvana.

Carvana is being promoted as the "Amazon of cars." The Phoenix-based technology company buys and sells used cars. Customers use the website to find used cars, get financing, and arrange for delivery of their used car. Carvana also has eight glass tower "vending machines" that are eight stories tall in cities across the U.S. where customers can view and pick up their used car purchases. Carvana competes directly with used car superstore CarMax. Carvana raised $225 million at its IPO.

Today, Garcia is a billionaire with a net worth of $2.5 billion. He is friends Dan Quayle and billionaire Mark Walter of Guggenheim Partners. He has an apartment in Trump Tower. Things are looking up for Ernest Garcia II. Shares of Carvana are up 46% since the company's IPO this past spring. His stake in Carvana is worth $1.5 billion.