Snap's Evan Spiegel and his wife Miranda Kerr have spent $30 million on a 10,000-square-foot mansion near the Seine river in Paris. The home has six bedrooms, five bathrooms, a library, music room, wine cellar, private dressing rooms, and a swimming pool. The home also has space for nannies, maids, and/or chefs. The famous billionaire couple reportedly spent $30,358,000 for the home in May 2020. The purchase happened about two years after the Snap founder was granted honorary French citizenship. Spiegel was born and raised in Los Angeles. His citizenship was granted by a French law that allows the country to grant French nationality to a "French-speaking foreigner who requests it and who contributes to France through exceptional action to the standing of France and the prosperity of international economic relations." Spiegel and his then newborn son Hart both received French citizenship from President Emanuel Macron in 2018. 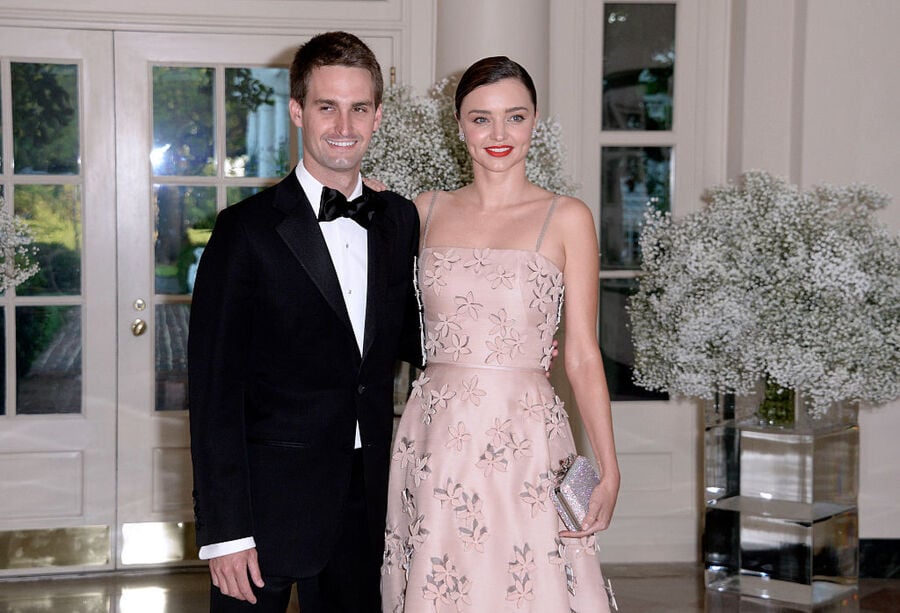 Spiegel has about 80 employees based in Snap's French office. He also acquired the French startup Zenley for $213 million. Zenley provided the technology for Snap Maps. Spiegel is also close friends with a number of prominent French businessmen including Bernard Arnault's son Antoine Arnault and telecom billionaire Xavier Niel. Spiegel is also well known for how much he loves France. For years he has visited the country several times a year. He's spent the last several years learning the language.

The purchase of the Paris property makes Spiegel and Kerr tricontinental. They own a $12 million, 7,164-square-foot home in Los Angeles' tony Brentwood neighborhood that formerly belonged to actor Harrison Ford. Spiegel purchased the home in 2016 about a month before he proposed to Kerr. The couple held their 2017 wedding at their Brentwood home. Spiegel and Kerr also own a home in Kerr's native Australia. They reportedly bought a $5.8 million vineyard estate in Australia's Hunter Valley wine region in the summer of 2020. Kerr also owns a beachfront cottage in Malibu that she's had since before she met Evan Spiegel. The couple has two children and also co-parent Kerr's son from her first marriage to actor Orlando Bloom.

The Paris home backs up to a 10,000-square-foot private park. Spiegel and Kerr will need to undertake massive renovations of the home before they move in. Lucky for them, Kerr has her own line of furniture called Love. Joy. Bliss. She launched the line in 2019. Kerr has designed and decorated all of the homes she and Spiegel own.