Few things in life are as welcoming as Krispy Kreme's "Hot Doughnuts" sign. When the red lights are illuminated, guests can come in and enjoy a free freshly-made doughnut while perusing a variety of tasty options.

JAB Holdings, the investment arm of Europe's Reimann family, knows the value of a sweet deal. They purchased Krispy Kreme in a transaction worth $1.35 billion that's expected to close next quarter.

In total, they've spent more than $27 billion in acquisitions since 2012. And that's not even counting their work in other markets, or their own company, Jacobs Douwe Egberts, which has revenues of more than 5 billion euros, and owns brands like Kenco, Senseo, Moccona and Tassimo. 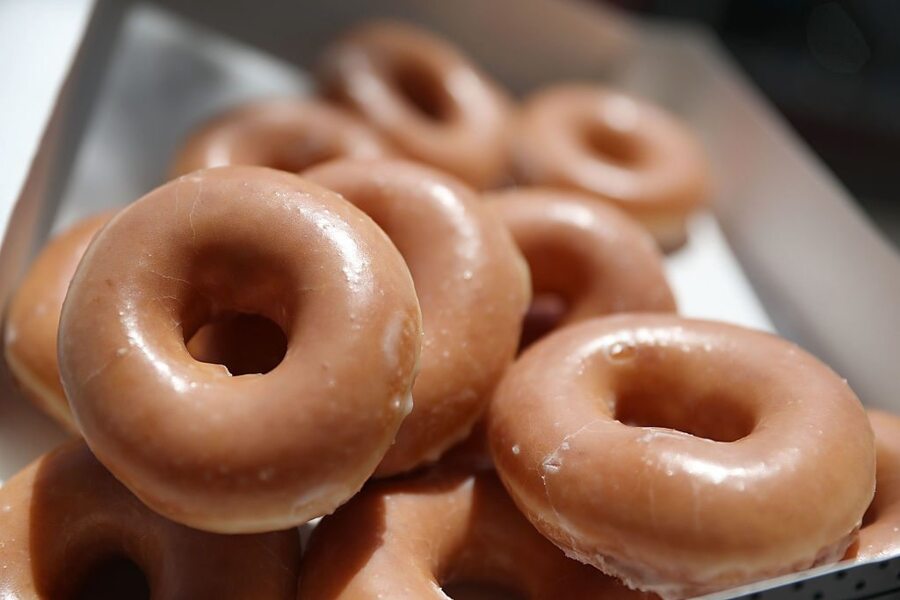 The Reimann group, consisting of Wolfgang, Stefan, Renate and Matthias, each have a net worth of $3.5 billion. They believe Krispy Kreme is the latest piece in establishing a morning behemoth. Krispy Kreme introduced coffee back in 2011, though it didn't do much to slow down Starbucks. The coffee giant saw its sales rise by about 17 percent last year, thanks to new food offerings and a refresh of its brand loyalty program.

However, now that Krispy Kreme is able to offer high-end, name-brand coffee in its stores, it may be able to put a dent into its rival. The company stock jumped more than 24 percent after the deal was announced.

So far, coffee has been a minor part of Krispy Kreme's sales – nearly 90 percent of its revenue came from doughnuts.

Dunkin' Donuts, on the other hand, makes the majority of its money from coffee sales. JAB has also considered Dunkin' as another potential acquisition, but for now, it's just sticking with Krispy Kreme.

Outside of its coffee holdings, JAB – which is run by partners Peter Harf, Bart Becht and Olivier Goudet – has invested in a number of consumer-goods companies, including fragrance maker Coty Inc. and Durex condom maker Reckitt Benckiser.

The Reismann clan has already made their mark in consumer goods, and now they're looking to take over the breakfast market. It is the most important meal of the day, after all.