Billionaire Estee Lauder heir William Lauder wants his baby mama evicted from the $7 million mansion he gave her in the Bel Air neighborhood of Los Angeles. New York socialite Taylor Stein, 54, is the mother of a love child with the Estee Lauder heir, who is 60. They met at a party at Lauder's mansion in Aspen, Colorado in 2000. At the time, Lauder was married to his wife Karen, who is the mother of two of his daughters. Lauder and Stein's affair began a year later and in 2005, Stein got pregnant. Lauder reportedly asked her to terminate the pregnancy due to the fact that he was in the midst of a contentious divorce from Karen Lauder. Their marriage ultimately ended in 2009. Stein got pregnant again in 2006 and their daughter was born in May 2007. Lauder moved Stein and his baby daughter to Aspen to keep his personal life out of the press.

Lauder is the son of billionaire Leonard Lauder and grandson of Estee Lauder. He is currently the executive chairman of Estee Lauder. He's been with the family business since 1986 when he started out as regional marketing director for Clinique in the New York Metro area. He then spent two years as field sales manager for Prescriptives. He spent eight years as the vice president of Origins. He was president of The Estee Lauder Companies from 2001 to 2004 and CEO from July 2004 to July 2009. 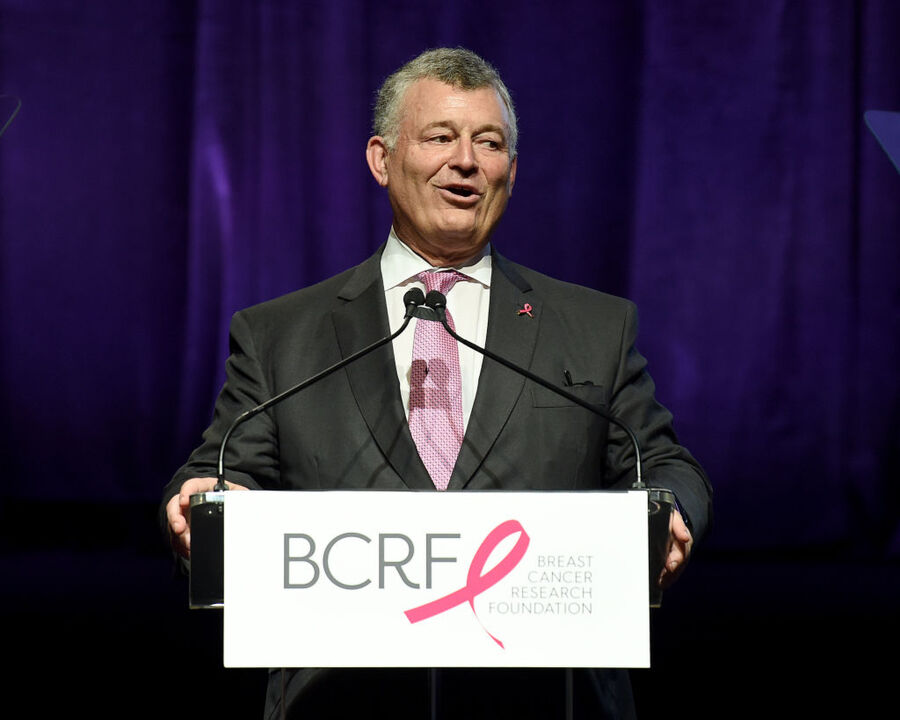 Taylor Stein is the daughter of the late Howard Stein, the New York City nightclub impresario behind 80s hot spots Au Bar and Xenon. Her grandfather Ruby Stein was a loan shark who was murdered and his headless body was found floating in Jamaica Bay in May 1977. Stein and Lauder have had a difficult relationship for years. In November 2012, Stein was arrested after she allegedly punched Lauder in the face during a shouting match between them on a street in Los Angeles. She pled guilty to a domestic assault charge and was sentenced to 19 days of community service with the California Department of Transportation.

Stein reportedly signed an agreement with Lauder in 2007 that would give her $1 million every year provided she didn't publicly disclose who the father of her child was and as long as she didn't get within 100 yards of any member of the Lauder family in New York, Aspen, and Palm Beach. The relationship between Lauder and Stein has been strained for years. Their battle was recently reignited in late 2020 when their 13-year-old daughter put a post on social media saying her parents were divorced. Lauder viewed this as a violation of the 2007 agreement. Now Stein is accusing Lauder of backing out of their arrangement to support them. She also allegedly accused Lauder of a campaign of harassment against her, including hiring private detectives to spy on her.

In 2018, Stein filed a complaint that Lauder was refusing to honor their agreement and was trying to evict her, their teenaged daughter, and the 10-year-old son Stein adopted from their 6,000-square-foot, six-bedroom, five-bathroom home.  Stein and Lauder appeared to have reached a truce last fall until the social media post incensed Lauder and set him on the warpath, once again. Now, Stein is fighting having her family evicted.