The End Of The Saudi Arabian Billionaire

Trouble is brewing for billionaires in Saudi Arabia. First there is the anti-corruption campaign that led to the arrest and detention of a number of high ranking, wealthy people in the country. Then some, if not all, of their assets were seized. As a result, on the new list of the world's billionaires, there is not a single one from Saudi Arabia. For comparison, on last year's list there were 10 Saudi Arabian billionaires. In light of the anti-corruption campaign led by Crown Prince Mohammed bin Salman, it is simply impossible to assess the net worths of the richest men in that country.

Many of Saudi Arabia's most prominent business leaders, some of them royals themselves, were detained for months. In order to be released, they had to agree to hand over very large sums of cash and assets—thought to be more than $100 billion combined. However, Saudi officials have declined to release much info on how that all shook out, so we can only guess at the new net worths of the former Saudi billionaires and concur that they are no longer in the ranks of the world's billionaires. 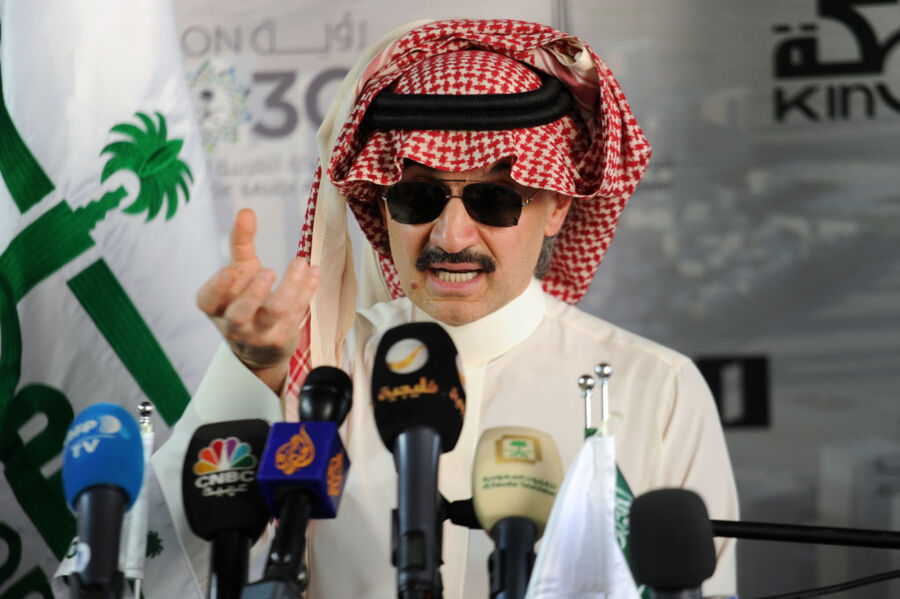 The most prominent of Saudi men arrested last year was Prince Alwaleed bin Talal. He runs Kingdom Holding Company and has stakes in Apple, Twitter, and Citigroup and has been called the Saudi Warren Buffett.  We estimate his former net worth to be $20 billion but have no details on how much of that he had to fork over to gain his freedom after being arrested.  Alwaleed spent almost three months imprisoned at the Ritz-Carlton hotel in Riyadh. He was freed in January. We believe that he had to pay billions to guarantee his release but cannot verify that amount.

The anti-corruption committee is being led by Crown Prince Mohammed bin Salman. The committee has the power to investigate, arrest, freeze the assets of those found to be a part of the corruption, and issue travel bans. This effort is part of a plan to clear the way for the crown prince's plan to move the Saudi economy away from its dependence on oil. The crown prince has already introduced major changes in the kingdom including the end of the controversial ban on women driving.