In terms of net worth growth, Elon Musk has had an absolutely incredible 2020. The only person on the planet whose net worth has grown by a greater amount is Amazon founder Jeff Bezos. When Jeff started the year his net worth was $115 billion. Today Jeff Bezos' net worth is $190 billion. That's a $75 billion increase in wealth in a little over six months. Elon Musk's net worth was $27.5 billion at the beginning of 2020. After today's all-time high close of Tesla stock, Elon slides into seventh place on our list of the richest people in the world. With a net worth of $70.5 billion, Elon Musk is now richer than Warren Buffet, Larry Ellison and Sergey Brin.

When understanding Elon's net worth, you have to keep in mind that there are two driving forces behind his fortune; Tesla and SpaceX. Roughly 80% of his net worth comes from his stake in Tesla and the remaining comes from SpaceX. He owns roughly 22% of Tesla's outstanding shares and 54% of the privately-held SpaceX.

Below is a chart of Tesla's stock price over the last year. Note the dotted line at the far left side of the chart showing that on July 11, 2019 Tesla closed at $238.60. Now note today's closing price of $1,544.65. That's a 550% increase. Incredibly, the stock has increased 260% year to date alone, at a time when most companies have screeched to a halt due to Coronavirus. Just look at this chart: 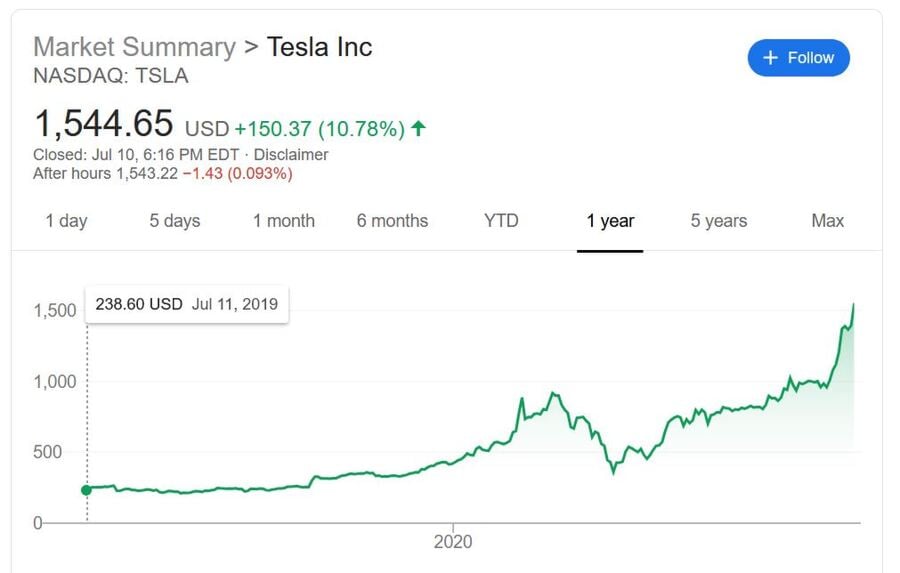 With Tesla stock soaring, so to has Elon's wealth. His net worth increased $6 billion today alone thanks to that 10% gain you see above.

At today's all-time high closing price, Elon Musk's net worth topped $70 billion for the first time. It technically ended a bit higher than that, at $70.5 billion.

With today's $6 billion jump, Elon slides into place as the seventh-richest person in the world, jumping over Warren Buffett, Larry Ellison and Sergey Brin. 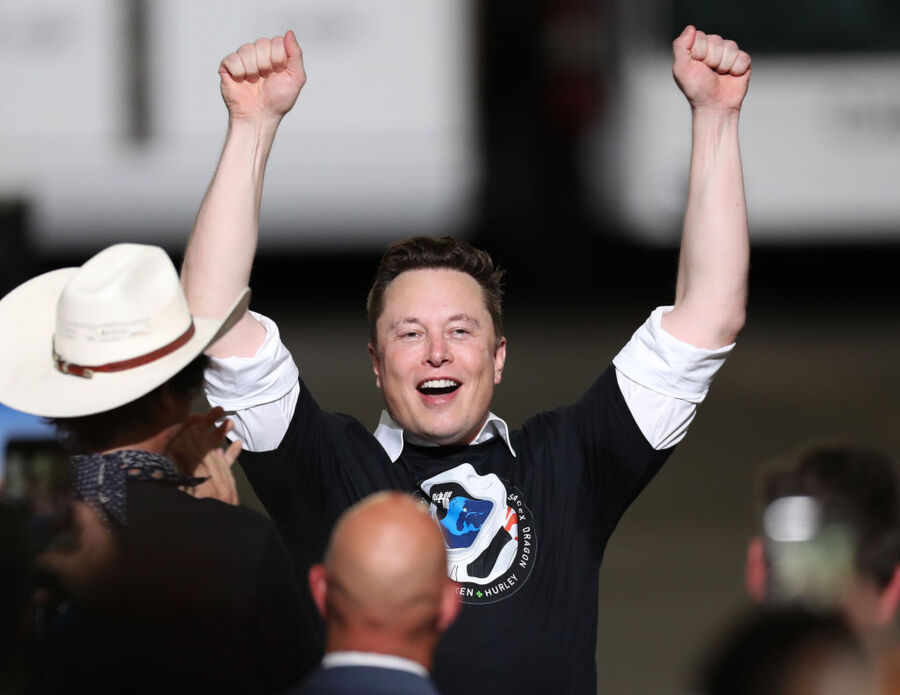 The Richest People In The World

At today's market close, here is a current list of the only people on earth richer than Elon: