By Brian Warner on October 21, 2021 in Articles › Billionaire News

For the first time in modern human history, one person controls a quarter trillion dollars in personal wealth without having to adjust for inflation. That person is Elon Musk. As I type this article, Elon Musk's net worth is exactly…

At $250 billion, Elon is $25 billion richer than the combined fortune of the five primary Walmart heirs. 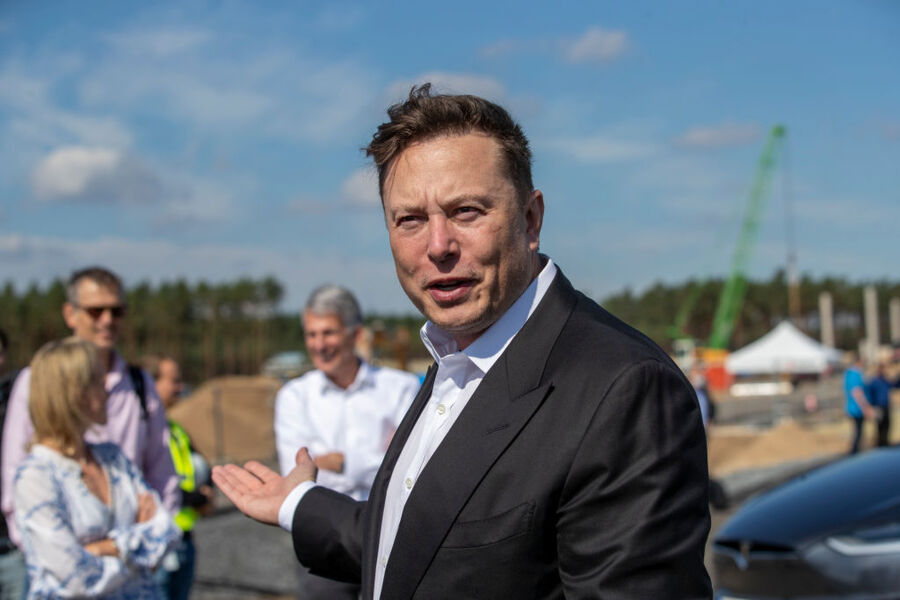 Is Elon Musk the Richest Person In History?

After taking into account inflation and the relative purchasing power of historical tycoons from 100+ years ago, Elon is technically still not quite the richest person in modern history. That honor, most historians would agree, still belongs to John D. Rockefeller. In 2021 dollars, Rockefeller's peak fortune is worth the modern equivalent of…

Andrew Carnegie comes in second place with an inflation-adjusted peak fortune of $310 billion.

On the other hand, calculating Rockefeller and Carnegie's modern-equivalent fortunes is much closer to an art than a science. Andrew Carnegie never controlled more than $500 million in personal wealth. The vast majority of Carnegie's fortune came from a single transaction when he sold Carnegie Steel to a group of investors led by J.P. Morgan for $480 million in 1901. The transaction entitled Carnegie to $230 million worth of gold bonds and a 5% annual coupon to top it off. The bonds sat in a bank in New Jersey which Carnegie never visited.

Rockefeller was the first modern human to control $1 billion. In 1902, an internal audit pegged 62 year old Rockefeller's personal net worth at $200 million. That's roughly $6 billion in today's dollars.  Over the next 12 years, his wealth grew very rapidly. By the beginning of World War One, roughly 1914, a new audit pegged Rockefeller's personal wealth at $900 million. His net worth was made up of ownership interests in banking, mining, railroads and of course oil. The war caused demand for oil to skyrocket. By the time WWI was over, roughly 1918, Rockefeller's personal net worth crossed over $1 billion. His wealth would eventually soar to several billion dollars. At the time of his death in 1937, John D. Rockefeller left personal trusts valued at roughly $1.5 billion. That figure does not include the hundreds of millions of dollars that had already been given away to various charities.

The Gross Domestic Product of the United States in 1935 was $74 billion. At that point Rockefeller was worth $1.5 billion. So his fortune was the same as 2% of the entire GDP.

Honestly, the best way to end this debate will be for Elon to simply add another $100 billion to his net worth. And, amazingly, he might just go ahead and do that.

Earlier this week a Morgan Stanley analyst predicted that Elon will eventually become a trillionaire thanks to his space exploration company, SpaceX (and obviously Tesla helps a bit too).

Where do you think Elon Musk's net worth will be in a year or two?