By Brian Warner on October 26, 2021 in Articles › Billionaire News

When Elon Musk went to bed on Sunday night, his net worth stood at $254 billion. By 1:00 pm PST Monday, when the stock market closed, Elon's net worth was $290 billion.

In other words, Elon gained $36 billion in a single day. That's the largest single-day private wealth gain in human history.

By our count (if you consider this example on the same level) the previous single-day wealth gain record belonged to MacKenzie Scott. Back in April 2019 MacKenzie received 20 million shares of Amazon as a divorce settlement with Jeff Bezos. On the day the transfer occurred those 20 million shares were worth $35.6 billion. So Elon broke her record by $400 million, but should we even count a divorce settlement wealth transfer on the same level as an organic net worth value increase? Perhaps not.

Speaking of Jeff Bezos, as of this writing, Elon is $97 billion richer than the Amazon founder/penis rocket captain. 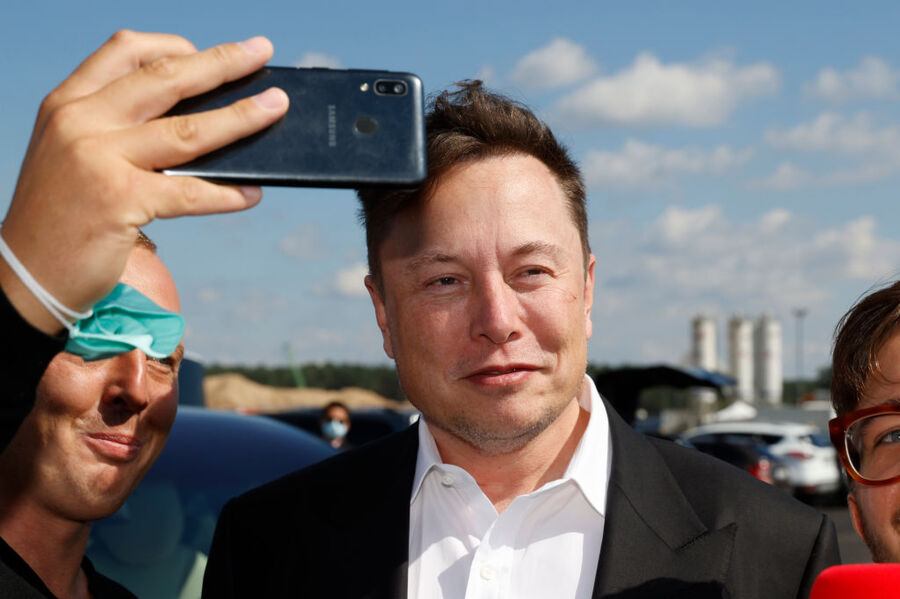 Why is Elon Musk's Net Worth Soaring?

Elon's net worth has been in supersonic mode for the last year. He started the year with a net worth of $172 billion. So he's gained $118 billion since January 1st. For context, that gain alone would be enough to make Elon one of the 8 richest people in the world.

Roughly half of that gain has happened in just the last few months.

Last week Elon's net worth received a boost when SpaceX announced a fundraising round that valued the company at $100 billion for the first time.

Elon owns around 43% of SpaceX. Therefore, after this round, his 43% stake was worth around…

And then there's Tesla.

On Monday morning Hertz announced it was planning to buy 100,000 Tesla's for its future rental fleet. The news caused Tesla's share price to spike, ultimately ending up 13% on the day.

With that 13% increase, Tesla's market cap crossed $1 trillion for the first time. Tesla ended the day with a market cap around $1.01 trillion. Elon's Tesla share are now worth around…

Combined with other investments, options and assets, we can comfortably peg Elon Musk's net worth at $290 billion. A number that would have been unfathomable just a few years ago.

For perspective, back in August 2016 it was newsworthy that Bill Gates' net worth topped $90 billion for the first time. At that point, just five years ago, no human had ever controlled $90 billion in personal fortune (without adjusting for inflation).

A little over a year later, both Gates and Bezos crossed the $100 billion mark for the first time in their respective lives.

If you adjust for inflation, Elon Musk is $20 billion away from sliding into second place as the richest person in modern history. Here's how that list looks at the moment: