By Brian Warner on March 26, 2022 in Articles › Billionaire News

As I type this article, Elon Musk's $250 billion net worth makes him "officially" the richest person in the world. 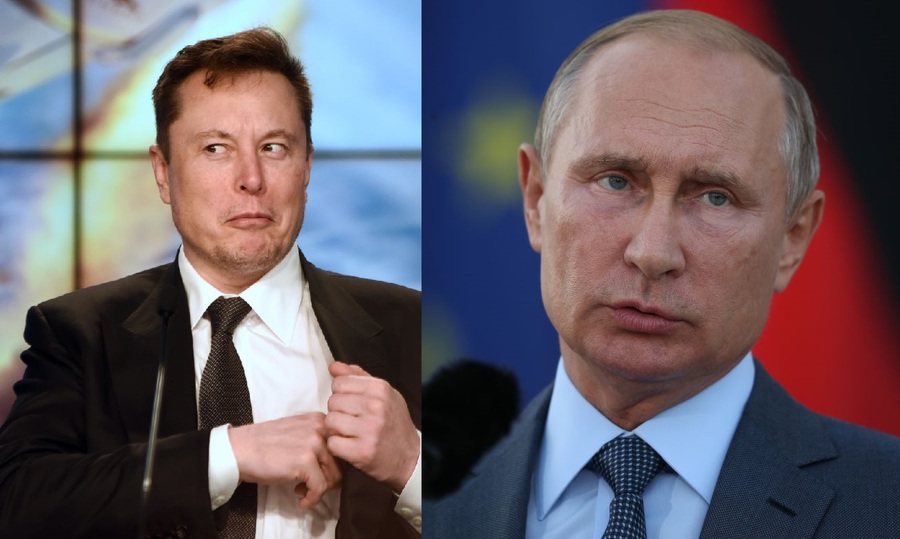 In an weekend interview with the CEO of German publishing conglomerate Axel Springer, Elon stated:

"I do think that Putin is significantly richer than me."

That is a bold statement from a person who verifiably has a net worth of one quarter trillion dollars… which is $60 billion more than his nearest "official" competitor, Jeff Bezos.

Depending on your definition of "significantly," one could presume that in Elon's eyes, Vladimir Putin's net worth is potentially $300 billion or more.

Elon isn't the first person to claim that Vladimir Putin potentially has a net worth of hundreds of billions of dollars. In fact, it's a topic we have covered here at Celebrity Net Worth for about a decade. For example, here's an article we published in February 2015:

"Vladimir Putin's Net Worth Is $200 Billion, According To Prominent Russian Finance Expert"

And there's this article from June of last year in which we detail Putin's alleged massive fortune and billion-dollar palace:

"Is Vladimir Putin Secretly The Richest Person In The World?"

Anything more than a few million dollars would be in stark contrast to the net worth Vladimir Putin claims to control. In his last financial disclosure, Putin claimed to have relatively meager net worth consisting of $180,000 in a savings account, a few Russian-made automobiles and a 16,000 square foot plot of land in the Moscow suburbs.