At the beginning of July we posted an article titled, "Sergey Brin – The Sixth Richest Person In The World – Just Filed For Divorce." We didn't have a ton of inside info at that point, but any time one of the 10 richest people in the world files for divorce, even if it's for a very bland reason, it's newsworthy. Well, we now have a bit more inside info, and… as it turns out… the reason Sergey filed for divorce from his wife of four years, Nicole Shanahan, may have been quite the opposite of bland.

First, a correction. Sergey actually filed for divorce in January 2021, not July as we stated in our article from earlier this month. The filing just became public a few weeks ago as it works away through the Santa Clara, Ca court system. Furthermore, in his January filing Sergey listed December 15 as his official date of separation from Nicole Shanahan. This will be important in a moment.

And now the scandalous update.

And according to Elon's private jet movements, if the claim is true, it was an extremely short affair… 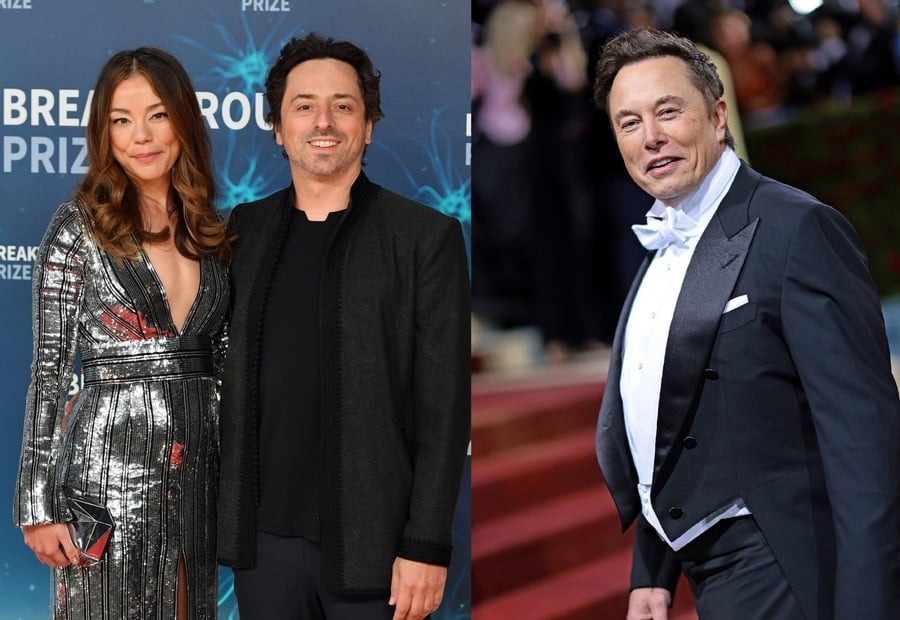 As the Wall Street Journal alleges, "according to a person close to Ms. Shanahan,"Elon and Nicole allegedly had an affair in "early December 2021" while they were both attending Art Basel.

Art Basel is a multi-day art fair that tends to attract the richest and coolest people in the world for a three day festival of partying and looking at art. According to Art Basel's website, the December 2021 fair took place between December 1 and 3.

Was Elon in Miami between December 1st and 3rd? If only someone created a Twitter account that tracked all of Elon's private jet movements…

I just scrolled back to see what Elon's jet was up to back in December, and what do you know…

On the afternoon of December 1, 2021, Elon's jet took a 2 hour flight from Austin, Texas to… Miami! Here's the automated tracker tweet:

Before digging into the details, I pictured Elon sticking around Miami for a several day affair… literally and figuratively. That's apparently not the case.

My Twitter account is in Pacific Standard Time. According to @ElonJet, in PST Elon's jet landed in Miami at 6:34 pm and then departed just FOUR HOURS later at 10:45pm. In local EST, that means Elon apparently landed at 9:45 pm and took off at 1:45 am, technically the early morning of December 2.

If the reports are true, and to reiterate… both Elon and Nicole have denied the report, Elon and Nicole allegedly would have hooked up in that extremely brief window. After subtracting driving from the airport to, presumably, a hotel, we're talking about a 3 hour window to hook up. If true, this clearly was not an accidental "whoops, we were hanging out all weekend drinking and ended up sleeping together."

Not to be crass, but – if true – this would be more of a precision hit. 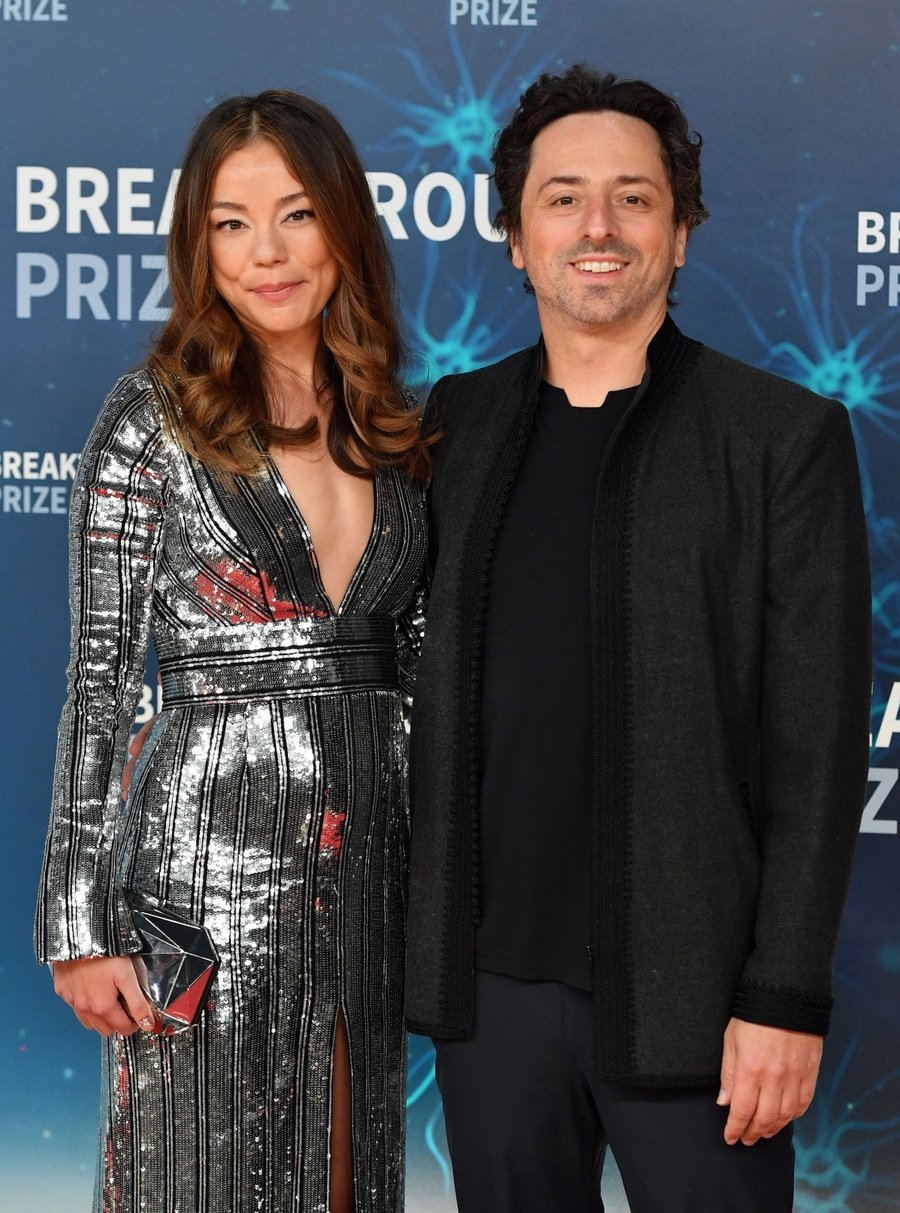 According to the friends who supposedly spoke with the WSJ, Brin and Nicole Shanahan were separated when the alleged affair occurred, but they were still living together.

As we mentioned at the beginning of this article, Sergey officially filed for divorce in early January 2022. In that filing, he listed their date of separation as December 15.

Is it fair to assume that whatever happened in Miami didn't stay in Miami? Did Sergey find out about the alleged Miami rendezvous at some point in the ensuing 13 days?

If these allegations are true, perhaps worst of all, Elon and Sergey have been friends for decades. Sergey was one of Tesla's first private investors AND he almost single-handedly saved the company from going under in 2008 with an injection of $500,000 in cash. A couple years later he took possession of one of Tesla's first Model S cars.

In 2013, a time when Tesla was plagued by production problems and was again circling the drain, Elon came within an inch of selling the company to Google outright for $6 billion. He actually had an agreement in place with Sergey and his Google co-founder Larry Page but in the months it took for their respective lawyers to finalize the deal, Tesla's fortunes improved and Elon ended up walking away. FYI, today Tesla is worth $850 billion.

Even after walking away, Elon and Sergey stayed friendly. In 2015 Elon gave Sergey a "Founders Series" Model X, one of the first four that were produced.

According to the WSJ, in the fallout of the affair, Sergey instructed his financial advisors to sell his personal investments in all of Elon's companies.

Again – according to the WSJ – at a party at some point in 2022, Elon and Sergey bumped into each other in person. Elon reportedly "dropped to one knee in front of Mr. Brin and apologized profusely for the transgression, begging for forgiveness."

On Sunday night Elon finally took to Twitter to address these allegations:

This is total bs. Sergey and I are friends and were at a party together last night!

I've only seen Nicole twice in three years, both times with many other people around. Nothing romantic.

In follow up Tweets Elon claimed to have only seen Nicole Shanahan twice in three years, never romantically, and furthermore:

"I work crazy hours, so there just isn't much time for shenanigans."

"None of the key people involved in these alleged wrongdoings were even interviewed!"

Some thoughts on Elon's denial –

1) Looking back at the WSJ source article, here are the phrases they use to attribute their claims (in order of appearance):

according to people familiar with the matter

according to the people familiar with the matter

according to a person close to Ms. Shanahan

according to people familiar with their relationship

according to people with knowledge of the incident

according to people familiar with the negotiations

Clearly they spoke to someone who claimed to be friends with or represent Nicole Shanahan. If that's the case, something still doesn't add up. Nicole is currently negotiating a divorce from Sergey. If Sergey was the one who had a controversial tryst, it would make sense to try to embarrass him publicly to force a big, quick settlement.

This Elon story does not benefit Nicole. The opposite, actually. So is the info being leaked by a "person close to Nicole" who is actually trying to throw her under the bus? Is Sergey the source? Would the WSJ allow someone who actually represents Sergey to pose as a friend of Nicole's to get this story printed?

2) If these claims are in fact NOT true, what's going on at the Wall Street Journal?

Anyone who read the book or watched the show about Elizabeth Holmes and Theranos will recall the herculean standards that the WSJ required their reporter meet before he could go live with his story. Can anyone just spread a bunch of salacious rumors to the WSJ and get a huge story published as alleged fact?

3) The Art Basel allegation is really interesting. Why make such a specific allegation? Why not just say "Elon and Nicole had an affair at some point and Sergey found out…"?

And then to make this weirder, as it turned out Elon's jet WAS IN MIAMI on December 1st.