By Joseph Gibson on June 30, 2017 in Articles › Billionaire News

It appears that Elon Musk's plans to colonize Mars have reached a point where he needs to find people to actually go to Mars, because his latest statements regarding his plans seem a lot more appealing than some of his earlier announcements on the subject. According to Musk, within 50 years, it could be possible for a human city of a million inhabitants to exist on Mars – and you'll be able to get pizza there, too.

New plans for Musk's proposed Martian colony were recently released in journal New Space, and in them Musk outlines a proposed "Martian Colonial Fleet' of more than a thousand cargo ships, capable of transporting materials for building everything an eventually thriving Martian city could need and 200 passengers at a time. Once the fleet is complete, the ships would be able to launch to Mars from orbit at the same time, when Earth and Mars are in proper alignment (which happens about every 26 months), and then back to Earth again to start the process over. Using such a fleet, Musk says it's possible to have a million people on Mars within 50 to a hundred years, and it's all part of Musk's philosophy that humanity needs to either figure out how to colonize other planets, or risk eventual extinction on Earth:

"I think there are really two fundamental paths. One path is we stay on Earth forever, and then there will be some eventual extinction. The alternative is to become a space-bearing civilisation and a multi-planetary species." 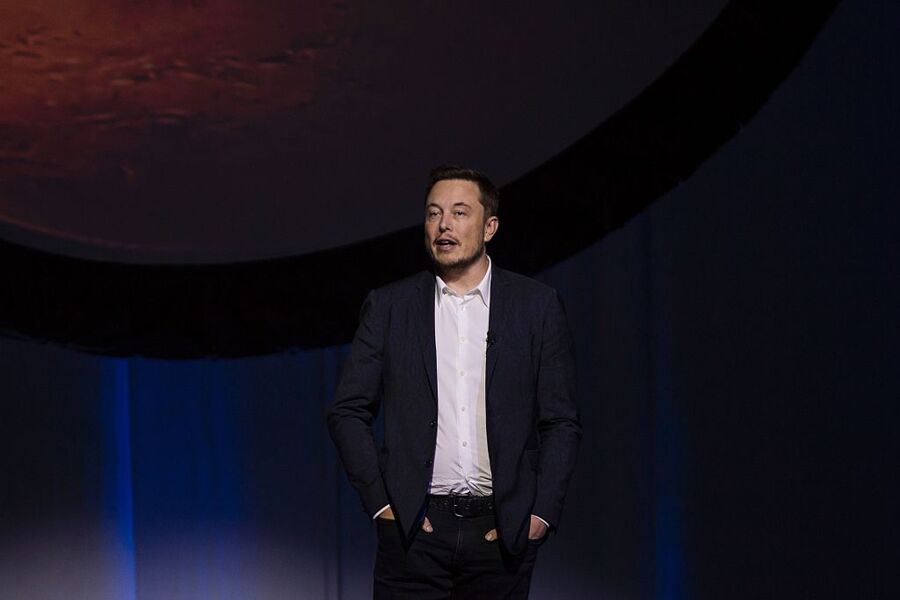 Fortunately for any would-be Martian colonists out there, Musk also took some time away from describing complicated literal rocket science to perform a little old fashioned salesmanship, describing the journey to Mars like this:

"It has got to be really fun and exciting. It cannot feel cramped and boring. Therefore the crew compartment or the occupant compartment is set up so that you can do zero-gravity games. You can float around. There will be movies, lecture halls, cabins and a restaurant. It will be really fun to go. You are going to have a great time."

If everything goes according to Musk's plan (a big "if," as even he admits), colonies will start making their way to Mars in about ten years, then it will only be a matter of time before "iron foundries to pizza joints" and every other component of a self-sustaining Martian metropolis are up and running. And Musk hopes to be able to bring the price of a trip to Mars down to as low as $100,000 per person – a lot of money, but nothing compared to the $10 billion it would cost using conventional technology today.