By Marvin Jules on April 27, 2017 in Articles › Billionaire News

Tax day has come and gone, and while many people are waiting for a big, fat refund check to come in the mail from Uncle Sam, some people have to open up their checkbook and pay the tax man. Freelancers and people who run their own businesses; namely people who don't have an employer who takes out their taxes for them, are usually the people who have to pay Uncle Sam come mid-April. While countless people had to pay the IRS, you would likely be hard-pressed to find someone who paid more money to the IRS than Tesla CEO, Elon Musk.

Elon Musk paid at least $593 million in income tax last year, according to a filing by Tesla Inc. last week. He was hit with that huge tax bill after he exercised stock options that were going to expire at the end of 2016. As far as how he paid the taxes, he did so by selling some of the shares that he got from the options, and kept the remaining options.

It isn't often that the amount of money in income taxes that billionaires pay are disclosed to the public. Tesla decided to disclose this information in order to show that Musk sold the shares in order to cover taxes on the options he exercised well before the options would have expired. 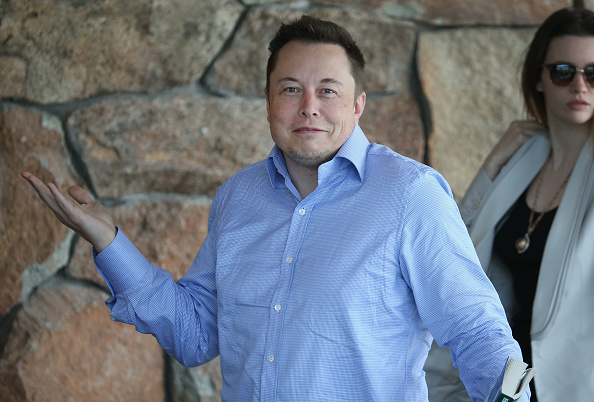 Musk had to pay income taxes on the amount of gain that the option experienced between the strike price and the price the option is on the exercise date. Musk received these options in 2009 in order to compensate him for the following years. These options were tied to Tesla reaching goals such as developing the Model S sedan and producing 10,000 vehicles.