Elon Musk's Net Worth Absolutely Skyrocketed In 2020 And Beyond

Elon's net worth rocketed to $70 billion in July 2020. At that point, roughly $55 billion was attributable to Tesla and $15 billion to SpaceX.

A month later his fortune topped $90 billion for the first time.

In November 2020 his net worth topped $100 billion for the first time.

Tesla stock has waned slightly since early January. As of this writing, Elon Musk is back to being the second-richest person in the world with a net worth $184 billion. 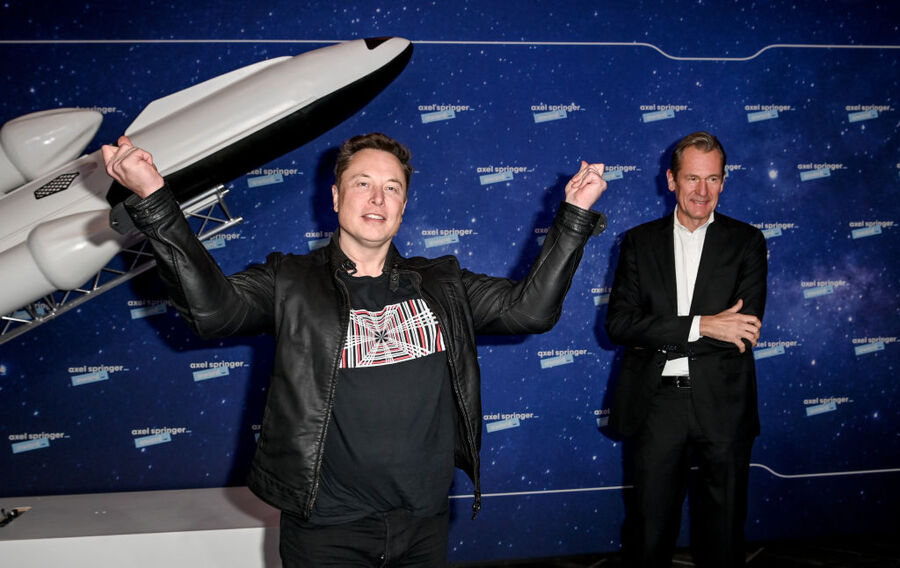 Musk relocated from California to Texas last year. In parting he slammed California's "complacency" as the largest economy in the U.S. and the fifth-largest in the world:

"If a team has been winning for too long they do tend to get a little complacent, a little entitled, and then they don't win the championship anymore. California's been winning for a long time. And I think they're taking them for granted a little bit."

In other Musk news, he's scheduled to host "Saturday Night Live" on May 8, 2021, with musical guest Miley Cyrus. Several SNL cast members were upset and confused by the announcement because of Elon's history of controversies and enormous personal wealth.

As a subtle protest, after hearing the announcement cast member Aidy Bryant shared a screenshot of a tweet by Bernie Sanders which said: