By Brian Warner on November 24, 2020 in Articles › Billionaire News

Back in early August, there were only two people on the planet who had a net worth above $100 billion: Jeff Bezos and Bill Gates. By mid-August there were FOUR members of the centi-billionaire club after Mark Zuckerberg and Elon Musk made the jump. Today there are actually FIVE members of the club, after luxury goods honcho Bernard Arnault's net worth catapulted from around $85 billion to $105 billion as his conglomerate LVMH posted surprisingly strong results after a particularly brutal 2020.

Bernard Arnault has been a centi-billionaire before. Mark and Elon are newcomers to the club.

Mark Zuckerberg's net worth topped $100 billion for the first time on August 7, after Facebook stock hit what was then an all-time high of $272 per share. FB proceeded to trade all the way up to $304 a share, briefly giving Mark what is now his peak net worth of $115 billion. FB has since retreated down to around $270 a share.

Elon Musk's net worth topped $100 billion for the first time on August 26. That was exactly 90 days ago. At that point Tesla was trading at $430 per share. One week ago Tesla stock increased 13% in a day after it was announced that the company would soon be added to the S&P 500 index.

[BTW – Tesla's stock split 5-1 in mid-September. To keep the numbers easy to follow, we're referencing split-adjusted share prices in this article, even for when the stock technically hadn't split yet.]

At that point, the only two people above Elon were Bill Gates ($129 billion) and Jeff Bezos ($184 billion).

Fast forward to this morning.

As of this writing, a single share of Tesla would set you back $543. It has increased 25% in the three months since he first became a centi-billionaire.

As of this writing, Bill Gates' net worth is a shade under $128 billion.

That makes Elon Musk the second-richest person in the world for the first time ever.

Tesla stock closed the trading day at $555 per share and is actually up to $562 per share in after-hours trades. So Elon's net worth actually ended the day at $136 BILLION! 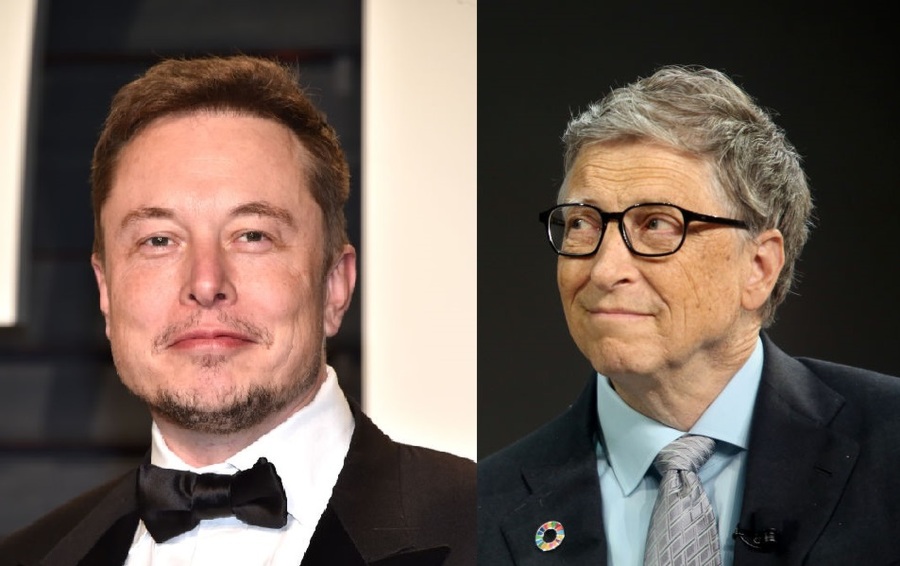 The Richest Person in the World

What would it take for Elon to become the richest person in the world?

Using the after-hours numbers, Elon is $47 billion shy of Jeff Bezos' $183 billion fortune. If it sounds totally insane to imagine a world where Elon could increase his net worth by $47 billion to overtake Bezos, consider this:

When Elon started the year on January 1, 2020, his net worth was $28 billion. That's not a typo. Elon's fortune has increased by $100 BILLION so far this year. So $47 billion is totally achievable on his current trajectory.

The top 10 richest people in the world right now:

Do you foresee a future where Elon Musk is the richest person on the planet? If his net worth increased $100 billion in 2020, do you think it will increase another $100 billion over the next 12 months?