By Joseph Gibson on November 17, 2020 in Articles › Billionaire News

Yesterday, it was revealed that Tesla will be added to the S&P 500 in December. The news sent Tesla stock jumping almost 15 percent. Thanks to his extensive Tesla holdings (he owns around 20% of Tesla's outstanding shares) Elon Musk's net worth jumped by an impressive $15 billion in just a few hours.

That move brought Musk's net worth from $102 billion to $117 billion. That jump means Musk is now the-third richest person in the world, surging ahead of Mark Zuckerberg ($107 billion) and trailing behind only Bill Gates ($129 billion) and Jeff Bezos ($184 billion).

Tesla's addition to the S&P 500 has been on financial analysts' horizons for a while now, but the official announcement nevertheless caused the company's stock market value to jump remarkably overnight. As of this writing, it's trading at about $444 per share, but barring any massive swings, Musk will be comfortably positioned as the world's third-richest person for a while.

The Standard & Poor's 500 Index (S&P 500) is basically a collection of 500 very large American companies. It is not the 500 largest companies in the US by market cap, though it's a close approximation. The index is weighted based on a number of criteria using a formula that takes into account market cap of a single company divided by the total of all market caps plus a variety of additional qualitative and quantitative factors.

In layman's terms, it's a list of 500 of the biggest and most important companies in the US according to the "Index Committee" at Standard & Poor's, which is a stock rating and analysis company.

Tesla technically met the requirements in September 2020, but the S&P overlords snubbed them. The market cap minimum today to join the S&P is $8 billion. FYI, Tesla's market cap right now is around $440 billion, so it's not like they were simply waiting to be big enough. There are other factors.

Why would a company's stock price jump when it's added to the S&P 500?

Two reasons. First, psychologically it's a very strong signal to risk-averse investors that a company is of high quality and has long term viability. Imagine the individual mom and pop investors who previously thought Tesla was too risky to hold in a personal stock portfolio. That investor might now consider picking up a few shares because it's been deemed good enough to be in the S&P 500.

Secondly, thousands of mutual funds and other investment indexes are structurally required to own every stock in the S&P. So let's say you ran a mutual fund that  mimics the S&P, yesterday you didn't need to own Tesla. Today you do. There are $11 trillion worth of assets in the financial world that are pegged in some way to the S&P 500. Those $11 trillion in assets need to re-balance themselves now to ensure they include Tesla.

And FYI, for every stock that is added to the S&P 500, one needs to be removed. As of this writing, that company has not been named. When it is named, you will likely see their stock price take a big hit as those same investors and funds shed the company from their portfolios. 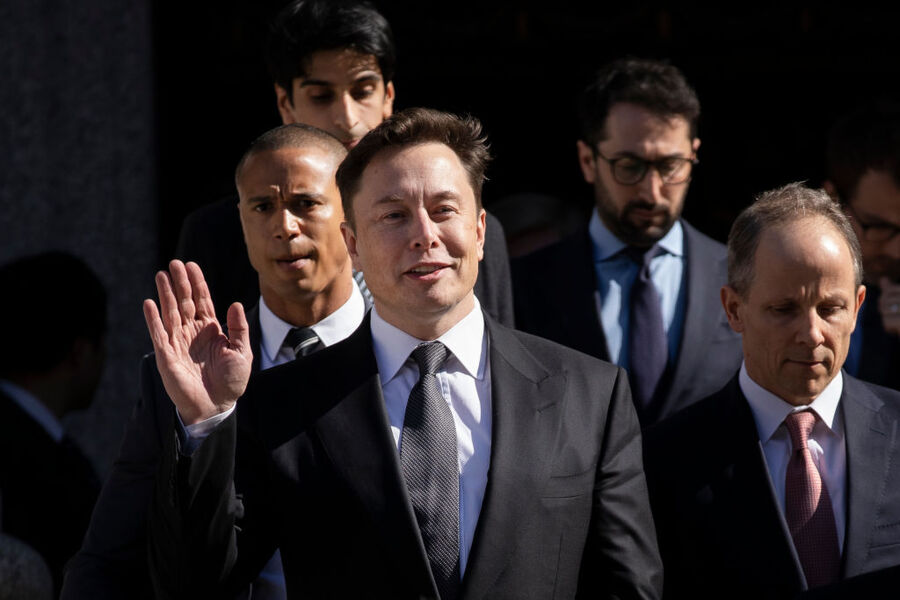 Tesla will officially be part of the S&P 500 on December 21st, and then there's no telling what could happen to the company's stock market fortunes. As you may know, that's especially good news for Musk, who receives no salary as CEO of Tesla, instead receiving compensation in the form of financial bonuses tied to the company's stock performance. That means that he'll get richer not just as his Tesla stocks appreciate in value, but as he receives more stock as certain financial benchmarks are met by the company.

The news comes as Musk has also seen some positive developments for one of his other major business endeavors, his space exploration company SpaceX. The company recently successfully completed a manned flight taking four astronauts to the International Space Station.