By Brian Warner on January 4, 2021 in Articles › Billionaire News

When Elon Musk started the week on Monday morning, he was $20 billion shy of being the richest person in the world. Elon's net worth was $170 billion. Jeff Bezos' net worth was $190 billion. Monday trading saw Tesla shares increase 3.4% and Amazon shares decrease 2.1%. With those moves, Elon cut Jeff's world-leading net worth fortune lead almost in half.

As of this writing (Monday evening post-market close), Elon Musk is just $11 billion away from being the richest person in the world: 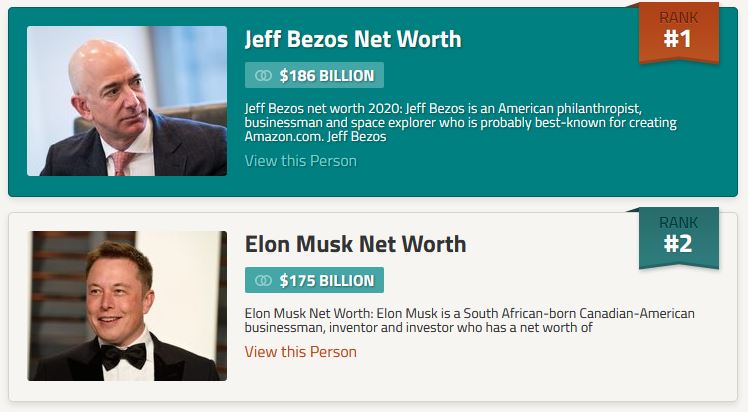 I have to say, I'm continually stunned by Elon Musk's net worth gains.

I had an inkling he might make a run for the richest person in the world some time in 2021, but I thought it would take months. And during those months I envisioned dozens of fun articles chronicling back and forth wealth battle between billionaire titans. I really thought Jeff would give Elon a good run for his money (literally). 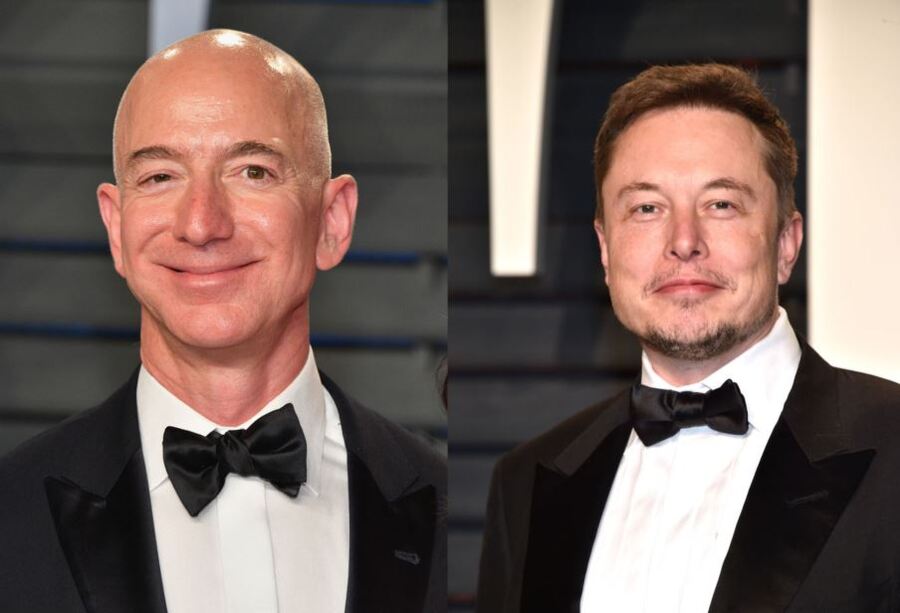 Never underestimate the power of Elon Musk's personal fortunes. To drive that point home, here is a brief rundown of Elon Musk's net worth milestones over the last 12 months:

So what I predicted would take months, might actually be over in the next few days.

Keep checking back! We'll obviously be watching this battle to be the richest person in the world very closely.