By Brian Warner on January 6, 2021 in Articles › Billionaire News

Elon Musk started this week with a net worth of $170 billion. At that point he was $20 billion shy of Jeff Bezos' $190 billion net worth. For a very brief moment this morning when trading opened, Elon was the richest person in the world. As of this writing (Thursday morning at 7am PST), Elon's $184 billion net worth puts him $1 billion shy from being the richest person in the world. Technically $1 billion plus $1.

Here's how the Musk and Bezos fortunes stacked up after Wednesday's market close:

Here's how the stack up in real time right now:

How We Got Here

As we reported previously, Elon was $20 billion away from Jeff Bezos on Monday. On Monday trading, Tesla shares ended up 3% and Amazon ended down 2%. These movements cut the gap to $11 billion – $175 billion (Musk) vs. $186 billion (Bezos). On Tuesday, both stocks ended up very slightly, so the gap was unchanged.

If Jeff Bezos' fortune continues to stay in the $184-186 range, we estimate that Elon needs Tesla to top $795 per share for him to take the crown. Tesla shares are currently trading at $790.

However – at today's open when Amazon very briefly dipped to $3,155 while Tesla was popping to $794. At that point, Elon was technically the richest person in the world. Amazon bounced back and is currently up 1.7% to $3,190. 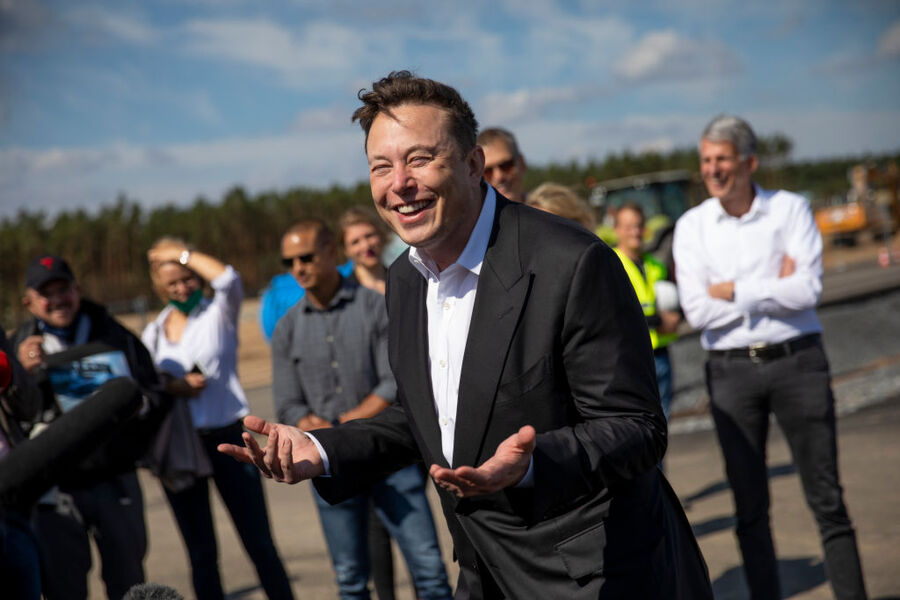 Before that brief moment today, Jeff Bezos was the richest person in the world without interruption since October 2017. Jeff topped the list for the first time in July 2017, overtaking Bill Gates. Gates and Bezos traded back and forth for roughly four months, then Bezos took off without competition until today.

Elon is the fifth person in the last 25 years to hold the top spot at least temporarily. The other four are Jeff Bezos, Bill Gates, Carlos Slim and Warren Buffett.

Below is a year-by-year breakdown of the person who held the title of richest person in the world for the majority of each year going back to 1995.