From $4.5 Billion To NOTHING In One Year. The Disastrous Fall Of Theranos CEO Elizabeth Holmes

It wasn't all that long ago that we were celebrating the genius and innovation of blood testing entrepreneur Elizabeth Holmes. In case you are not familiar with her story, Holmes famously dropped out of Stanford and founded what we all thought was a revolutionary blood testing company. She named the company Theranos, which was a combination of the words therapy and diagnosis.

Elizabeth's idea was that blood taken from a simple prick of the finger could be used to test for thousands of diseases. This was a far less intrusive form of diagnosis then the traditional needle-based blood sample. On the backs of a whirlwind of hype, Theranos raised a massive amount of money and eventually achieved a private valuation of $9 billion. As the 50% owner of the company, the 32-year-old Elizabeth Holmes' paper net worth rocketed to $4.5 billion. She was the world's youngest self-made female billionaire. She appeared on dozens of magazine covers, and received countless awards and honors.

That was one year ago. Today, her fortune is ZERO and her name is mud. Here's how it all went down… WAY DOWN. 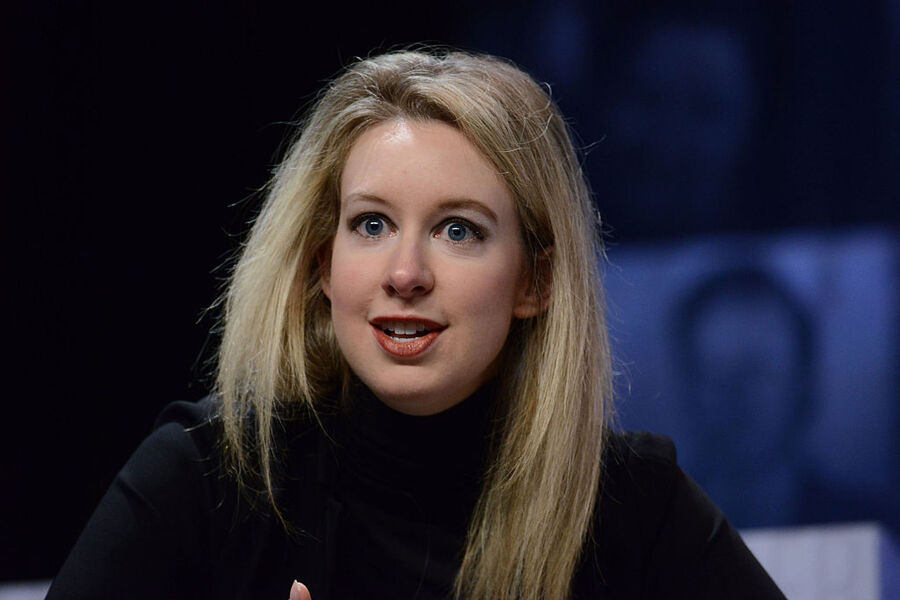 Last fall, Theranos ran into trouble when it was revealed that the company was exaggerating the results of their technology. Several former patients who've used the Theranos tests in Walgreens Wellness Centers received very inaccurate results. This made the company the subject of a criminal investigation. Theranos is accused of putting 81 people in danger by failing to disclose a problem with a specific hematology test.

Last month, Theranos was forced to void two years worth of blood test results. Now, the company may be facing a full on ban from blood testing from the federal regulators.

A dozen venture capitalists, industry analysts, and experts took a look at the whole Theranos mess and came to the conclusion that a more realistic valuation for the company was $800 million, not $9 billion. That $800 million gives the company credit for its intellectual property as well as the $724 million in funding it has raised.

Holmes 50% stake in Theranos is all common stock. That means that if the company sold tomorrow, Holmes would get paid out AFTER her investors, all of whom own preferred shares. The sad truth, is that if Theranos were completely liquidated today, when it was all said and done, Elizabeth wouldn't receive one dime.

That's a fairly steep drop from being worth $4.5 billion a year ago. Not to mention the psychological damage Elizabeth must be feeling today.