By Amy Lamare on February 7, 2017 in Articles › Billionaire News

Joaquin Guzman is a billionaire drug dealer who claims to be the notorious drug lord El Chapo. He is on trial in U.S. in Federal Court and last week, prosecutors argued that El Chapo should have to prove he was eligible for court-appointed attorneys.  After all, court appointed attorneys are technically paid for by American taxpayers and reserved for people without the means to hire their own representation. El Chapo is believed to be sitting on more than $14 billion in drug profits, so he hardly qualifies as indigent.

El Chapo is currently in solitary confinement at Manhattan's federal prison. At the moment, his attorneys are public defenders, but whether that remains the case or not is up in the air.

Prosecutors made their case in court as to whether or not the "billionaire leader of the Sinaloa cartel" should be able to continue his case with government-financed lawyers. El Chapo ended up with these lawyers when he was extradited from Mexico in January. He was apparently transported to the U.S. "suddenly and without warning to his attorneys." El Chapo was moved from a Mexican prison to Long Island, New York. 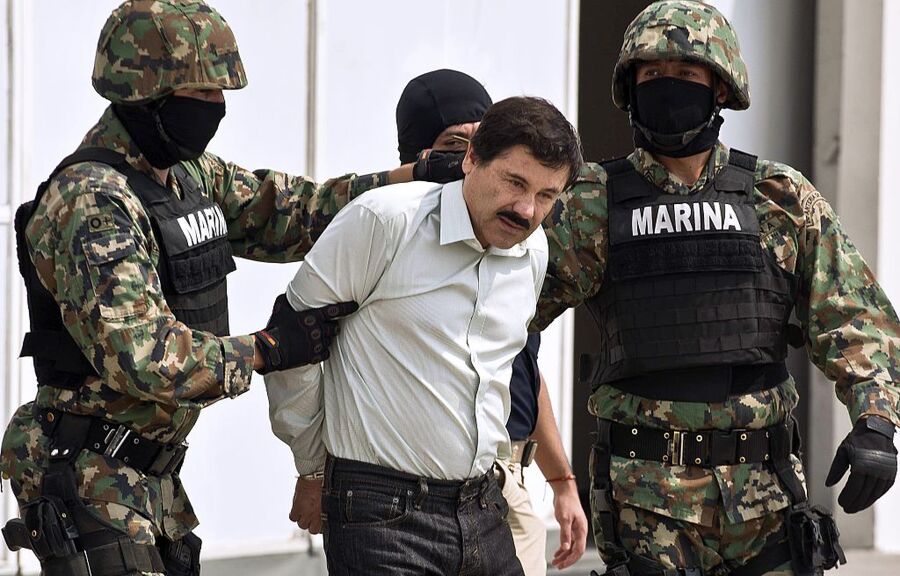 Meanwhile, El Chapo appeared at a hearing in Brooklyn on Friday, February 3rd. His attorneys wanted  him to appear in person but court officials wanted him to appear via video link for security due to a threat that arose via video from another prison.

Federal prison inmates filmed a video message for El Chapo that they vowed to protect him and help him escape. Five men with partially concealed faces pledged their loyalty to the imprisoned drug kingpin.

"We are the hit men who are going to take care of him," one of them said in the message.

The video was filmed in a privately operated prison that has a contract with the government.

El Chapo famously escaped from prison twice in Mexico. American authorities are not taking any chances.