By Beth McDonald on February 9, 2016 in Articles › Billionaire News

In 2016, you'll be seeing a whole lot more of John McAfee, the 70-year-old eccentric cybersecurity pioneer. McAfee, who created the computer antivirus software that bears his name, has been promoting his new ventures, including privacy software firm, Future Tense Central and Everykey, a device that replaces online passwords and can wirelessly unlock your phone, laptop, and other access-controlled devices, such as a vehicle. He's also planning to debut "The McAfee Project," a docu-series on Spike TV in early 2016, and he's been a cybersecurity columnist for the International Business Times since early 2015. Oh, and he's running for president.

McAfee, who has a net worth of $4 million, founded McAfee Associates in the late 1980s, and developed one of the first computer antivirus software programs.  After amassing a net worth of over $100 million by the early 2000s from selling his shares in McAfee Associates and other ventures, he lost the majority of his fortune in the Great Recession of 2009. 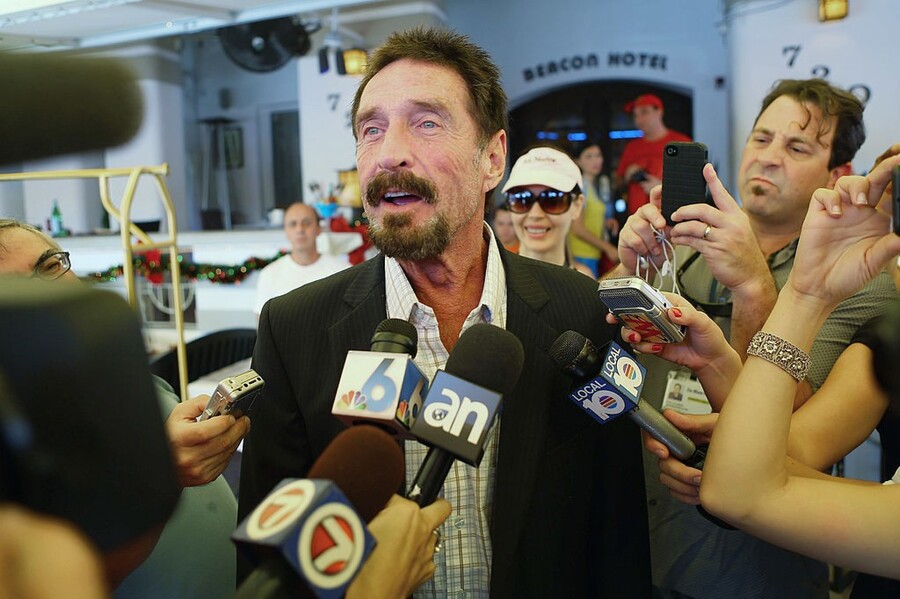 After selling off most of his properties and investments to pay off debts, according to the New York Times, McAfee relocated to Belize, a small country in Central America. Rather than retire with his remaining assets, he invested in several companies in Belize, including a medical laboratory that studies medicinal plants, according to Wired. However, in mid-2012, McAfee's compound was raided by the police on suspicion of drug trafficking. Although the charges were dropped, later that year he fled the country after being named a person of interest in the murder of his neighbor.  The Belizean government seized his assets and the buildings on the property later burned down. "Everything I owned was in Belize. I left with nothing in my pocket," McAfee said to CNN in 2014.

McAfee hasn't stopped making headlines since returning to the United States. According to the Oregonian, McAfee allegedly threatened a building manager in Portland, Oregon in late 2013, after he warned McAfee he owed over $2,000 in rent.  He was arrested in early 2015 for DUI and possession of a handgun in Tennessee later the same year.

Despite his checkered past, McAfee announced in late 2015 that he is running for president under his self-made Cyber Party. "I have a huge underground following on the web," he told CNN. "I promise you I will win because I have the votes." However, he recently switched to the Libertarian Party, citing the need to align himself with a more established party in order to win the nomination and appear on the voting ballots, according to USA Today. "For me, it's important to get boots on the ground," he said in the article. He plans to run on a platform of increased cybersecurity and reduced government oversight, as well as a simplified tax code, decriminalization of marijuana, and the creation of a large-scale public works program to reduce unemployment.

Although his bid for the White House is uncertain, his new business ventures, documentaries, and writings are sure to keep him in the limelight for some time to come.