By Amy Lamare on March 1, 2020 in Articles › Billionaire News

Pierre Omidyar overcame incredible odds to build eBay from nothing into a company that changed the face of e-commerce forever. He became an instant multi-billionaire when eBay went public in September 1998. Almost as soon as he became a billionaire, he decided to give it all away.

Omidyar and his wife Pamela moved to California in 1988 after he graduated from college. He started and sold a small computer company. Pierre found himself thinking about a way to use the newfangled "internet" to match buyers and sellers of collectible products. This is how eBay was born. The company's first iteration was launched on September 3, 1995, and it was actually called "Auction Web." After just a few days being live, Pierre was shocked to see that a broken laser pointer that he put up for auction as a test, had actually sold for $14.83. Stunned, Pierre actually reached out to the buyer to explain that he was aware that the laser pointer was broken. The buyer responded, "I'm a collector of broken laser pointers." 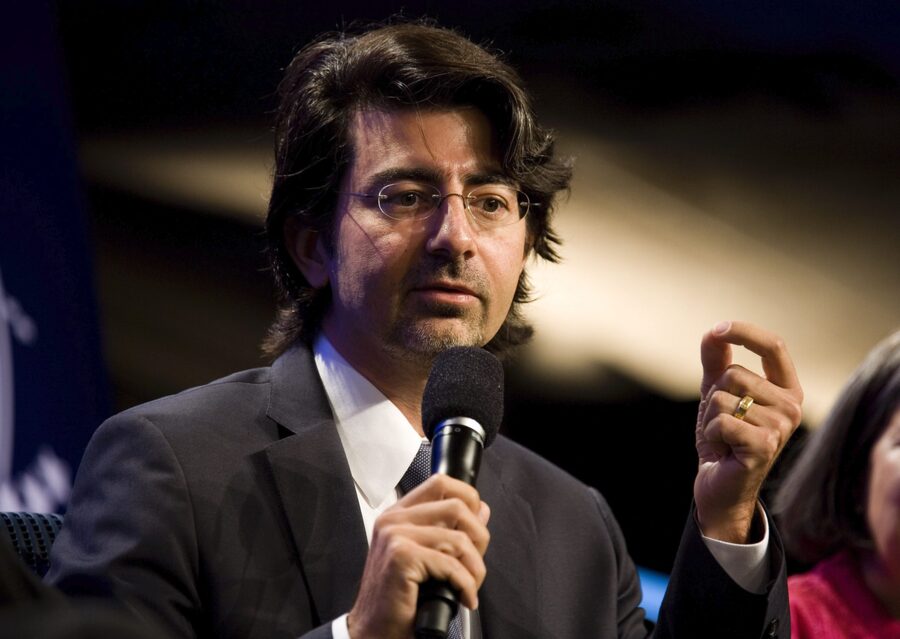 eBay went public on September 21, 1998. The company was expected to go public at $18 a share, but at the end of the first day of trading topped $53.50. Pierre's 178 million shares were worth $9.4 billion. He was 31 years old. Suddenly, Omidyar could literally buy anything he wanted. He realized that since he could buy anything he wanted, he didn't actually want anything. Amazingly, Pierre decided right then and there that he was going to spend the rest of his life giving 99% of the fortune away.

Omidyar was inspired by what he witnessed among eBay users – he found that they largely treated each other with respect. Omidyar and his wife Pam founded Omidyar Network in 2004, based on the belief that every person has the potential to make a difference. They set out to make a major difference. The Omidyar Network created the concept of venture philanthropy. Their targeted causes are education, science, fighting childhood cancer, and protecting the environment.

The Omidyars have a different philosophy when it comes to the Network's giving. They don't invest in short-term goals, rather they seek to rebuild the sense of community that's needed to fix goals like feeding the hungry, teaching the illiterate, and sheltering battered women. Over the years, the Omidyars have continued their commitment to philanthropy in a big way.  In fact, in 2010 Bill Gates approached Pierre and Pamela about joining the Giving Pledge. However, he was a bit late, since the Omidyars had been generously donating their fortune for a decade at that point. In fact, they have an end goal of giving away 99% of their wealth by 2020.

In 2018, the Omidyars donated more than $352 million to the causes dearest to them. In 2019, they donated $470 million. As staggering a sum as $470 million is – it's half a billion after all – it is around 6% of his overall net worth. That's not to say it isn't incredibly generous, because it is! However, for many billionaires, their wealth is growing at a faster rate than they can give it away. Pierre Omidyar has a current net worth of $7.8 billion, so he has some work to do to meet his goal of donating 99% of his net worth by the end of 2020.

Perhaps he's adjusted that goal. He's been a billionaire for more than two decades and that kind of money multiplies. After all, when your net worth keeps growing and you've committed to giving most of it away, you can barely give it away fast enough. That would be a good problem to have!