Eat Mor Chikin: The Family Behind Chick-Fil-A Has An $11 Billion Fortune

Samuel Truett (S. Truett) Cathy founded Chick-fil-A in the 1960s and in doing so, poured the foundation for what would become one of America's richest family dynasties. Chick-fil-A has remained in the Cathy family over the years and is run today by second and third generation family members. Dan Cathy and Don "Bubba" Cathy are Truett's sons and they run Chick-fil-A as CEO and executive vice president. Both are billionaires in their own rights.

The Cathy family members have all been born and raised in the south. All have made it their mission to grow Chick-fil-A across the U.S. The fast food chain is largely credited with creating the fast food chicken sandwich and has a legion of devotees that love it. On the corporate side, the company has been praised for its company culture, customer service, and quality food. The company has also received a fair amount of backlash over its anti-same sex marriage views that align closely with the Cathy family's deeply held Christian beliefs. After all, Chick-fil-A famously closes on Sunday, so as not to interfere with customers' church going. 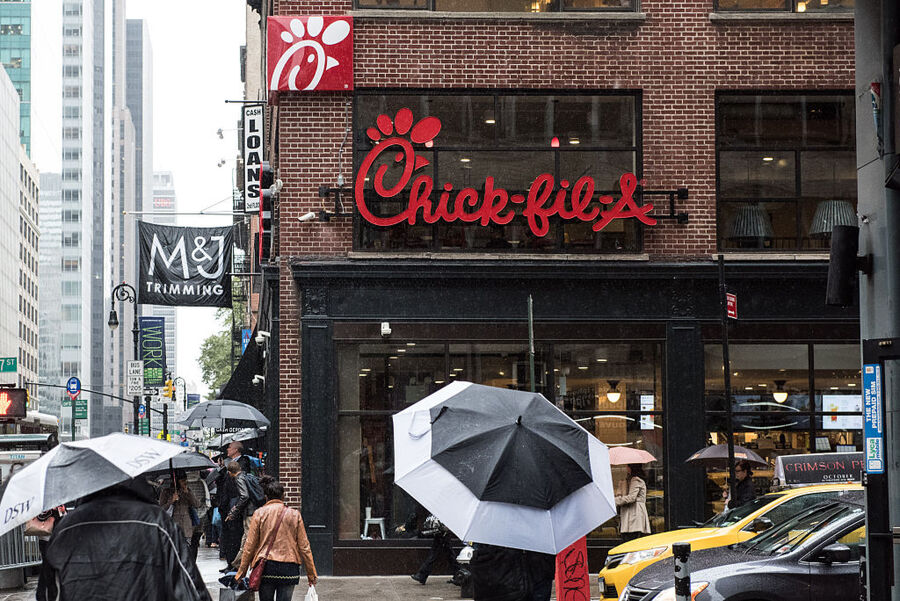 In 1946, Truett and his brother Ben opened a diner in Atlanta called the Dwarf Grill. They later renamed it the Dwarf House. They served an early version of their chicken sandwiches to workers at the nearby airport and Ford factory. Ben died in a plane crash in 1949, leaving Truett to run the business by himself.

In 1967, Truett opened the first Chick-fil-A in an Atlanta mall. More than 50 years later, Chick-fil-A is an enormous restaurant empire. There are more than 2,300 Chick-fil-A restaurants in 47 states plus Washington D.C. The company had more than $10 billion in revenue in 2018 – which was 51 consecutive years of sales growth. Chick-fil-A is the most profitable fast food chain in the U.S. on a per-location basis. The average Chick-fil-A location brings in more than $4 million annually. Chick-fil-A is still 100% owned by the Cathy family.

When Truett passed away in 2014, he left the family business to his sons Dan and Bubba. Under their leadership, Chick-fil-A grew – leaving the south and the suburbs and establishing big city locations in L.A., New York, and Chicago.

Since 2003, the Cathy family's WinShape foundation has donated more than $5 million to anti-gay groups. In 2012, Cathy's son Dan told a newspaper called the Baptist Press that the company was "guilty as charged for backing the biblical definition of a family." Gay rights groups were up in arms over the statements and urged customers and other corporations to stop doing business with Chick-Fil-A. Politicians in several American cities where Chick-Fil-A was hoping to open new locations, made it clear that the company was not welcome.

However, the Cathy family foundation has done some non-controversial good, as well. Most of Truett's charitable work was focused on helping underprivileged children. In 1984, he established the WinShape Foundation which, in addition to operating summer camps and developing foster homes, also operated programs that supported marriage counseling, the wilderness and college scholarships. His Chick-fil-A Leadership Scholarship program awarded over $23 million in grants to employees over the last 35 years. Over the last three decades, the WinShape program has provided foster care for hundreds of kids. Today the program runs foster homes in Alabama, Georgia and Tennessee. In 2008, President George W. Bush bestowed on S. Truett Cathy the President's Call to Service Award.