By Amy Lamare on March 5, 2018 in Articles › Billionaire News

Drew Houston is the CEO of cloud storage company Dropbox. He's about to become Silicon Valley's newest hotshot when his company goes public. Dropbox recently filed the S-1 paperwork for its long awaited IPO. In the documents, it was revealed that Houston, who will turn 35 on March 4th, made $110 million in cash and stock in 2017.

Houston's total compensation package breaks down to $400,000 in base salary and a cash bonus of $260,000. The bulk of Houston's salary came from a restricted stock grant. The 15.5 million share grant was valued at $109.6 million by Dropbox. That gives each share a price of roughly $7.07. Houston stands to gain a lot by holding onto the shares in the grant as they will vest in the next four to 10 years, depending on when the company's stock hits certain prices. 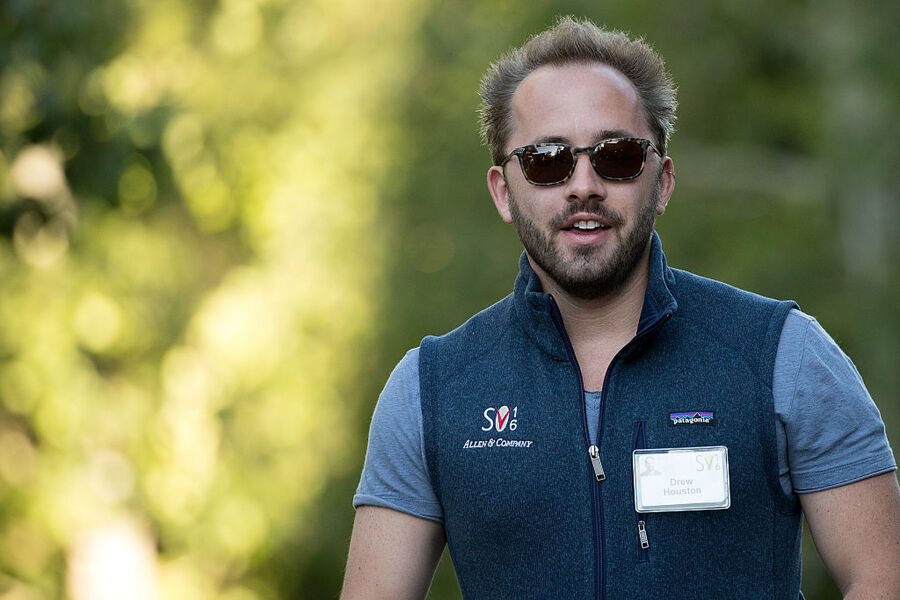 Houston could see some of the cash from that grant by next year. About 3.1 million of Houston's shares will vest after January 1st (once the lock-up period on insider selling ends) if Dropbox's shares hit $20. That would be roughly $62 million for Houston.

The highest share price targeted in the grant is $60 a share. If Houston hits that target – and hangs onto all of the shares he was given, that would amount to $930 million. Houston also holds 127 million shares of Class B stock in addition to the grant. Class B stock offers more voting power than the Class A shares that will be sold to the public. Class B shares were valued at $7.01 each at the end of last year. That puts them worth $891 million.

Basically, Houston stands to gain a lot by hanging onto those shares and keeping Dropbox a hot company. The S-1 filing shows that while Dropbox's annual performance has been improving, it is still not a profitable company. Dropbox lost $11 million on $1.1 billion in 2017.

Other high profile names that stand to win big in the Dropbox IPO include co-founder Arash Ferdowski, venture capital firms Sequoia Capital and Accel, the board of directors – which includes former HP CEO Meg Whitman and former U.S. Secretary of State Condoleezza Rice.

Drew Houston has a net worth of $1.2 billion.