Welcome another brand new billionaire to the club – DraftKings' CEO, Jason Robins. The 40-year-old saw shares of his company surge more than 11% to close at $69.29 recently. That surge led to the company raising its net revenue projection from $3.7 billion to $5.4 billion. While Robins became a billionaire, his two co-founders, Paul Liberman and Matthew Kalish saw their net worths rise to at least $500 million each. DraftKings had a great fourth quarter with revenue of $322 million, which is 146% more than the $131 million in revenue from the same time period a year earlier.

Robins co-founded DraftKings with Liberman and Kalish in 2011. The trio met when they all worked for Vistaprint. Kalish's 1.8% stake in the company pushes his net worth to $500 million while Liberman's 2% stake is worth $550 million. Robins has a 4% stake in the company. He is the second billionaire in the company. Israeli entrepreneur Shalom Meckenzie became a billionaire in May 2020 during a previous surge in the company's stock price. Meckenzie founded SBTech, a gambling technology company in 2007. SBTech was part of the SPAC deal when DraftKings went public in April 2020 along with Diamond Eagle Acquisition Corp. Meckenzie is one of the largest shareholders in DraftKings and is a member of its board of directors. 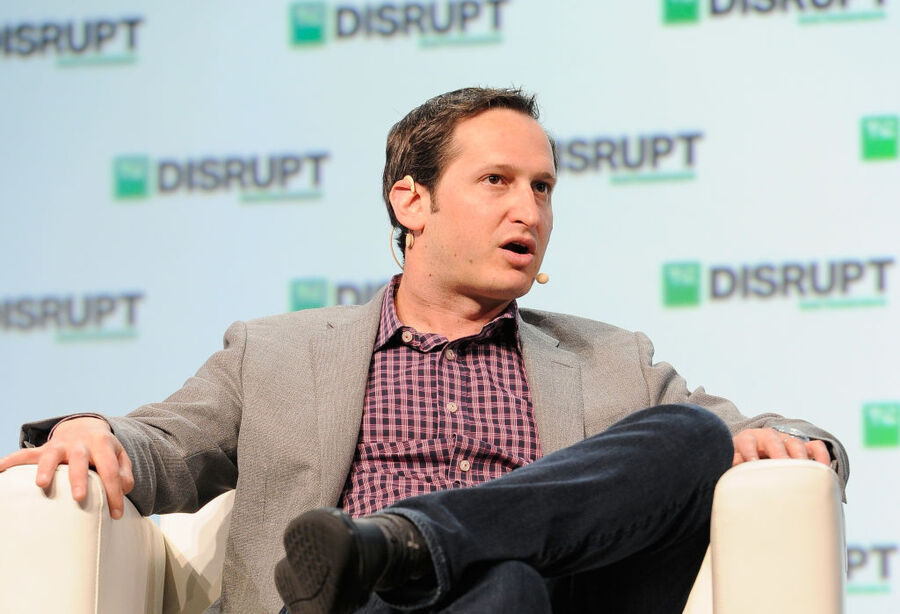 DraftKings was born out of Robins' love for fantasy sports leagues. At one point, he was in 100 different fantasy sports leagues, according to an interview he gave in November 2020. The company was launched from the spare bedroom of one of his co-founders while it raised seed money and closed deals with ESPN, MLB, and the NHL. There were bumps in the road along the way. In 2015 the New York Attorney General accused the company of running afoul of regulatory issues when an employee was accused of insider trading. In 2017, DraftKings unsuccessfully attempted to merge with competitor FanDuel.

DraftKings benefitted greatly after the Supreme Court ruled that the Professional and Amateur Sports Protection Act was unconstitutional, leading 20 states and Washington D.C. to legalize sports gambling. The online sports betting market would be a $22 billion industry if all 50 states legalized sports gambling according to DraftKings. DraftKings took part in the SPAC merger and IPO during the thick of the Covid-19 pandemic when live sports were extremely limited. Since the IPO, the company's stock has risen 250%.

Robins' career goals in high school were simple. He wanted to get his MBA and get rich. He enrolled at Duke and studied economics, math, and computer science. Instead of getting an MBA, he headed into the tech world. He took a job at Capital One and then convinced his bosses to assign him to a Boston-based startup the credit card company had acquired. He moved on to the marketing company Vistaprint where he met Liberman and Kalish. Along the way, he picked up the ins and outs of data analytics, web marketing, and corporate accounting. He started to think he wanted to start his own company. As mentioned, he was (is) an obsessive sports fan who was in hundreds of fantasy sports leagues. It was Kalish who pitched Robins' the basic concept that would become DraftKings one day in 2011 in a conference room at Vistaprint. Robins knew immediately this was the company he wanted to found.

Robins, Kalish, and Liberman made Liberman's spare bedroom the first headquarters for DraftKings. They quit their jobs at Vistaprint and invested their savings into the fledgling company. There was just one problem – their idea wasn't as original as they thought it was. FanDuel was already up and running. Robins' was undeterred and pointed out that Google launched years after the first search engines and Facebook launched years after the first social networks – both those companies just did what they do better. Robins set out to do that with DraftKings.

DraftKings' sunny outlook for revenue is based on the mainstream spread of legal gambling. Currently, California, New York, Texas, and Florida are considering making online sports betting legal. This would represent more than 100 million potential new DraftKings customers. Those four states represent about 60% of the U.S.'s sports betting market.