By B. George Young on September 30, 2015 in Articles › Billionaire News

With a net worth of more than $70 billion, Warren Buffett is the third richest person in the world. Buffett has said that he plans on giving away 99% of his wealth, which is pretty incredible. By now, you probably know the broad strokes of how Warren became the Oracle of Omaha, but what are we missing? Here are five interesting facts you may not have known about Warren Buffett and his rise to multi-multi-multi-multi-billionaire status.

Little Warren was already having lunch with a member of the New York Stock Exchange at just 10 years old. At 11, he purchased his first stock, which was Cities Service Preferred for $38 a share. As a teenager Warren was making about $175 a month, which was not bad back then, and by the time he was 16 he had more than $50 thousand in the bank.

Warren felt very confident after his admissions interview at Harvard Business School, but the prestigious university did not accept him. He settled for Columbia University, which turned out to be just as good. One of Buffett's idols was Benjamin Graham, who authored "The Intelligent Investor." At first, the author would not meet with Buffett because he was not Jewish, but his persistence would pay off when he was eventually hired by Graham. 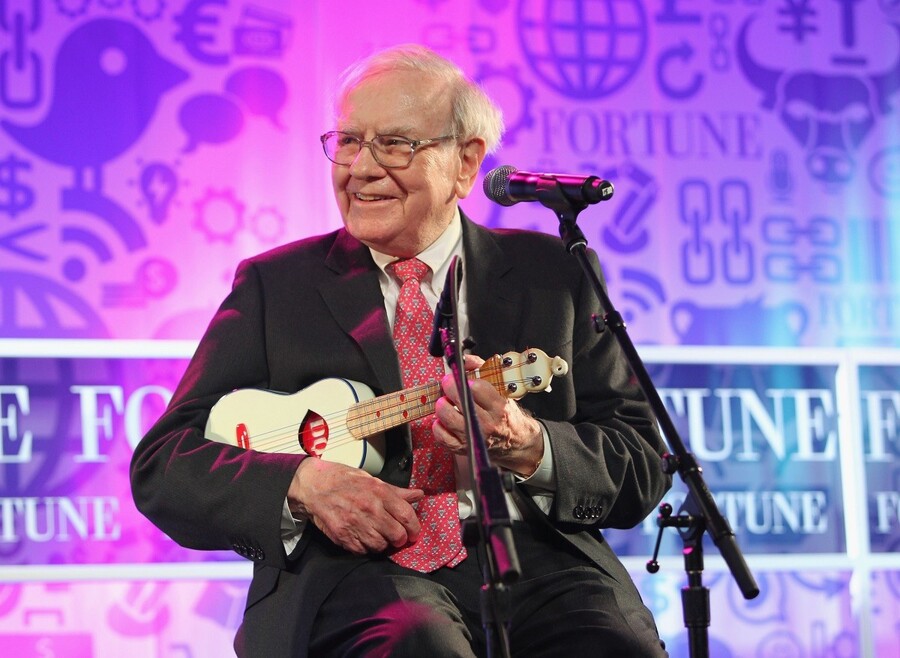 Buffett still lives in the same house he purchased in 1956: a five bedroom home in Omaha, Nebraska for which he paid $31,500. By comparison, a house across the street from the Buffett residence would cost you more than $2 million today. He does not use a computer at his desk and opts for a flip phone rather than a smart phone. And he still uses an old-school set of encyclopedias to look things up!

#4 He Keeps Time for Hobbies

Buffett is not all work and no play. He reportedly spends about 80% of his day reading. He also plays bridge for about 12 hours a week. His partner? Bill Gates. Buffett is also a notorious Coca-Cola drinker, saying he drinks "at least five 12-ounce servings… everyday." Warren also enjoys ice cream for breakfast.

In 2013 alone, Warren Buffett made an average of $37 million dollars… Not for the whole year, per day! That is more than Scarlett Johansson, the second highest paid actress in the world, made in all of 2014.

Oh, and one more bonus fact: Warren's net worth is higher than the GDPs of Uruguay, Guatemala, Kenya, Uzbekistan, Dominican Republic and Myanmar, combined!