Donald Trump's Feuds With Other Billionaires

By Amy Lamare on March 5, 2016 in Articles › Billionaire News

Reality TV mogul and real estate magnate Donald Trump is no stranger to controversy. The presidential hopeful has engaged in a number of epic public battles with a wide array of people – from Fox News' Megyn Kelly, to his GOP rivals Ted Cruz and Mario Rubio, to the Pontiff himself, Pope Francis. Trump also has a history of  fighting with his fellow billionaires. Let's take a look at the wealthiest people who have drawn the wrath of the Donald.

The Feud: Trump has accused Fox News and The Wall Street Journal, two of Rupert Murdoch's media properties, of unfairly reporting on Trump's campaign for the U.S. presidency. Trump even boycotted the presidential debate that aired on Fox News last month, as a result of this grudge. The Wall Street Journal posted a joint national poll with NBC News that showed that Trump was just barely behind Ted Cruz in the polls. Trump called the results "a phony poll," since other major national polls showed that he led by a wide margin.

The Feud: Trump picked a fight on Twitter with the Saudi Royal Family in late January, when he retweeted image of Megyn Kelly photoshopped into a picture of Prince Alwaleed and his sister. The prince took to Twitter to declare the photo a fake and to remind Trump that he had bailed the reality TV star out twice before: in 1991 when Trump was deep in debt, Alwaleed bought the real estate magnate's yacht Trump Princess for $281 million and again in 1995, when the prince acquired a majority state in the Plaza Hotel while Trump was in the midst of one of his four bankruptcies. Trump denied that he had ever received any financial assistance from Prince Alwaleed and insinuated that it was the prince who needed bailing out, not him. 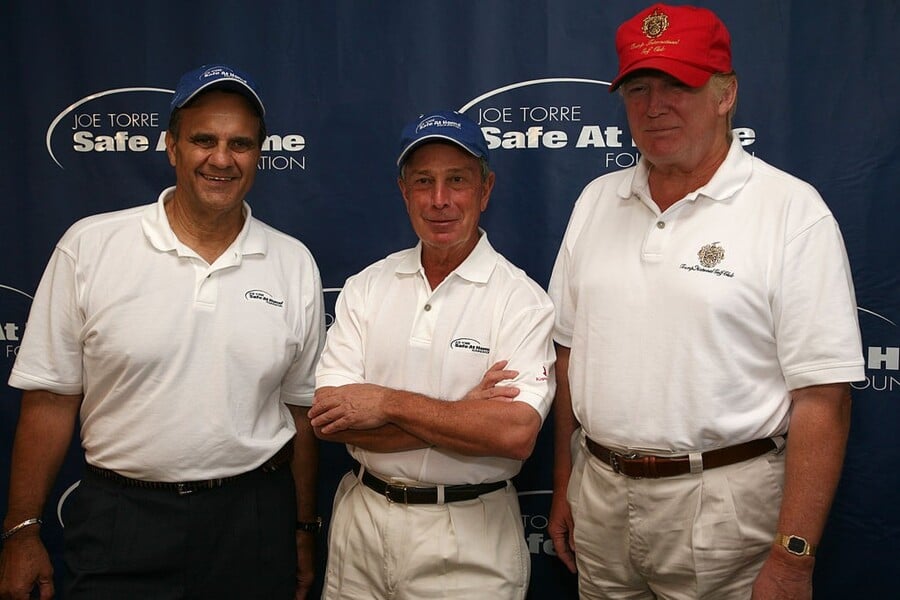 The Feud: For decades, Trump and Bloomberg were on friendly terms. Trump has bragged about past business deals with the former Mayor of New York City, including converting a construction site in the Bronx into a Trump-owned golf course. However, Trump has taken issue with Bloomberg Media's coverage of his campaign. That, coupled with the possibility of Bloomberg making a run of his own for the presidency, has cooled their relationship. Trump told Fox Business, "He was a friend of mine. As far as I'm concerned, he's not a friend of mine anymore."

The Feud: Last summer, Trump referred to Mexicans crossing the border into the U.S. as drug runners and rapists. Well, Carlos Slim Helu took issue with this and as a result, scrapped a planned project with Trump that was set to air on Slim Helu's network Ora TV. Slim Helu's spokesperson released a statement saying that Trump's remarks were racist and "totally out of line." He also said that "working with someone so close-minded was not going to work."