By Joseph Gibson on December 24, 2016 in Articles › Billionaire News

Conventionally, the president of the United States of America disinvests all of his business interests before taking office so as to assure the American people that he will not seek to personally profit or line his own pockets while ostensibly serving the country's best interests. It should come as no surprise, then, that President-Elect Donald Trump has opted for a different approach, and the most high-profile example is probably his Executive Producer credit on Celebrity Apprentice—The New Celebrity Apprentice, the upcoming new season of the show that rocketed Trump to a new level of celebrity and arguably paved the way for his current, supposedly less lucrative gig.

Forbes reports that Trump's executive producer job will earn him around $7 million for one 16-episode season of the show, which is a good 17.5 times the $400,000 presidential salary that Trump says he won't touch. As for what Trump will have to do to earn that $7 million, not much – executive producers can range from hands-on auteurs to check-cashing financiers, and since Trump himself says he plans to spend "zero time" executive producing the show, it appears he will be the latter. Trump is supposed to say more about his business dealings and TV jobs in a press conference dealing with his apparent conflicts of interest as president, but it has been postponed until January. 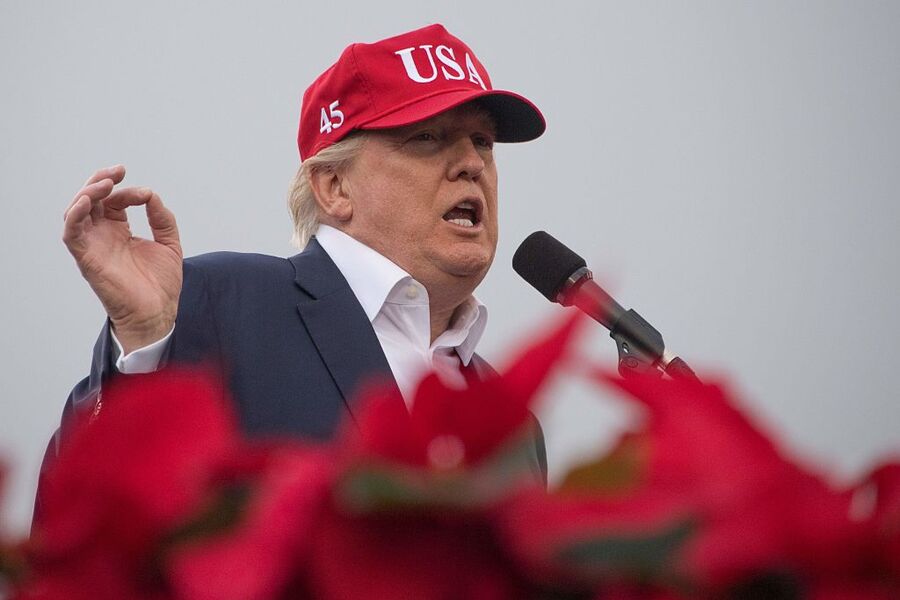 About $5 million of Trump's Celebrity Apprentice payments will come from fees, royalties, and product placement revenue, the latter being a key component of the show's model, as companies and brands pay to have their products featured on the show. The other $2 million is Trump's executive producer salary, and it's the latter that's entirely unprecidented for a sitting president to have. Trump's open business association with NBC leads some to speculate that he could offer the network advantages in the business world through his presidency, for example, or that coverage of Trump by NBC News or MSNBC could be impacted by the association out of bottom-line concerns.

In any case, Trump's presidential candidacy and now presidency are good news for anybody who stands to gain from The Apprentice's fortunes. What was formerly a flagging, played-out reality show franchise is now blowing up all over the internet to a degree of tripling its level of engagement online, according to digital analytics firm ListenFirst Media. So if, as many have speculated, Trump only decided to run for president in order to revive his brand for The Apprentice, he may have done too good a job.