Regardless of how you feel about Donald Trump, you can't deny that his Presidential campaign has been (and will hopefully continue to be) tremendously entertaining. Trump certainly is not afraid of saying whatever is on his mind, and that's been really refreshing for a Presidential candidate. While pretty much every other politician goes out of their way to never say anything important or controversial, Trump pumps out amazing sound bites, one after the other.

As part of the campaign process, every candidate is required to release a detailed breakdown of their personal finances. They must submit their disclosures within 30 days of announcing their candidacy. Candidates can request two 45 day extensions if they show "good cause".

Earlier today, exactly 29 days after announcing his candidacy, Trump submitted his official financial disclosure to the Federal Election Commission (FEC). I emailed the FEC requesting a copy of the disclosure, but I was informed that it will take at least 30 days to make the information public.

The good news is, Trump went ahead and announced all the best facts from the disclosure in a press release! 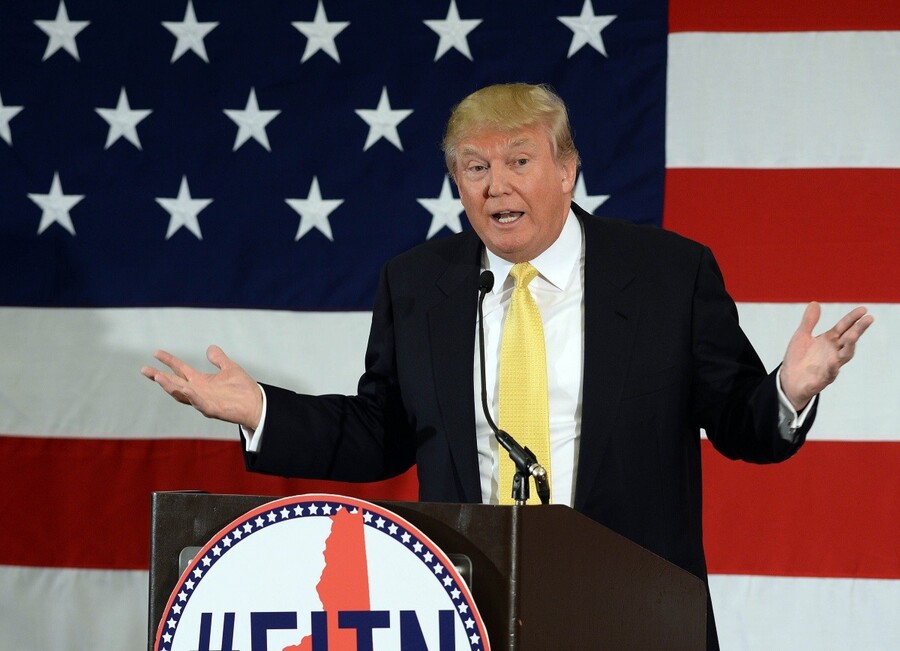 Now if you'll recall, on the day Trump first announced his candidacy back in June, he also released an estimated accounting of his net worth. Back then he pegged his total personal fortune to be worth $8.737 billion. He claimed to have $9.2 billion worth of assets and $500 million worth of liabilities. Before his announcement, CNW and Forbes both pegged Trump's net worth at around $4.5 billion. As we pointed out in this article, the primary reason Trump's estimation was so much higher is because he placed the value of the Trump Brand at $3.5 billion. Forbes and CNW placed that value at $100 million and $125 million, respectively.

The disclosure he just made with the FEC is much more detailed and official. In today's FEC financial disclosure, Trump pegs his total net worth north of $10 billion. That's a tiny bit strange considering he's actually lost a ton of sponsors and partnerships over the last few weeks due to his controversial comments about Mexican immigrants. So how did his net worth actually go up by more than $1 billion at a time when he seems to be losing business left and right?

According to Trump's press release, some of the property valuations that were used to calculate last month's disclosure were way too low because they were over a year old. Today he claims that the market value of his real estate properties have increased his net worth to at least $10 billion. Here's the full statement from the press release:

"Mr. Trump's net worth has increased since the more than one year old financial statement produced at his presidential announcement," the statement said. "Real estate values in New York City, San Francisco, Miami and many other places where he owns property have gone up considerably during this period of time. His debt is a very small percentage of value, and at very low interest rates. As of this date, Mr. Trump's net worth is in excess of TEN BILLION DOLLARS."

The press release went on to describe Trump's income for 2014:

"Mr. Trump's income for the year 2014, as reported in the PFD statement, is $362 million dollars. In addition, he was successful in choosing multiple stocks which were sold in January 2014," the statement said. "Even though stock market purchases are not something that Mr. Trump has focused on in the past, and while only a small part of his net worth, 40 of the 45 stocks purchased went up in a relatively short period of time.

For some reason, Trump's press release also decided to announce that over 14 seasons, NBC paid Donald $213,606,575 to host The Apprentice and Celebrity Apprentice. That averages out to $15.2 million per season. Kind of random but very interesting nonetheless!

Not bad for hosting a TV show! How do I apply to be the new host? We can call the show Celebrity Net Worth Apprentice 🙂